Banjo-Kazooie, a video game  released on the Nintendo 64 back in 1998, was my favorite game growing up, so when I found out that some of the folks who made the game were coming together again for a spiritual successor to Banjo, I eagerly anticipated its release.

Clearly others were excited, too, because the game raised nearly $3 million in funding on Kickstarter. Banjo-Kazooie is a game I've probably beaten a dozen times, and in my last play-through a few months ago, it still held up. Of course this new game would be just as good. 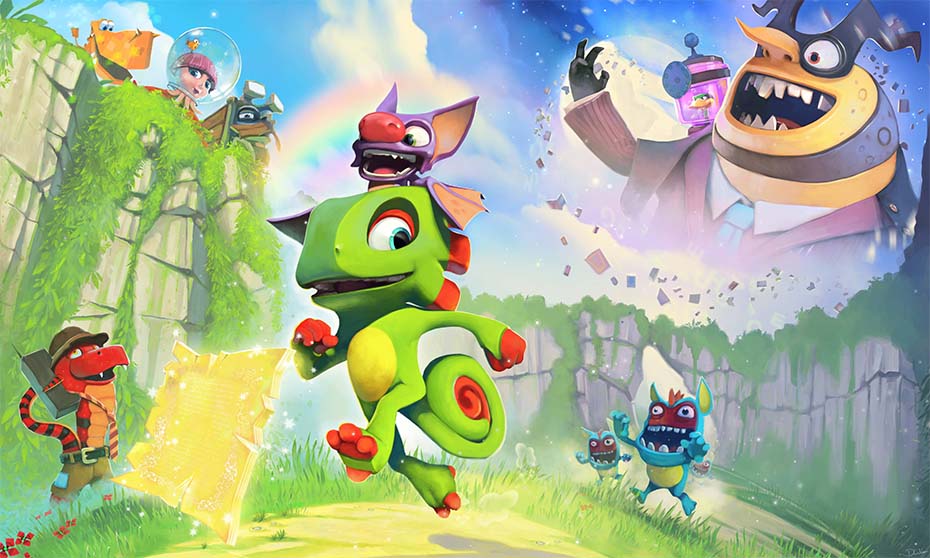 But when Yooka-Laylee finally came out earlier this month, I have to admit that at first, I wasn't impressed. The individual elements of the game, from the quirky, gabbing characters to the colorful themed landscapes, character controls, and even fonts, were just like Banjo—but since the old game did all those things a little better, comparing the two actually hurt Yooka-Laylee.

But over time, I think Yooka-Laylee was able to carve out a personality of its own, and the more I played, the more that became apparent. When I managed to separate the game from my expectations that come with a Banjo-Kazooie pseudo-sequel, I was finally able to enjoy it.

The game follows Yooka the chameleon and Laylee the fruit bat. They're besties who set out to stop the evil businessman Capital B when they discover he's created a machine to suck up every book in the world in an attempt to get his hands on one very magical book. But Capital B fails, and 100 pages, or "Pagies," from this magic tome escape. It's up to Yooka and Laylee to travel through various worlds, learning new skills along the way, to rescue these Pagies and put the book back together again.

At the beginning of the game, both Yooka and Laylee are pretty underpowered, but they'll be gaining lots of useful new moves as the game progresses. They gain these moves from a shorts-wearing serpent named Trowzer, sometimes as free handouts and sometimes in exchange for Quills, which can be collected en masse within the game's five main levels. 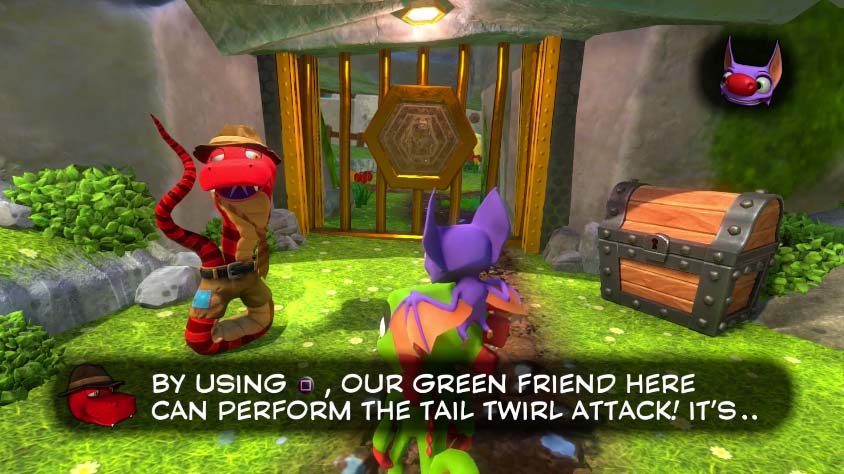 Trowzer is just one example of some of this game's truly genius character design. He's the ultimate answer to those "How would a snake wear pants?" memes, which I've never seen before in a game, and don't expect to see again soon.

And speaking of the levels, they're all gorgeous and huge. Each themed world makes the most of its landscapes, and while the game doesn't boast super-polished current generation console graphics, the cartoony style feels just right for the gameplay. These worlds vary a lot, giving the player new things to do all the time. They've also got fun alliterative names like Glitterglaze Glacier and Moodymaze Marsh, hearkening back to the 64-bit era.

Sprinkled throughout these worlds are Quills, the main in-game currency, and the magical Pagies, which are typically obtained by completing a specific quest. Nabbing more Pagies allows you to unlock more areas to explore.

The hugeness of these areas has its pros and cons. It's awesome running around in such a massive area and discovering every little thing there is to find, especially when you can make the levels even bigger by spending a few Pagies. On the other hand, levels can be so expansive that it's easy to get lost or forget where you need to go to press forward.

In Banjo-Kazooie, there were 100 collectible music notes in every level. They were like breadcrumbs, guiding players through the level to lead them into areas they haven't yet explored. In Yooka-Laylee, Quills serve a similar function, but even though there are 200 of them in each world, they manage to feel even more sparse, and with larger worlds it becomes more difficult to use them as an indicator of yet-unexplored territory.

The music in the game was also written by the guys who did Donkey Kong Countryand Banjo-Kazooie, so it's excellent. Not only is it evocative and perfect for the worlds you're exploring, but it changes subtly as you travel into different areas within the same world. The character speech is more divisive, consisting of grunts, groans and squawks. Back in 1998, it was tough to put full voice acting in a game, but Yooka-Laylee opts for the classic style despite technological advances. Whether you find this charming or irritating will depend entirely on your disposition. 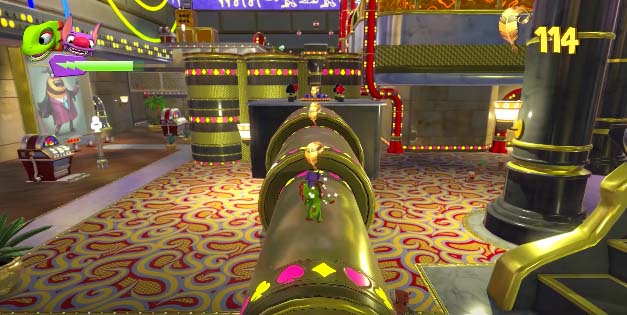 My biggest gripe with the game is the camera controls, which fluctuate between being unresponsive and too sensitive. There were times where I actually had to take a break from playing because the camera was moving around so much I got motion sickness. I don't know if it's due to the rest of the game looking so modern, but the camera controls sometimes feel worse than what was available 20 years ago.

But if you can get past the sometimes-wonky camera angles, you'll find a game that's worth playing. And even though it's brightly colored and whimsical, don't mistake it for child's play. Yooka-Laylee is a challenge, and it never spoon-feeds you solutions to problems that are stumping you. Platforming challenges might make you retry again and again and again, and puzzles will require you to really think before you uncover the answer. 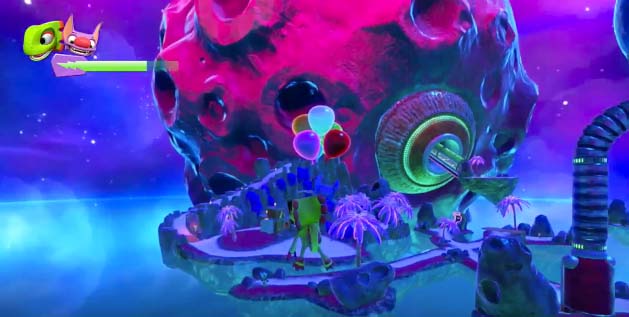 Despite its missteps, I hope Yooka-Laylee will inspire more 3D platformers like it, and that those games will be more willing to take risks, do new things and do what they can not to rest on the laurels of what happened in the pat. With Super Mario Odyssey coming out later this year, I'm very curious to see how it compares.

Yooka-Laylee is available now for Mac, Windows, Linux, PlayStation 4 and Xbox One, with a Nintendo Switch release slated for later this year. Find out how to get them here.