Malaysian R&B singer Yuna has returned with Y4, the fourth installment to the collection of EPs leading up to the final project Y5.

The latest EP features three disco and jazz-infused tracks that explore the ups and downs of being in love. Alongside it, Yuna released the '70s- and '80s-inspired music video for "Fool 4 U" that will definitely invoke a feeling of warmth and nostalgia in anyone who listens. If you love Yuna as much as we do, you will be excited to know she will embark on the November Tour later this year for everyone to hear all their favorite songs from Y1 to Y5 live!

We were thrilled to catch up with Yuna on a Zoom call, where she gave us a further glimpse into the Y series. Keep scrolling to learn more about how her Malaysian heritage inspired the EP, her experience self-producing during the pandemic and the way she's stayed in touch with her fans over the past year. 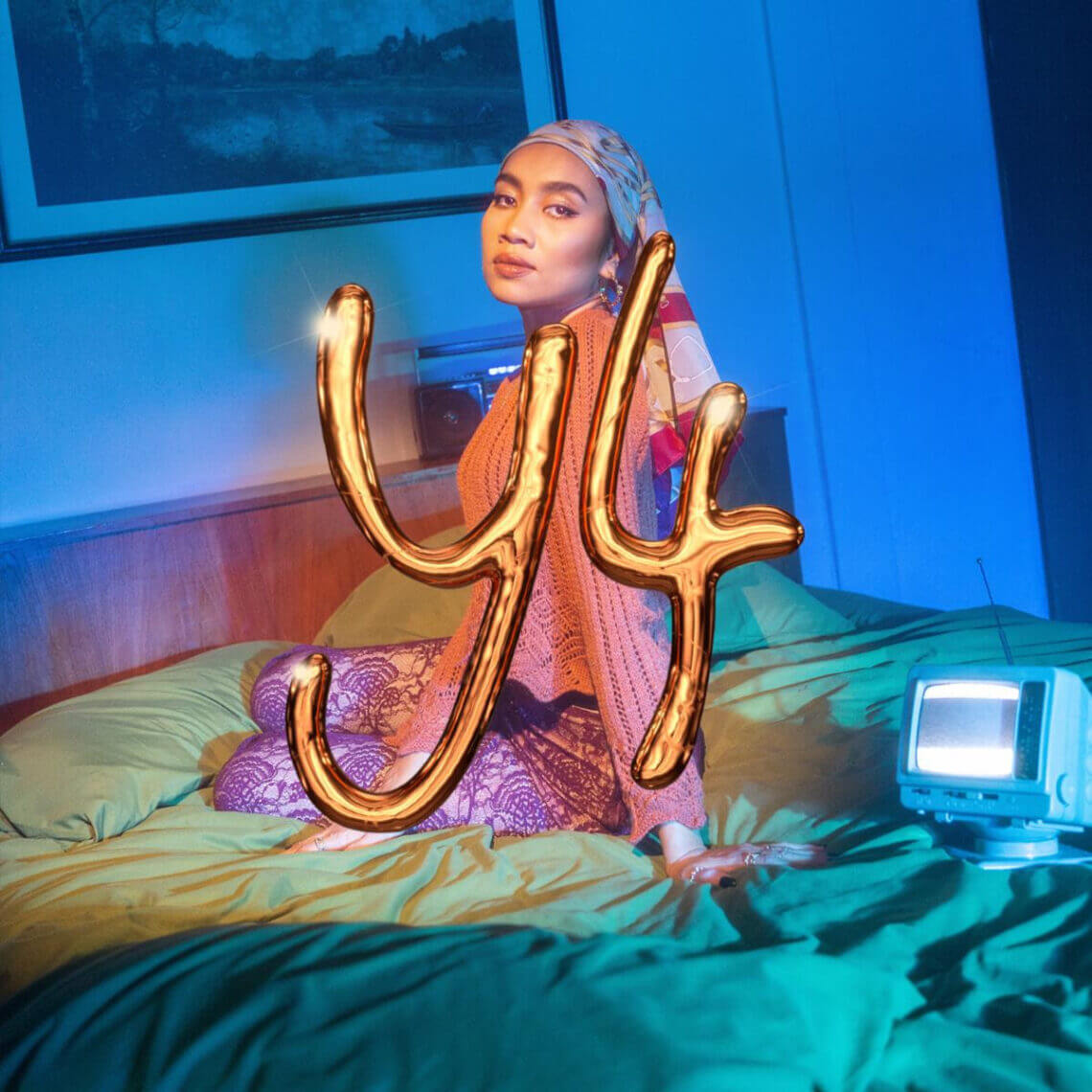 Sweety High: Y4 is the fourth addition to the collection of EPs you are releasing before the album Y5. What does this trio of songs add to the story?

Yuna: With Y4, I wanted to go back to the time when I was a kid. I used to listen to a lot of music in my dad's car or at home using his boombox. We had this collection of cassette tapes and we'd play them one by one. I feel like this EP is very nostalgic in the sense that it sounded like something I would listen to as a kid in my dad's car or at home. I really wanted to bring back that vibe. That's why in the beginning, you can hear a sound as if you're putting a cassette tape into a boombox or Walkman.

SH: You mentioned before that your music-making process reminds you of when you were independently creating music in Malaysia. What specifically did you revisit from that era of your life while creating Y4?

Y: Growing up in Malaysia, I was listening to a lot of Malaysian artists and music, but I was exposed to all kinds of music. My dad really loved R&B and blues. We grew up with albums from Janet Jackson and Michael Jackson. It was natural for me to make music that would showcase that part of my upbringing. For this project, I wanted to tap into those genres a little bit more, especially neo-soul.

I was able to work with a really talented producer, Biako. We worked at the studio where Earth, Wind & Fire used to record their albums. That played a huge part in making this EP because my dad and I listened to a lot of Earth, Wind & Fire when I was growing up.

I wanted to go back to the time when I was a Malaysian kid growing up in Kuala Lumpur and music was just so simple. It's kind of weird that my job is something that was my hobby. This is something that I used to do for fun and now it's like a job, but it's important for it not to feel that way when I'm working on a project. I want to try and go back to that time when music was simple and there was no politics and business involved, like "what's going to make a lot of money"? I never entertained that idea at all. I don't write music for it to be a huge hit. It's about whether people will be able to connect with the story I'm trying to tell them.

SH: Speaking of Malaysia, how did growing up there affect your identity as an artist?

Y: Malaysians are very laid-back and easygoing. That's how I try to be with my music as well. I love working with different creatives, songwriters and producers. I'm always down to try different things in my music. However, I don't try to force my Malaysian identity into my music. If it happens, it's great, and I've done that in previous albums and records.

Whenever I work with people who are different than me, I want them to fuse their identities as well. I want them to bring their specialty into music, like when I worked with Biako on Y4. He grew up listening to music from the '70s and '80s and I love that! Let's bring that and I'll bring something from my childhood into this project as well. We just collaborate and for me, that's what being Malaysian is all about.

SH: Do you feel any responsibility to represent other Muslim POC artists in the industry?

Y: I think it comes with the job. It's very natural to me because when I first started, there wasn't anyone who was doing what I was doing openly as Muslim. It's kind of funny when I would do interviews and they would say, "How do you feel being the first Muslim woman in music?" I'm pretty sure I'm not the first but I guess I'm the first openly Muslim woman. It's obvious. I practice modesty. I practice religion. Now, it's a little bit different because I'm not the only one. I see a lot of Muslim girls getting into music and it makes it more exciting that I'm not in this alone anymore. You see hijabi rappers and R&B singers with amazing voices. They'll tell me that they grew up listening to my music or watched me at a show and they just went for it. They started making music because they see me somewhere, somehow. I feel really happy that I could contribute to that.

Where I come from, it's okay to be yourself and do what you love without being judged. With my family and friends, come as you are and do what you do best. That's the most important message I'm trying to share with everyone, regardless of their race and religion. Everyone should be able to spread positive vibes in their own way and create art.

SH: The concept of "Make Believe" is fascinating because it connects your spirituality to your music. Is it important to you that you share that part of your life in your music?

Y: That's an interesting question because, in reality, I am a Muslim woman. Making music and my faith are huge parts of my life. Everything I do is based on my faith. Being kind to others, being fair to people and being kind to animals.

For the song, I wanted to play around with the idea of meeting someone whose faith is everything to them. I wanted to tie that in with how sometimes, people see their relationship like that. It's their whole belief system. Like, I love this person and anything they do is right. Everything they do is okay because I believe in saving this relationship and this romance like I do religion.

Lyrically, I feel like that's my favorite song from this project because I really wanted to tell that story. Sometimes you find someone and you become a little too obsessed with the idea of having this love story in your life. But, sometimes it's just make-believe. It's almost like bad religion. When you're too obsessed, in love or emotional about something, it becomes a bad thing for you. 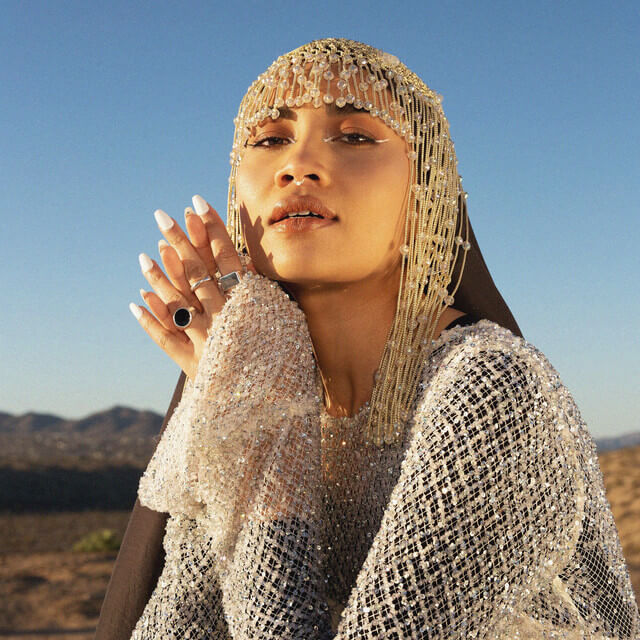 SH: Y4 and the other projects leading up to the album are the first time you've been able to showcase the production skills you've learned during the pandemic. What has that experience been like? Did you face any challenges self-producing?

Y: Oh, yeah! I faced many challenges. It's still a learning process because I've done a little bit of producing here and there in the last 10 years, but during the pandemic, I think that's when I really had to learn because I didn't have anyone else at home. I have no studio engineer in my house. I had to be the studio engineer, producer and musician.

I was able to get better at playing instruments. I downloaded Ableton not knowing what I'm doing while spending hundreds of dollars on plugins I don't know how to use. It's really funny because it helped with the songwriting. I can try to build an idea from scratch without depending on someone to come up with something. Hopefully, in the future, I get to do more producing. An album fully produced by Yuna—that would be the dream for me.

SH: You also recently started #Yunationals to connect your global fanbase. How has that been going? What do you hope the impacts of that will be?

Y: #Yunationals is something fun that I came up with earlier this year. I created a separate website for the fans. I get subscriptions from them and then I create videos of behind-the-scenes stuff like an exclusive look into my studio sessions. Everything is done by me. It's a lot of work, but it's special because there's a personal touch to it.

As an independent artist, it's 10 times harder for me to create, go on tour and do everything with a very, very small team. It means a lot to have fans supporting me. In return, I give them exclusive updates or gift packs for them. I want people to know that when I'm making music, it's not just for me. It's also for them. This is teamwork, you know? That's the kind of relationship I have with Yunationals.

Whatever subscription I'm getting, it goes back into the music and making videos. Like when my husband and I made the visuals for Y1, 2, 3, and 4, we can pull the extra cash from it to get an amazing camera. We have the #Yunationals that directly support the content and music that I'm putting out.

If you're on the West Coast, you can also catch Yuna on her aptly named "November Tour," kicking off in Vancouver, Canada on Nov. 3 and concluding on Nov. 12 in Anaheim, California. 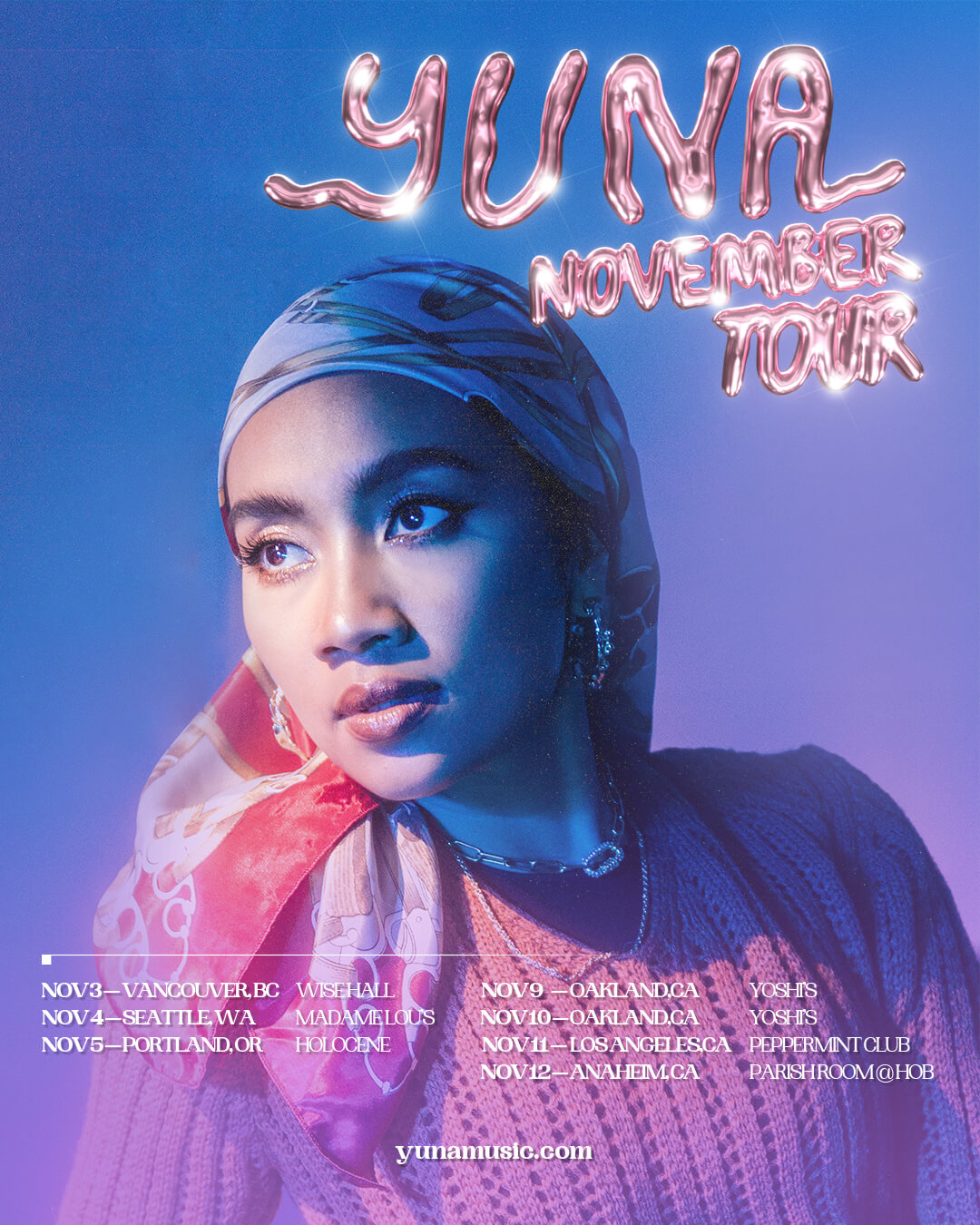 For more interviews with our favorite artists, click HERE to learn all about Carly Rose's new interpretation of "Brokenhearted."