The Mythology Behind Your Zodiac Sign, and What It Reveals About You

Chances are, you're familiar with your zodiac sign and know what it might reveal about you, but are you aware of its mythology?

Each zodiac sign is tied to a particular constellation, and the constellations each have their own origin stories within Greek mythology. Keep reading to discover the myths that define your sign and what they might reveal about you.

The ram associated with Aries comes from the myth of Chrysomallus, a unique ram with beautiful golden fleece and the ability to fly. When the cloud nymph Nephele's children were about to be sacrificed to the gods, she summoned the ram to come to their aid. After saving them, Chrysomallus asked to be sacrificed to the god of war, Ares, in their place. For his good deeds, he was memorialized among the heavens as the constellation Aries. Like this selfless ram, the zodiac sign is associated with leadership, boldness and action. Aries is always eager to go the extra mile when they're passionate about a worthy cause.

From the Taurus constellation's origin comes a story ivolving Zeus and the beautiful princess Europa. Captivated by Europa's good looks, Zeus transformed himself in a white bull to capture her attention before revealing his true form to her. Eventually, the two went on to have three children. Zeus commemorated the moment by placing the image of a bull in the sky as the constellation Taurus. It seems the bull can be seen as a representation of Zeus' stubbornness and dedication to woo the object of his affections, whatever it took. Sound familiar, Taurus? 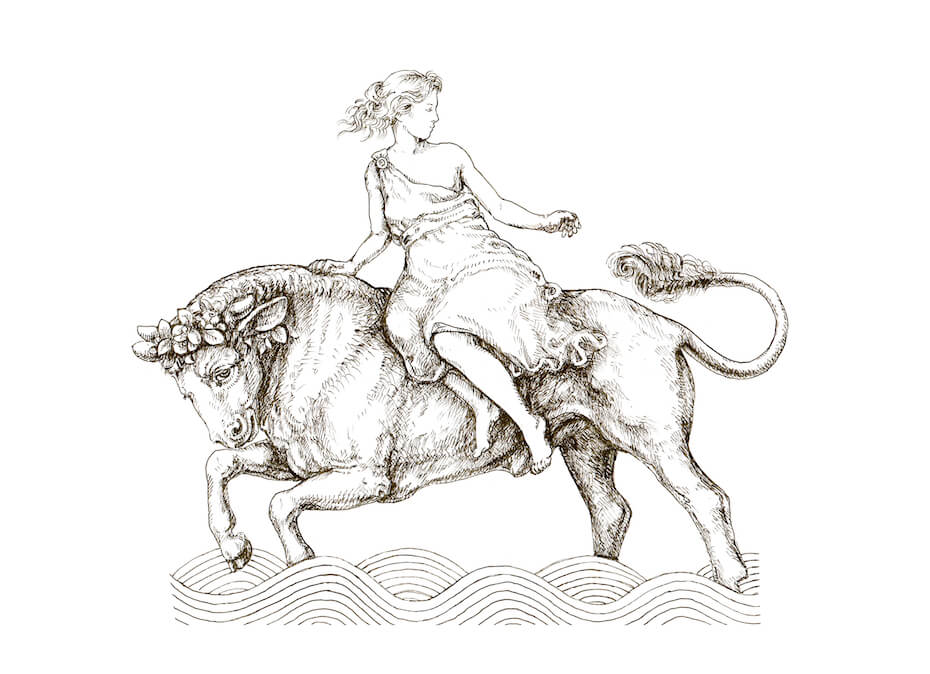 In Greek mythology, the twins that eventually became associated with Gemini were called Castor and Pollux. There are a number of different legends behind their parentage, with some stories saying they were both human, others saying they're both immortal, and some saying that Castor was mortal but Pollux was a demigod. When the inseparable brothers Castor and Pollux went into battle with their cousins over the women they wanted to marry, Castor was mortally wounded, leading Pollux to ask Zeus (who may be his father) to share half of his immortality with his brother. The myth says that Zeus then placed the twins among the stars as part of the constellation Gemini, granting them the ability to travel between the home of the gods, Mount Olympus, and the underworld in Hades. Today, Geminis are known for their social nature and having a duality to their character, which makes sense given that they're represented by not one but two souls.

The crab associated with Cancer is based on the Karkinos from the story of Heracles. The crab allied itself with the multi-headed Hydra when Heracles came to defeat it the second of his 12 Labors. While Karkinos was able to get in a good bite or two against Heracles, it was no match for him, and Heracles stomped the crab under his foot. The goddess Hera, who sent the crab after Heracles, later repaid Karkinos by placing it in the heavens as the constellation Cancer. The zodiac sign's sensitive but intuitive nature may be related to the crab and its brittle shell.

Leo comes from the tale of the Nemean Lion. Not only did he have skin that was impenetrable by any weapon, but he was double the size of a typical lion. When a jealous Hera sent the lion to Nemea, Heracles was sent in to save the locals in his first of 12 Labors. Quickly discovering his arrows do no damage to the lion, he defeats it using a club and then his own bare hands. While different versions of the story say that either Zeus or Hera immortalized the lion as the constellation Leo, we tend to think it's Hera, who would have celebrated the hard work against the stepson she despised. The Leo traits of regality and arrogance align well with the tough-as-nails lion, and just like arrows bounced off of its skin, criticism slides off a Leo. 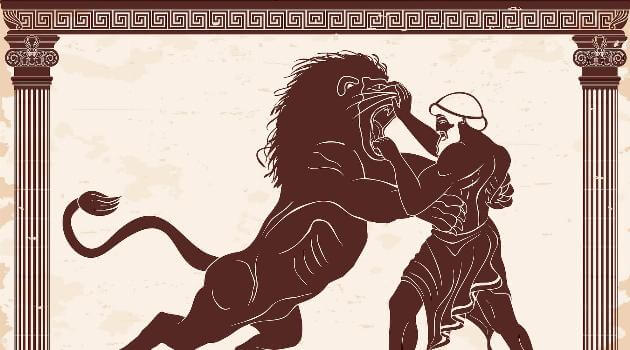 Though there are different accounts of the story behind the constellation Virgo, the most common is tied to a princess called Parthenos. The maiden's father, Staphylos, was a cruel and bitter man with a bad temper. When the family's pigs broke into the house one night causing destruction, Parthenos and her sister decided the only thing to do to avoid his fury would be to jump into the sea together. Seeing their goodness, the god Apollo decided to save them and turn both sisters into goddesses, and he later placed Parthenos among the stars as the constellation Virgo. Just like Parthenos, the Virgo zodiac sign is associated with kindness, careful thinking and patience.

Unlike many of the zodiac signs we've mentioned until now, Libra didn't become a constellation in the times of ancient Rome, symbolizing the scales of Astraea, the goddess of justice. It's said that Astraea lived on earth among human beings during the mythological Golden Age, giving blessings to all in a prosperous land. However, when greed and anger set in during the Bronze Age, she eventually shied away from completely. In some versions of the story, it's actually Astraea who Zeus placed in the heavens as the constellation Virgo, with her scales of justice eventually becoming Libra. Today, Libras are known for their strong sense of right and wrong, and their dedication to fairness. They would have made Astraea proud.

The scorpion we associated with Scorpio today is based on giant Scorpius. After the hunter Orion pronounced his plans to kill every living animal on earth, the hunting goddess Artemis decided he must be stopped. She sent the massive scorpion after Orion, and it managed to defeat him in battle. For his victory, Zeus granted him his place among the heavens as the constellation Scorpius. Like the scorpion, Scorpios are known for being mysterious, adaptable and quick to strike when they're uncomfortable in a situation.

The reason Sagittarius is represented by a centaur is because of the sign's connection to Kheiron. He was the oldest of the half-horse, half-men centaurs, and also the strongest and smartest, and is best known for training some of mythology's greatest warriors, included the Argonaut Jason and Achilles of Troy. Kheiron was accidentally poisoned by Heracles during a battle with other centaurs, leading Zeus to place him in the stars as the constellation Sagittarius. Like Chiron, Sagittarians are well-known for their wisdom as well as their bravery and adventurous nature. They're also feisty, which you have to be if you're half-horse. 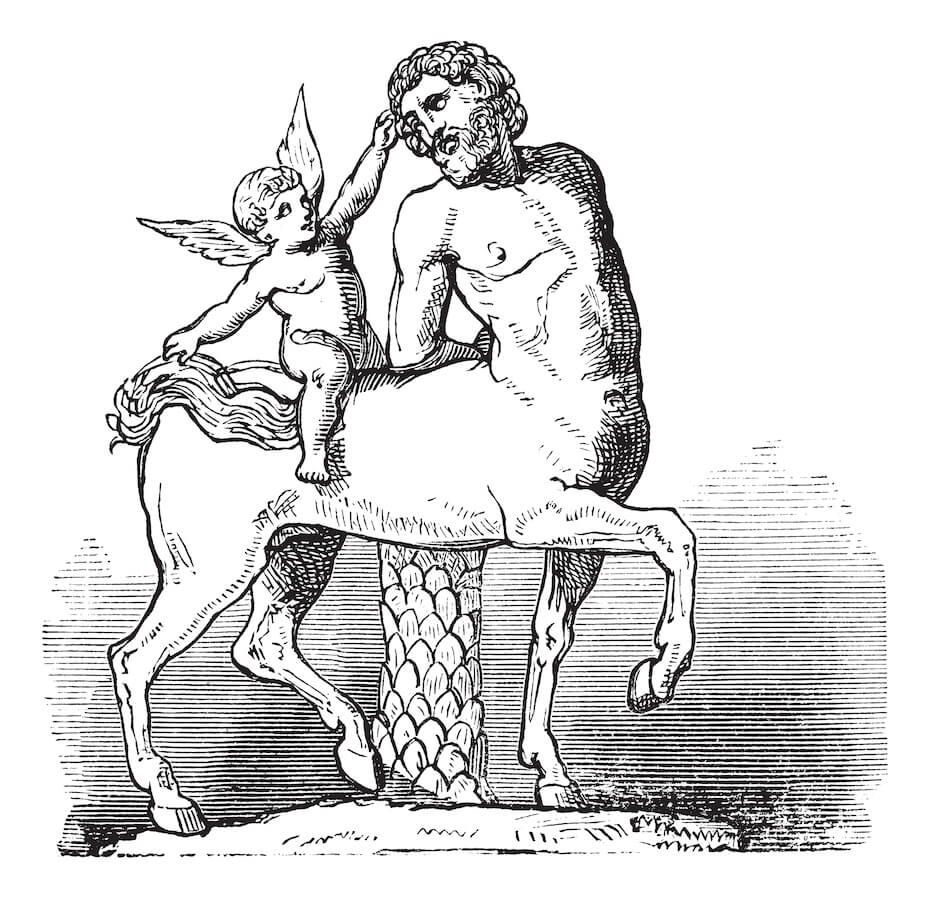 Capricorn gets its symbol from Pricus, an immortal creature with the front half of a goat and the back half of a fish that was said to have the ability to rule time. Pricus lived in the sea. He was very intelligent and had many children, but their curiosity led them all to dry land. After a time they grew back legs and become regular goats, losing their intelligence. Loneliness at the loss of his children drove Pricus to turn back time and warn them not to leave the sea, but they did anyway. Realizing he couldn't alter fate, he allowed his creator Cronos to place him in the night sky to create the Capricornus constellation so he could always see his children. Like Pricus, Capricorn is known for their parental instincts and desire to control situations. Their practicality also helps them come up with unusual and clever solutions for their problems.

The mythology behind the constellation Aquarius revolves around mythology's Ganymedes. He was a Trojan prince so stunningly handsome that Zeus decided to transform himself into an eagle and scoop him up, bringing him to Mount Olympus to become an immortal cupbearer for the gods. Eventually, this also led to Zeus adding him to the stars as the constellation Aquarius. Those born under the sign of Aquarius are said to share some of Ganymedes traits, including their altruistic, giving nature and the ability to go with the flow, regardless of the situation. 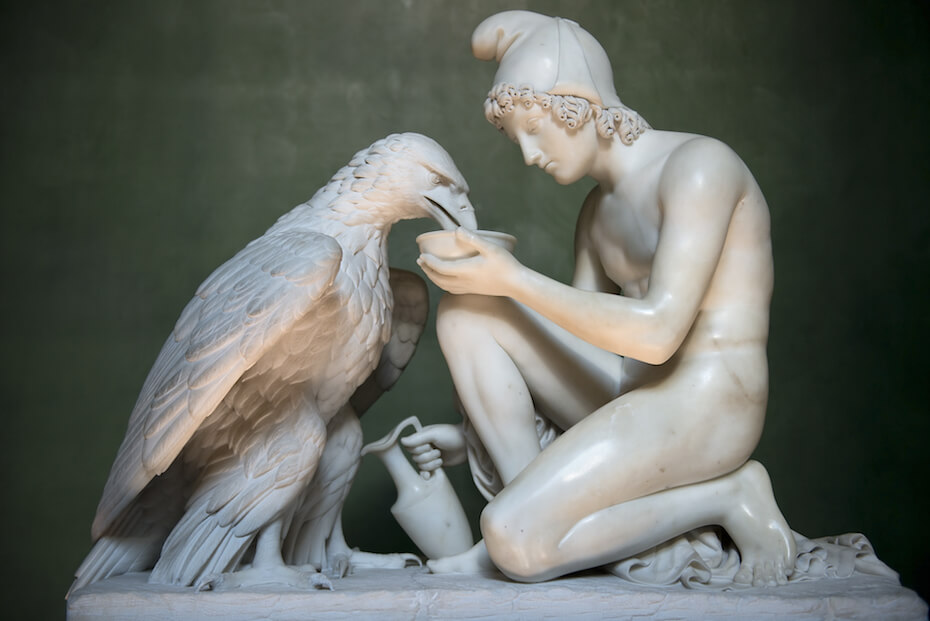 The last sign of the zodiac, Pisces, finds its origins in a tale regarding the goddess Aphrodite and her son Eros. When the monster of all monsters, Typhon, came to Mount Olympus to threaten the gods, Aphrodite and Eros found themselves trapped. The two then called upon Zeus, who transformed them both into fish, and with the help of a couple of fish in a nearby river, they both managed to escape unharmed. For their bravery, Athena than placed the heroic fish among the heavens to form the constellation Pisces. Like the two fish, Pisces are known for their intuition and generosity, even if they're often not moved to action until an emergency arises.

Love to learn everything you can about your stars? Click HERE to find out how you feel about astrology, based on your zodiac sign.