Everything You Need to Know About Singer-Songwriter and Director Zolita

Zolita isn't just one of the most refreshing singer-songwriters of our day and age—she's also the producer, director and editor of her entire creative vision.

Since the summer of 2021, she's been crafting her own narrative through a compelling trilogy of songs and music videos telling the queer love story she always wanted to see. That bold trilogy was completed just last week, and we got the chance to ask her all about the songs and how they came to be—and to discover even more about her as our Woman Crush Wednesday. 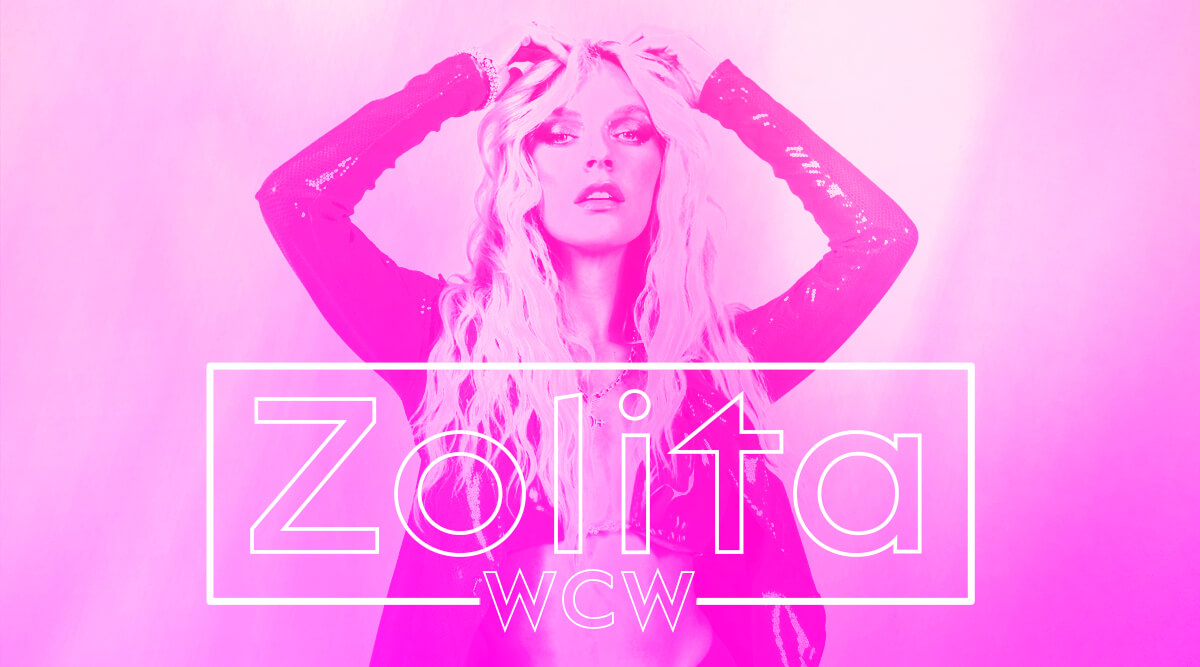 1. If Zolita could live in any decade, she'd simply want to relive the early 2000s.

2. She says she'd be terrible at any job involving sports.

"A huge part of why I moved back to California from NYC."

Also read about: Everything You Need to Know About 'Money Dance' Singer-Songwriter Alus

4. Her biggest heroes are her mom and Lady Gaga.

6. She is definitely not a gamer.

"I am the least likely to game of anyone I know, haha!"

7. She considers herself both an early bird and a night owl.

"Getting up in the morning makes me feel good and productive, but I get my best work done late at night."

8. The music video for her latest track, "I F***ing Love You," caps off a trilogy of brilliant songs in the sweetest way.

"I wanted to show the characters from the trilogy five years in the future, and in the 'Single in September' video we found out Zolita was pursuing a career as a singer and Gia was taking a gap year before going to art school. I loved the idea of showing both of these characters with all of their dreams realized, coming back into each other's lives to find the connection they had is still there."

Also read about: Everything You Should Know About Singer-Songwriter and Actress Kira Kosarin

9. She also loved shooting the concert scene for the video.

"The audience extras were all actual fans, so the energy was really special."

10. Zolita has had quite the artistic journey over the year, spanning all types of creative pursuits.

"In high school, I was mainly into photography and made music on the side. The photographs I took were super detailed and story-driven, so filmmaking felt like the next step in expanding the worlds I was creating. Honestly, watching Lady Gaga's music videos was a big 'aha' moment for me because they showed me how many art forms could coexist in one medium: music, fashion, cinematography, choreography, storytelling, activism… I am a libra and terrible at decision making so I think the idea of getting to do all the things I loved in one artistic medium was the reason I fell so in love with music videos."

11. Her latest trilogy of songs was kind of a happy accident.

"When I originally put out 'Somebody I F***ed Once,' it wasn't intended to be a trilogy. It came from a place of wanting to make the queer high school rom-com with the happy ending I wish I had growing up! When it went insanely viral it became so clear to me that there was such a desire and need for more joyful queer content with happy endings, especially in the WLW space. So, that's the reason I decided to expand on their love story."

12. As the artist, producer, director and editor of all her content, she's really taken creative control over her own vision.

"This trilogy has been an absolute dream for me as a filmmaker and artist. I feel like the episodic structure was a space where my narrative storytelling skills as a director could really shine. I've produced, written, directed and edited every single music video I've ever made, but obviously, the trilogy was on a much larger scale. The editing for this series was also different because I prioritized story over how I came across as the music artist."

Also read about: Everything You Should Know About 'Numb Little Bug' Artist Em Beihold

13. Above all else, her family is her everything.

"My family and friendships are the backbone of my life, which is definitely why they are always so heavily involved in the art I create!"

Need more Zolita? Click HERE to read our interview with her on the meaning behind her viral hit, "Single in September."