When you're super busy, it seems like there's hardly enough time in the day to finish everything you need to be doing, plus make time to consume your favorite content—and even less so to share your thoughts on it.

That's precisely the idea behind A Review While…, a new TikTok series made in collaboration between Entertainment Weekly and Sweety High. In the show, four of our favorite influencers from all over the internet review some of the hottest films, TV series, TikTok channels and more, while doing everything from getting ready in the morning to working out to pursuing their favorite hobbies. If you want to learn more, just keep reading to learn all about its stars King Bo, Peng Peng Lee, Mitchell Crawford and Jordan Wilson. 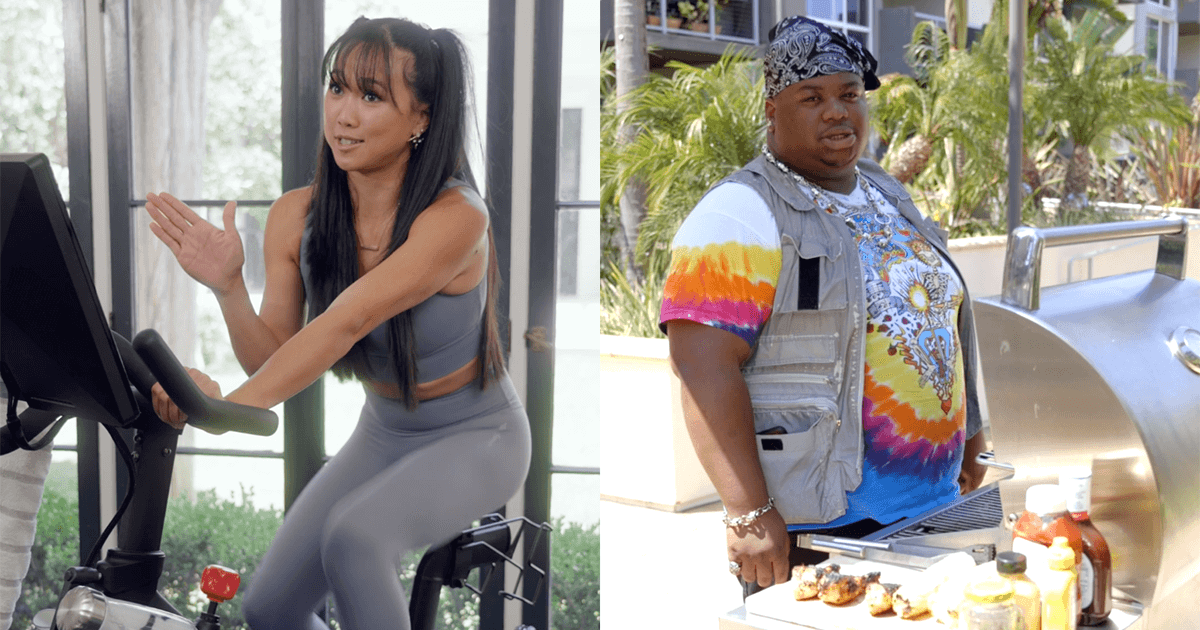 There's a good reason King Bo (aka @suburban_prince) is known as TikTok royalty. He's a sensation on YouTube, TikTok, Instagram and more, and his high energy and enthusiasm are utterly infectious in everything he does, whether he's creating hilarious sketches or just being authentically himself. He also has some very strong opinions on everything from wrestling to superhero films, comedies, cooking shows and even Lizzo's TikTok. Whether he's reviewing them while he combs the beach with a metal detector, enjoys an ice cream cone, fishes, grills up something tasty or goes rollerskating, these videos are sure to inform while they put a smile on your face.

Peng Peng Lee is a ridiculously accomplished young woman, and that's just the start of why we're completely obsessed. The Canadian star is a former Olympic gymnast who's also an actress and singer, but most recently, she's been blowing our minds with her dancing videos on TikTok. The woman's got skills, and it shows. In this series, you'll notice she doesn't even break a sweat doing everything from balance exercises and handstands to riding an exercise bike while she dishes on her favorite Netflix rom-coms, reality dating shows and Bella Poarch's empowering TikTok.

If you're all about TikTok, chances are that Mitchell Crawford needs no introduction. The creator (whose handle is @mitchell on TikTok) made a name for himself creating hilarious skits digging into character archetypes and breaking down the oddball characters we encounter on an everyday basis. In A Review While… Mitchell gives his honest opinions on Selena Gomez's new Hulu series, He's All That on Netflix and the brain-tingling Serotonin playlist on Spotify, all while completing his morning routine, rowing a boat and detailing his car.

And last, but definitely not least, is Jordan Wilson. Known as @jordanfreakingwilson on TikTok, this Chicago-based comedian is absolutely winning the TikTok game, using his unique sense of humor to craft videos where he inserts himself into famous movie scenes, among many other things that have us regularly rolling on the floor laughing. In this series, you'll see him reviewing everything from The Rock's Instagram to Netflix series and films to Shawn Mendes and trendy dogs, all while pruning a bonsai, playing guitar, washing dishes or making a sandwich. Now that's multitasking.

Don't want to miss a single episode of A Review While…? Be sure to follow Entertainment Weekly on TikTok so that you know ASAP when new vids go up.

If you're excited about this show, also click HERE to learn all about our other Entertainment Weekly TikTok series, How We Do.