Curious About Akua Kelp Jerky? We Tried and Reviewed All Four Flavors

My obsession with jerky goes way back.

Of course, when I was growing up, beef was the end-all, be-all of the jerky world. While other meats began joining the fray over time, only recently have plant-based jerkies even tried to compete with the classics.

Recently, I've gotten much more open-minded about trying veggie jerkies, and I've been pretty pleasantly surprised. Tomato jerky, for example, offers a uniquely bold flavor profile, while mushroom jerky nearly manages to taste like the real thing. So when the folks behind Akua Kelp Jerky reached out and asked if I'd be interested in trying their sustainable and plant-based wares, I couldn't resist the offer to try something new. They sent me four flavors of their jerky, and here's what I discovered in the process.

Akua Kelp Jerky is made with kelp, a type of algae, which is packed full of nutrients and has a low impact on the environment. Akua's kelp is a zero-input crop, meaning it requires no fresh water, no feed, no arid land and no fertilizer to grow and thrive, while also filtering carbon and nitrogen from water. The resulting jerky, also including shiitake mushrooms, apricot, chickpea flour and more, includes vitamins A, E and D, calcium, iron, potassium, thiamine, riboflavin, magnesium and zinc.

Each 1.5 oz. bag is a full serving of the snack, with 150 to 160 calories (depending on the flavor) and containing a whopping 10 grams of dietary fiber per serving, plus 10 grams of protein. It's available in Sesame & Nori Sea Salt, Rosemary & Maple BBQ, Spicy Chili & Lime and Hibachi Teriyaki flavors. Currently, four-packs sell for $29.99, while three-packs of individual or mixed flavors are available for $22.99. 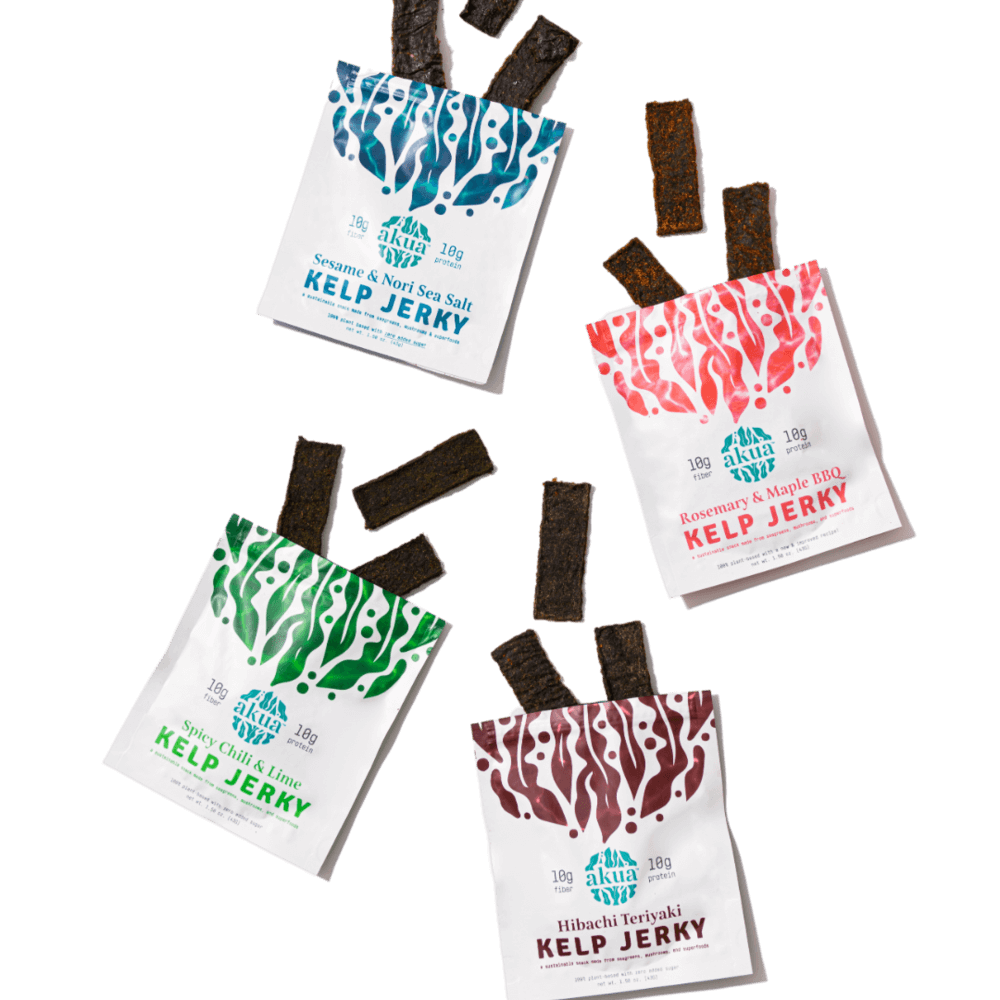 Whenever I do taste tests, I usually start with the most standard of the flavors, so here I began with the Sesame & Nori Sea Salt. When I opened the bag, I was met with a slightly fishy ocean fragrance, which I expected given the kelp. The jerky strips themselves were long, rectangular and definitely thicker than traditional seaweed snacks.

I wasn't quite expecting the flavor that arrived when I bit in. The texture was thick and dry, a bit like more old-fashioned beef jerky styles, but the main flavor I was getting—rather than salty, fishy seaweed taste accented with sesame—was vinegar. Once I knew was I was in for, it was easy to acclimate to the tart, vinegary taste, and I enjoyed downing the rest of the bag, but it certainly won't be for everyone. This was also the flavor that taught me to be careful with eating Akua, because like most kelp treats, it tends to shed flaky bits that can be a little tough to clean up. And, just like with real beef jerky, you may want to floss afterward! 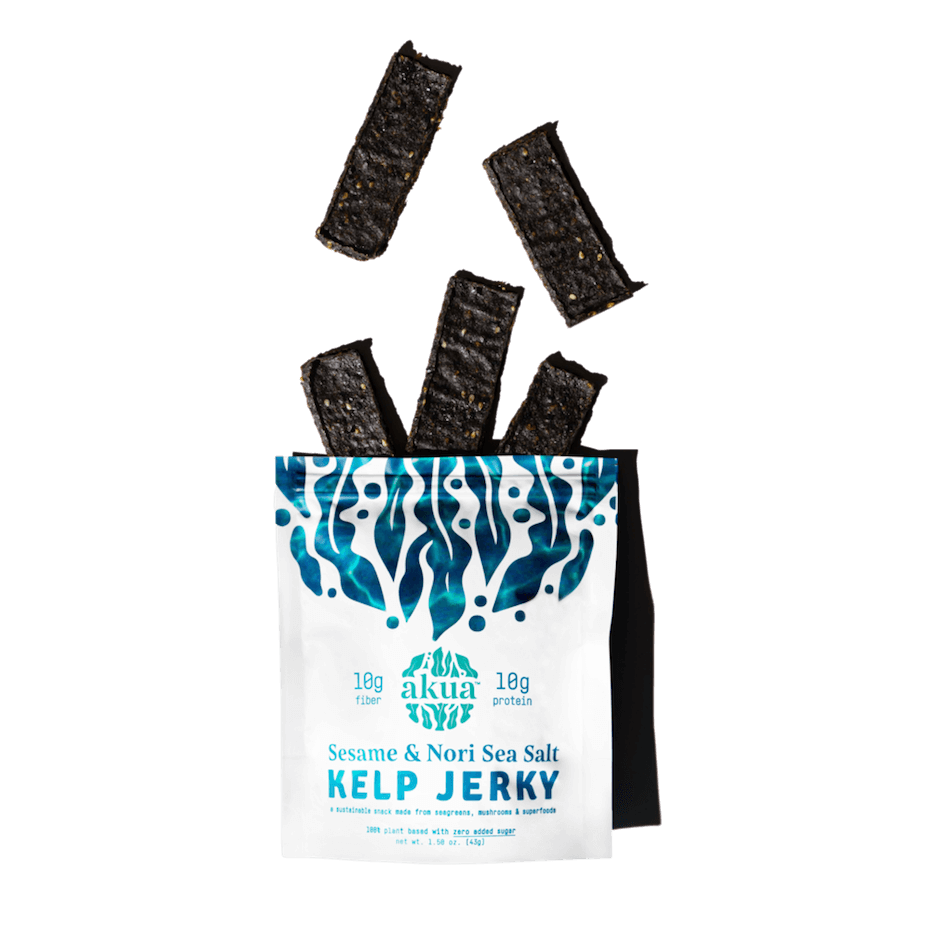 After Sesame & Nori Sea Salt, it was time to dig into the more curious flavors, and I found myself gravitating toward the Rosemary & Maple BBQ. The first major difference I noticed between these two jerkies was the texture. While the previous one had a dry, somewhat tougher texture, this one was soft and pliable, like tender varieties of jerky.

It also had a lot more going on in the flavor department, with the essences of paprika and chili coming through strongly, but not quite masking the vinegary taste underneath. I think this strong combination will definitely have its fans, particularly in combination with the mouthfeel of this jerky, but personally, it was probably my least favorite of the bunch. 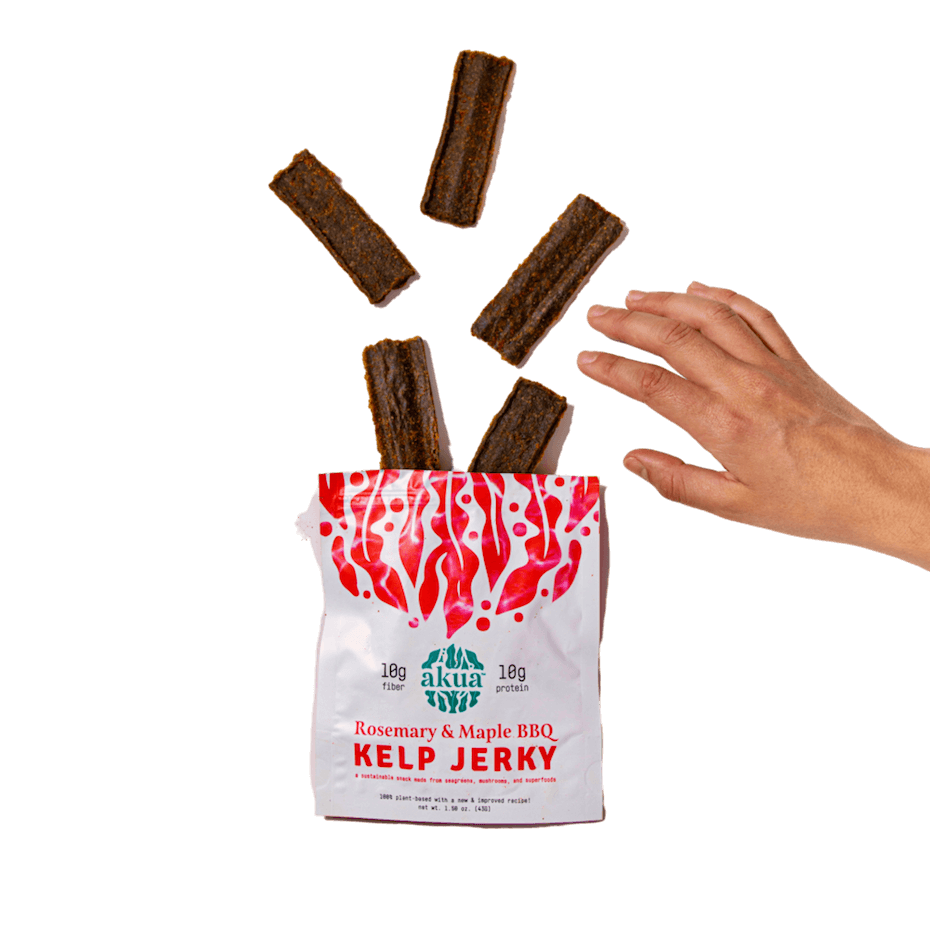 Now, Spicy Chili & Lime has to be my favorite flavor offering from Akua. This one had the same dry, but not too tough texture of the Sesame & Nori Sea Salt flavor, but with ginger, chili and lime seasonings that better complemented the vinegary flavor of the jerky. I found that these flavors all worked together well, bringing out the best in each other, rather than competing, and this bag disappeared fast. 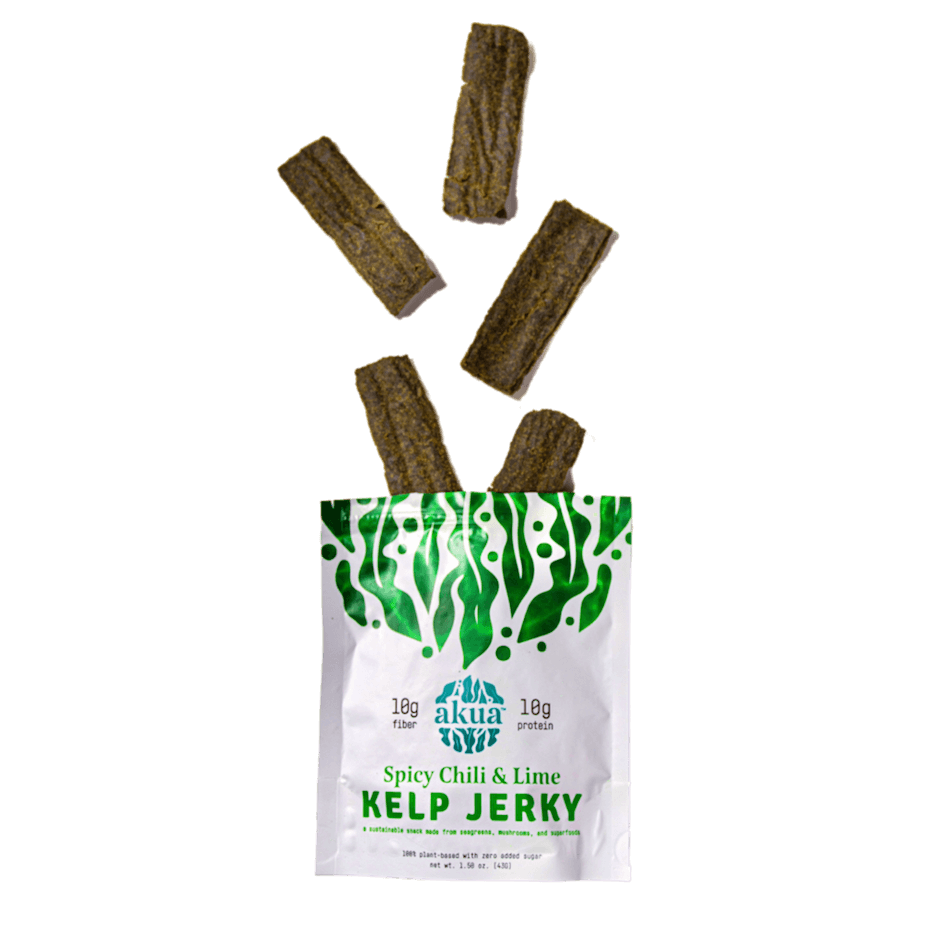 Last but not least, it was time to try the Hibachi Teriyaki flavor. Texture-wise, this one resembled the Rosemary & Maple BBQ flavor, but the additions of ginger, garlic and onion seasonings worked a bit better with the underlying flavors, in my opinion. While I'm not sure I'd describe the flavor as teriyaki, as it was sorely missing a sweet element, it was tasty enough to eat the entire bag in a single sitting. 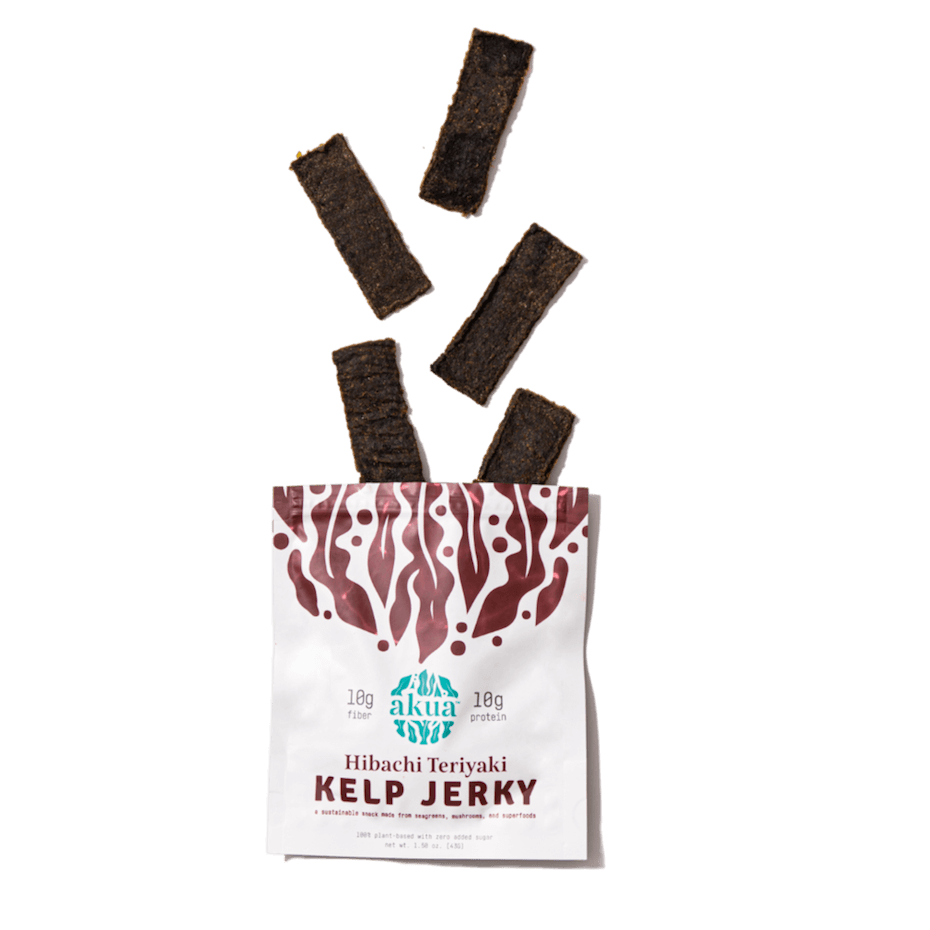 Akua Kelp Jerky probably isn't going to convert any die-hard beef jerky fans who aren't open to trying new things, but that doesn't mean it's not worth a shot for curious eaters, as well as anyone looking to add more plant-based foods into their diets.  It also helps that they have four different varities with different textures and flavor profiles, so maybe you're like me and prefer the drier two flavors, while others will like the tender, boldly seasoned ones.

Of course, price is also a factor. With 1.5 oz. bags costing more than $7 each on the Akua website, and bags only available in bulk, the costs are comparable to premium beef jerky. I'd mostly recommend them for adventurous souls, and anyone who's avoiding meat but really wants to give a sustainable replacement a go.

To find out more about great plant-based jerkies, click HERE to find out what we loved about Pan's Mushroom Jerky.