It's been 17 years since The Princess Diaries came out, and even though Mandy Moore's character, Lana Thomas, wasn't exactly kind to Anne Hathaway's Mia Thermopolis, the two actresses are apparently totally game for a royal reunion!

Though there's no new Princess Diaries movie in the works (that we know of) the reunion chatter began when Mandy took to Instagram on Thursday, August 23, to honor the anniversary of the film's release with an epic #TBT from the premiere.

"I guess this film came out just over 17 years ago?? @annehathaway was already a movie star and I showed up to my first premiere in a casual denim suit," Mandy captioned the snap of her and her former costar in their premiere best. "Hey, it was 2001!"

Not long after, Anne chimed in with her own comment on the photo, writing, "That's the face I make when I'm trying not to flop sweat on a terrifically famous pop star. So happy for all that you have going on! Let's get together and throw ice cream at each other soon."

The last sentence of the Les Mis actress's post was of course referencing the scene in Princess Diaries in which Mia shoves an ice cream cone into Lana, who was wearing her clean cheerleading uniform, after Lana had been making fun of her and a friend. 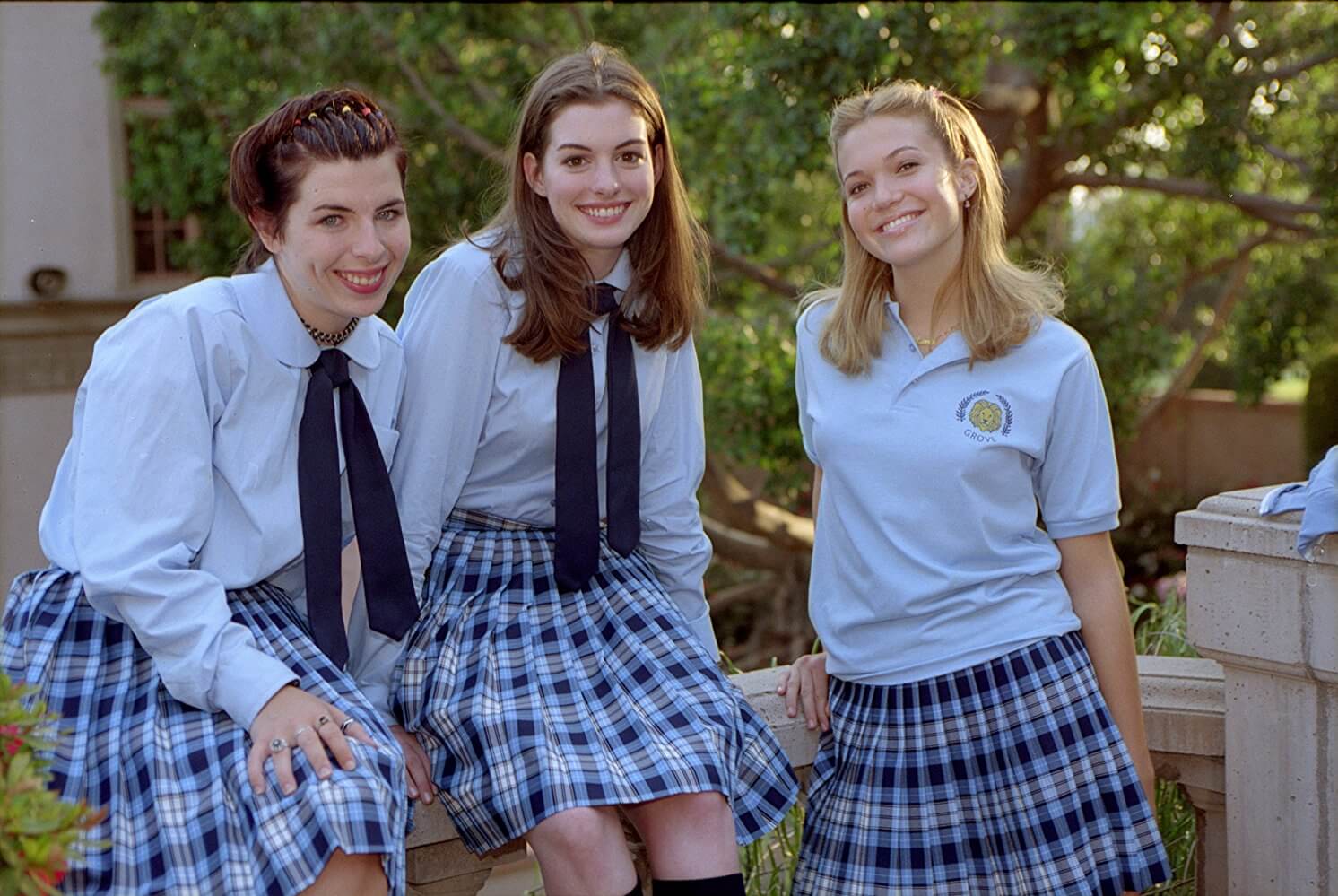 The act of revenge then causes other students to start chanting "Lana got coned," which helps explain Mandy's reply to Anne's initial comment on her photo. "Count me in," the This Is Us star wrote. "It'd be an honor to be coned by you again."

If and when these two lovely ladies do reunite, we hope they manage to snap a picture of their time together! And should we be blessed with a Princess Diaries 3, it seems like Mandy's already thought of what she'd like to see from her mean girl character.

"Maybe I would make some quick cameo [in a third film]. I would like to see this woman evolve," the "Candy" singer told Elle in 2017. "If I'm going to be involved, I would be down for a cameo—maybe she could make amends with Mia and apologize for being a bully when she was younger."

For more entertainment news, click HERE to see what Riverdale season 3 has in store for Josie.