We're about to see a whole lot more of Ariana Grande, and we couldn't be more stoked.

Before she kicks off her Dangerous Woman tour next year, Ari will be hitting the road alongside some of our faves including Shawn Mendes and Charlie Puth on iHeartRadio's Jingle Ball tour. 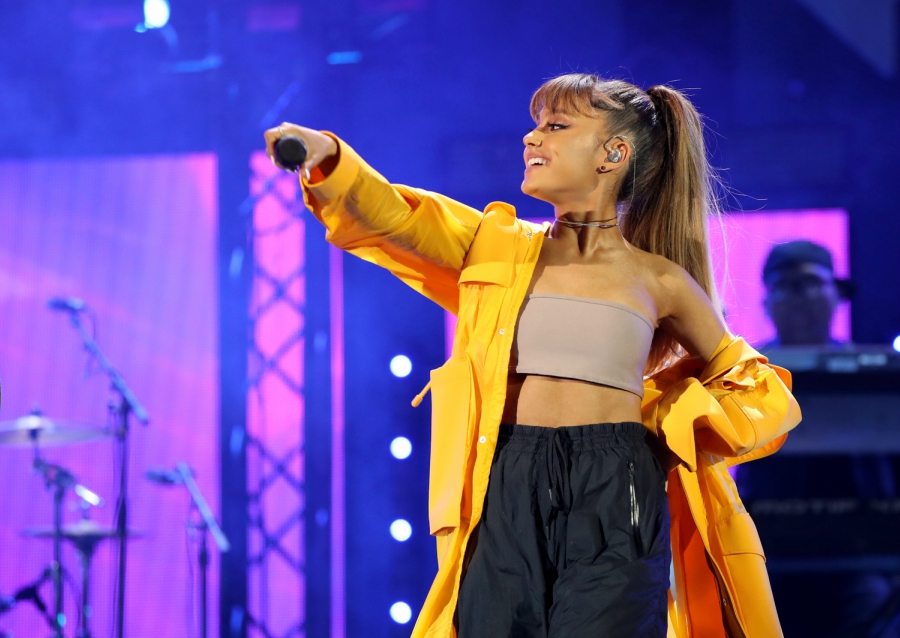 Considering the last time Ari performed at Jingle Ball was in 2014, we're more than ready to see what her 2016 appearance has in store for us.

Because she rocked the reindeer ears the last time she hit the stage, we can only hope she brings out the bunny ears for this year's concert.

Obviously she'll be performing her latest single "Side to Side" featuring Nicki Minaj, but there are a few other songs we're praying she sings.

The first one is "Be Alright" off her Dangerous Woman album. With its snappy rhythm and upbeat vocals, this song is the ultimate uplifting anthem. We always feel more than alright after listening to it.

Seeing as Jingle Ball is all about the holidays, singing a tune from her Christmas & Chill EP only makes sense. The acoustic-styled "Winter Things" stole our hearts with it's sweet vocals and on point harmonies, so it definitely has our vote.

And this one is a long shot, but how unbelievably rad would it be if she performed her first-ever single "Put Your Hearts Up?!" It's the reason we fell in love with Ari and her insane vocals in the first place, so we'd give anything to hear her perform it live.

Regardless of which hits she belts out, Ari is sure to put on one heck of a show that you won't want to miss. Catch her on the Jingle Ball tour dates below:

Want to go on the ultimate holiday road trip and attend every show on the Jingle Ball tour? Head over HERE to see all the dates for the shows.