When you're watching a movie, an actor's posture, facial expression and even eyeline can express just as much as the words they're speaking.

The same can happen in video games—but that process gets way more complicated when the character you see onscreen is completely animated.

Before that character is programmed to act out a scene, someone has to decide where and how they're standing, as well as every little expression, gesture and movement they make. Those people are called cinematic designers.

Telltale Games is arguably the creator of the most cinematic video games out today, with games resembling massive playable movies. Ashley Ruhl has been a cinematic designer at the company for nearly four years, so she definitely knows a thing or two about how to structure characters within a scene. We asked Ashley all about the role and how she makes it happen. 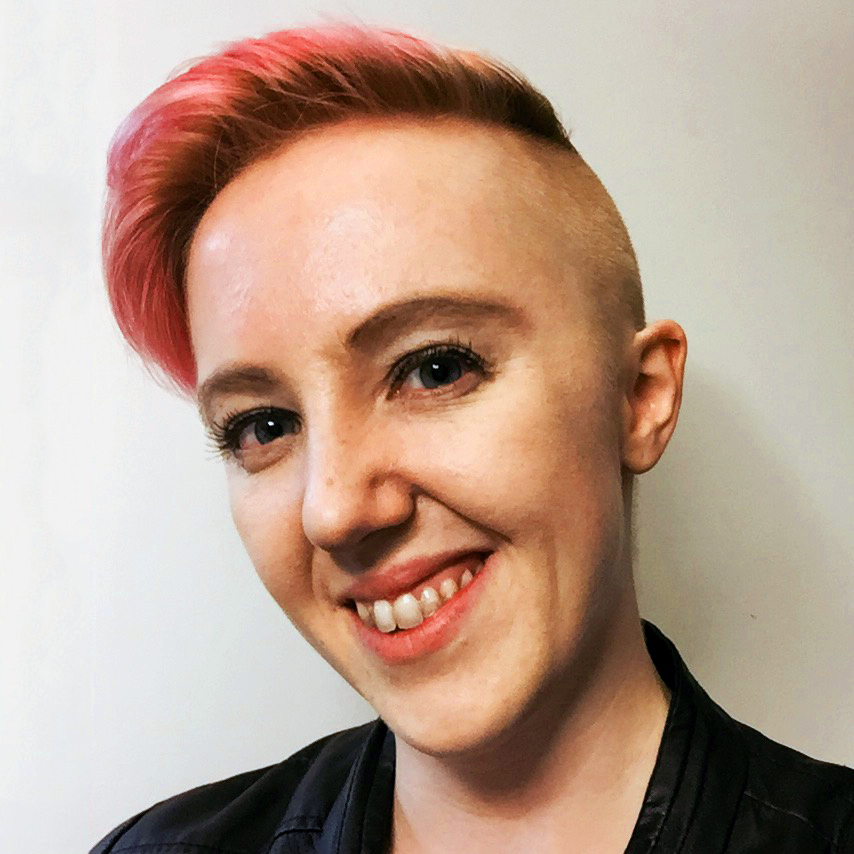 Sweety High: What experiences led you to becoming a cinematic designer at Telltale Games?

Ashley Ruhl: I went to school for character animation. In high school I knew I wanted to be an animator for character-based stories. I thought I'd shoot for being an animator at Pixar, and if I didn't get a job there, I'd land in something else I'd enjoy doing.

Then I started getting involved in games, working often with other people in the games program and volunteering at the Game Developer's Conference during college. I developed a lot of friendships there, and through volunteering I got to see pretty much the entire conference on a very low budget.

One of the friends I made at GDC told me BioWare Austin was hiring cinematic designers. I had no idea what a cinematic designer was, but I found out that it was about blending film knowledge, staging and camera work and understanding character performance to apply it to characters in a staged space. That caught my interest, so I applied and I got it. Now I've been doing it for six years.

It's incredibly niche and it's not something a lot of studios need, but when they do it's really special. I love it. It's a weird pairing of understanding animation and camerawork as well as understanding game design so you can make your cutscenes flow with the gameplay rather than against it.

SH: Before applying for that job did you feel like it was a stretch given your background in animation?

AR: I definitely did. I had done some film studies, but it wasn't my forte. I thought that since I wasn't a film buff I wasn't going to get it. But I was doing a lot of animation at the time for this monthly project outside of school called the 11 Second Club—they give you an 11-second audio clip and you animate to it—and a lot of my reel was from that. They usually involved one to three characters, and I was staging scenes with the given dialogue. Even though my camera work wasn't great, I think the way I presented the characters and exuded their personalities through the performances I created got me the job.

I was an okay animator, but in my role, I don't necessarily need to be great. I tend to choose premade animations from a library, so my understanding of character performance is what got me that first job. After that, in my free time I studied up on film, grabbing whatever books and videos people would throw at me, and filled out that weak spot in my repertoire.

SH: Were you a big gamer as a kid?

AR: I was, but I didn't have a game console when I was young. We played a lot of the Myst games and I was really into puzzles. I didn't really play console games until Prince of Persia: The Sands of Time, and I played a lot of that. My sister and I must have marathoned the Prince of Persia trilogy every summer for a couple of years. It was that series that finally got me into console games and it was Mass Effect that got me into shooters. Games weren't a staple part of my childhood, but they definitely grew on me over time.

Today, I'm always on the lookout for more indie titles. I think they have the most interesting stories. They're trying new things because there's less of a risk for them to fail. There's still the emotional and financial investment, but they play things less safe than bigger titles. I'm always looking for really lo-fi stuff that's trying experimental new things because I think that helps me create something that's more emotionally engaging in my own work. 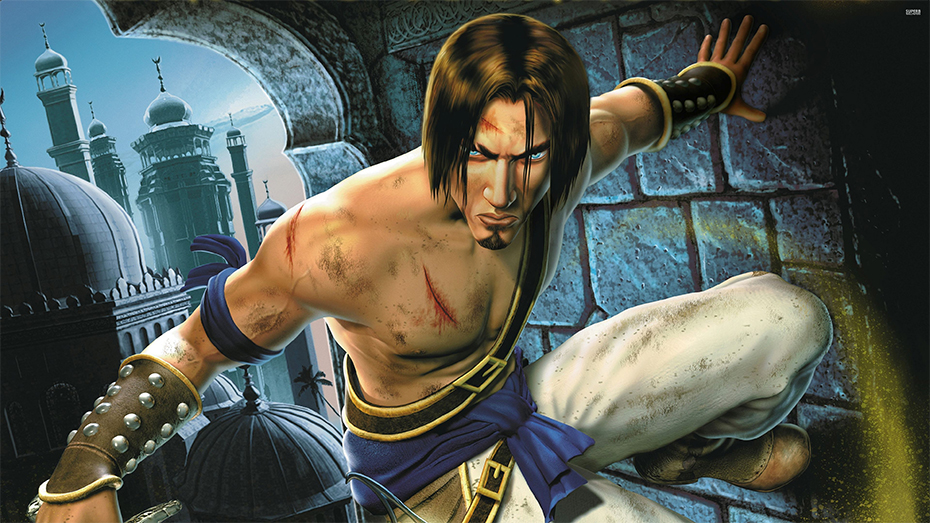 SH: What does your day-to-day work look like as a cinematic designer?

AR: It's a desk job. I work eight hours a day, and I used to work in an office but now I work eight hours a day remotely from home. I'm usually given a scene assignment with the whole scene's dialogue already recorded, so I look at the scene space and the environment I'm given and decide where to stage the actors. I decide what feels natural for them in terms of movement across the scene and where the cameras feel most appropriate to convey the emotion I want. I work in waves. I block it all out, I time it out and make sure it feels right, and then I start filling it in with animations and facial expressions and make sure each time I do a pass it feels more and more natural.

SH: Telltale Games are especially cinematic, and any little decision you make in the games can have four completely separate outcomes. How does that affect the workload and workflow for what you do?

AR: Games like those are the reason cinematic designers exist. Games that have more straightforward cutscenes, such as Uncharted or The Last of Us, have a preset story, so they really only need one person managing all of those scenes with only one way they can play out.

Once you have dialogue choices and diverging storylines with different outcomes, you need multiple people doing each scene to make sure you get cameras on everything. You can't have just one person making all of that. It doubles or triples the amount of work, so at least at Telltale, every scene has one or two cinematic designers assigned to make sure every outcome gets love. 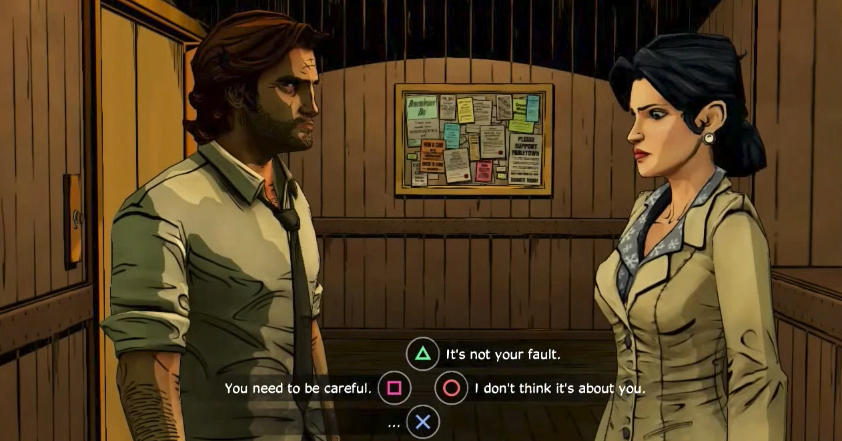 SH: How does collaborating with another cinematic designer to create a specific scene work?

AR: It involves a lot of communication and going back and forth. We'd have the character meet at a specific point point and make sure it flows into what the other designer is doing, or decide that one person will take all the cut-scene work for big cinematic, action pieces and the other person will take all the look-ats and interactions, where you just walk around in the environment and click on objects. It's always good to try to find where that seam is and make that feel natural.

In terms of stylistic choice, that's usually up to the director. Every episode of a Telltale Game has a cinematic director, and they'll give scene feedback to dictate the style they're looking for. They try to merge the styles of the two cinematic designers and call out anything that feels off. For the most part, cinematic artists try to adhere to the style bible of whatever series they're working on so that everyone's work flows together.

SH: What have been some of your most memorable experiences working in games?

AR: The awesome celebrity moments stand out. When I was working at Trion I got to go to New York while they were promoting Defiance, the MMO [massively multiplayer online game] and I got to meet some of the actors from the TV show and put my foot on the 30 Rock SNL stage.

In terms of development, I really enjoy directing. I directed episode three of Tales from the Borderlands, and I was spending the entire project really trying to get the most out of everybody but also trying to make sure they weren't overloaded. There was this point where we were almost done with the episode, and I had people coming up to me in the 11th hour suggesting ideas they wanted to add. It made me so happy to see their enthusiasm. They weren't burnt out or stressed about making sure they were hitting their deadlines. They'd done the work but also had enough time to be creative and come to me with ideas. That collaborative atmosphere where the team was bringing things I hadn't considered to the table was really amazing to me. I think that encapsulates what's great about games. You have so many people with so many creative ideas. They're all working toward one creative vision and the fact everybody can collaborate and bring new ideas into that is really cool. 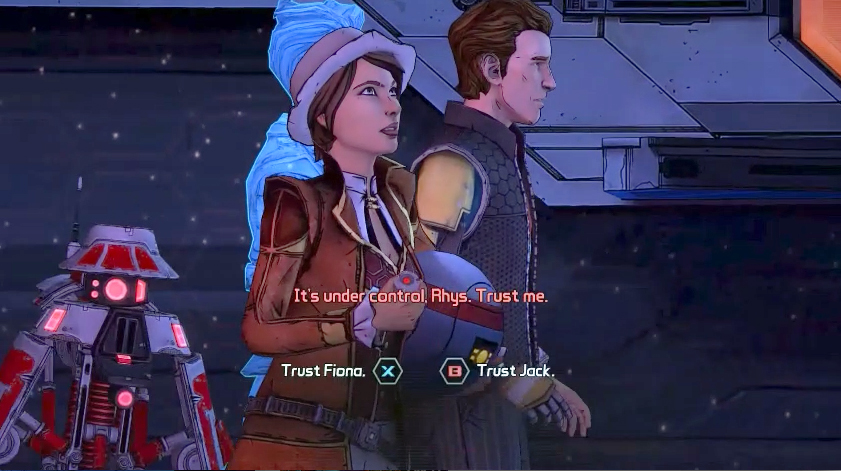 SH: What advice do you have for somebody who's interested in cinematic design?

AR: Like I said, it's very niche, so the demand for it is small, but those roles are out there. Focus on the big picture with animation, figure drawing and camera work, but also study things like the three-act structure and writing and how a screenplay is structured. Look at game design and level design, and find out how you would stage a scene between three characters for a dramatic death scene or a tense shootout or an emotionally intimate scene within a certain space. Find out what makes better sense than  having a couple of characters stand around. Constantly give yourself exercises like that to create interactions that feel natural and like real people rather than computerized characters.

I really highly encourage doing character animation and doing the 11 Second Club as often as possible, especially since that's a monthly contest, and always practicing. A lot of my work comes from my taste, but that only came from working in this field over and over and over again for years. The more you work on it, the more you'll consistently improve, and the more feedback you'll get. Doing stuff outside of classwork and in your free time is how you'll come to truly understand what things work and what things don't.

Making a game requires tons of little pieces to come together in just the right way. For more on how games tell their stories, click HERE to read our interview with narrative designer Brooke Maggs.