Disney's Moana hits theaters in exactly one week. Just let that sink in for a moment.

We've been eagerly awaiting the film's release since we first heard about it. And now that day has almost arrived.

Excited to discover more about Moana, we chatted with the voice of the newest Disney princess, Auli'i Cravalho. She shared her favorite part about working on the movie, the important advice her co-star Dwayne Johnson gave her and what she hopes everyone takes away from watching the flick.

Scroll on down to see what she had to say! 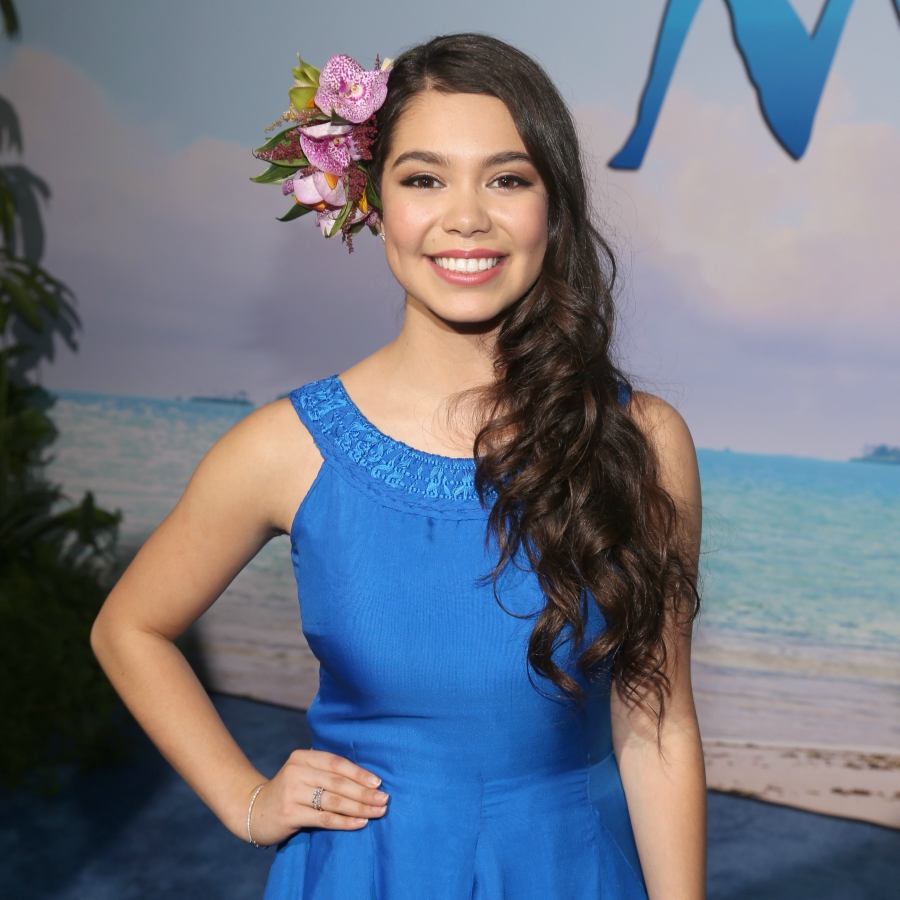 Sweety High: What was your favorite part about filming Moana?

Auli'i Cravalho: Oh gosh, don't make me choose! I loved every single moment working on Moana. I had the direction of the greatest directors in the world. Everyone was just so supportive and it was a great time.

SH: Are there any funny behind-the-scenes moments that happened while making the movie?

AC: One time, I had eaten some sort of delicious yogurt treat that they had and my stomach was gurgling. I didn't realize that our mics were so strong and they could pick up those things. Listening back on a few recordings, you could hear my stomach growling. I couldn't stop laughing.

SH: What was it like meeting Dwayne "The Rock" Johnson?

AC: He's very nice! The fact that he still had the spirit I feel us people from the island have, it was really nice to see.

SH: Did he give you any sort of advice?

AC: Definitely! I look up to him and a lot of us look up to him from the islands. A lot of times I felt like, especially with Moana, I didn't think I was going to get this and I didn't know what life had in store for me. So he gave me the advice to just always stay true to who I am and be confident in that.

SH: Other than Moana, who's your favorite character in the film?

AC: Maui! He's awesome. He definitely needs some shaping up, which Moana does. She's got to keep him in line. But he's very funny, and his backstory is one that I think people can really connect to. I think it makes him a lot more relatable. Yes, he's a demigod, but he's got problems just like anybody else.

SH: What's the most difficult part about being a voiceover actor?

AC: This was my first ever film—first ever anything really, besides the backyard plays I'd put on for my mom. One thing, I didn't have anyone to play off of. So as much as I thought I'd be acting with Dwayne next to me, we did not. But I got to work off of one of our head writers, Jared Bush. He put on his best Maui voice, so that was different. I think it's really amazing to hear in the movie, because it sounds like Dwayne and I are just talking back and forth.

SH: If you weren't Moana, which other Disney princess would you love to have voiced?

AC: I love Belle. She's so smart and so pretty and she has all these books. I've never had cable. I have a TV, but we don't really use it at all. So I was a total book nerd just like Belle.

One of my favorite things to do is settle into a good novel! ❤️ I'm currently enjoying 'Æsops Fables', what are some of your favorite books? #BookLove

SH: What does Moana mean to you personally?

AC: As a cultural kind of view, Moana literally means ocean. I'm Hawaiian. I've lived in Hawaii all my life. The ocean has always been a really big part of my life. I'm surrounded by it every day. I paddle, I surf, I swim. All of those things.

And also, I'm 16. Or I will be 16 the day before our film comes out. So I definitely connect to the character of Moana in that way, as well. I just feel like she's such a relatable person. In our film, she sets out on the journey to find herself. Like I said, I totally get that. I'm 15 going on 16, so I relate to that.

SH: What do you hope moviegoers take away from the film?

AC: One, Moana is about a journey. Yes, hers is across hundreds and hundreds of miles of ocean, but she also goes through an emotional kind of journey to find herself. And I hope everyone takes that and sees that Moana takes the time to find herself and that's perfectly fine to do that. It's necessary for everyone to do that.

Second, I hope that they realize the Polynesian culture is, first of all, real and, second of all, really cool! Navigating by the stars is something that my ancestors really did. I hope this film inspires more people to learn about it. And maybe even voyage on their own.

Have you ever wondered what it would be like if Disney princesses had Pokémon? If you have, HERE are the Pokémon teams each princess would have.