Do you ever feel like you're not living your best life because you're not being authentic with yourself?

It happens to the best of us, but it's never too late to make a change. That's the idea behind Jenny Block's new book Be That Unicorn: Find Your Magic, Live Your Truth, and Share Your Shine. It's a guide to being the best, most honest version of yourself—that unicorn.

We spoke with Jenny about her experiences finding her own unique voice, and why it's so important for her to empower others to do the same to unlock their inner unicorn. Keep reading to see how this mentality might help you.

Sweety High: What inspired you to write a book helping people to become their most authentic selves?

Jenny Block: I've had a long writing career that began with being a college writing professor, and no matter what I've written about or where I've traveled or who I've met, it feels like everyone is looking for the same thing. Everyone wants to be heard, and to be part of the herd. They want to know they're doing okay, and that their choices are okay, and that they're okay as a person. Everyone just wants support.

No matter what genre I was writing about, my writing had the same message, which was, "You're doing great. Keep doing you." This felt like an opportunity to pull back and look at it from a higher level. What are humans really looking for while we're trying to figure out life?

I got to relive, for better or for worse, my own teenage and college years and remember what it was like to be in the middle of a crowd and feel all alone. I don't think anyone should have to feel that way. We live in sort of a mean girl world right now. It's cool to blow people off or ghost people. Reality TV shows people being just awful to each other. I feel like the answer is really really simple—we just have to go back to being nice to each other. It's not a new concept to be yourself and to be nice to people, but it seems like we needed a new take on it.

I've always thought of the metaphor that if everything was perfect we'd just be in a world full of frolicking unicorns. What would that mean for us? Everyone would be nice, doing their best to help each other. But that message can get super cheesy, and when it's cheesy, people miss it. This was a fun way to not suggest any of us be pushovers or take malarkey from anybody, but stand up for ourselves and do us and still be really great, nice, cool people.

I feel like we're missing that. Even anti-bullying efforts feel counterproductive because they're a little annoying. It's well-intentioned, but in truth we all just need to know we're fine, because when you know you're fine, you don't feel the need to be hurtful to other people. 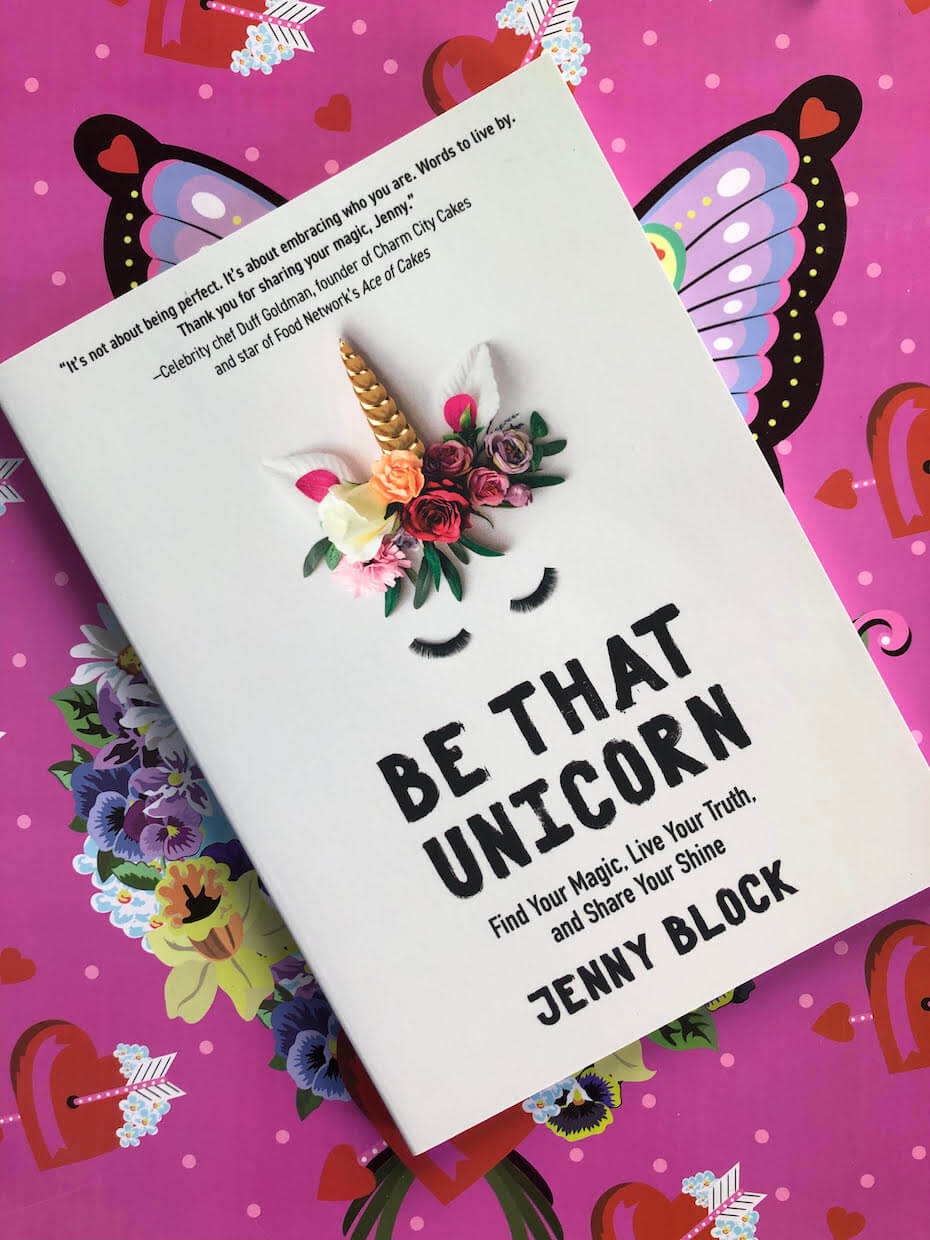 SH: Why is it so hard for so many people to say "I'm fine" and be honest and true to themselves?

JB: As a member of  "the media," I hate to blame it on media, but we're constantly inundated with so many messages that I don't know which ones to follow. The fashion magazines say I'm supposed to be super skinny, and I'm supposed to eat healthy and take care of my body, but some TV shows say it's fine to be any shape, and the big girl is always the butt of the jokes, and the skinny girl is always mean. I'm an adult and I can't make heads or tails of it. How can I be okay when everything is telling me there's something wrong with me?

If you're having a hard time, I suggest taking a media and social media vacation. It's amazing how differently I feel about myself in the world when I'm not comparing myself to everybody else—who, by the way, aren't like that either, because that's just curated social media.

The first time I realized "everything was wrong with me" was when I went to summer camp. When I was a little girl, I wore my galoshes with my tutu and always carried my stuffed monkey around and I had friends because I was nice. It all felt so simple. Then the other girls started reading Teen Beat magazine and all of a sudden my jeans were stupid and my hair was dumb. Why would they want to be seen with me, because I was a dork and wore my Girl Scout Uniform to middle school? I was your funny, nice friend yesterday, and now I'm dumb.

I don't know if I could be a teenager now. I think you have to be twice as tough-skinned, twice as resilient, and twice as strong in who you are. But at the end of the day, we're all exactly the same. We're all just trying to be us, and hang out and connect with people.

And when you're trying so hard to be yourself, you can wind up being like everybody else. That's the whole idea of being basic, where all the popular things are suddenly uncool. I like yoga and Starbucks. When did that become a problem? It feels like you can't win. It's a lot of information to go through and it's all very conflicting.

I'd rather be a unicorn. When I became comfortable enough with being me, I realized that who I am is someone who makes other people feel good about themselves. I'm really interested in who you actually are, and in fact, I'm quite disinterested in pretending. People have told me they just want to put me in their pocket and have me whisper in their ear all day long. I'm doing great. I actually can do that. And that's the book. 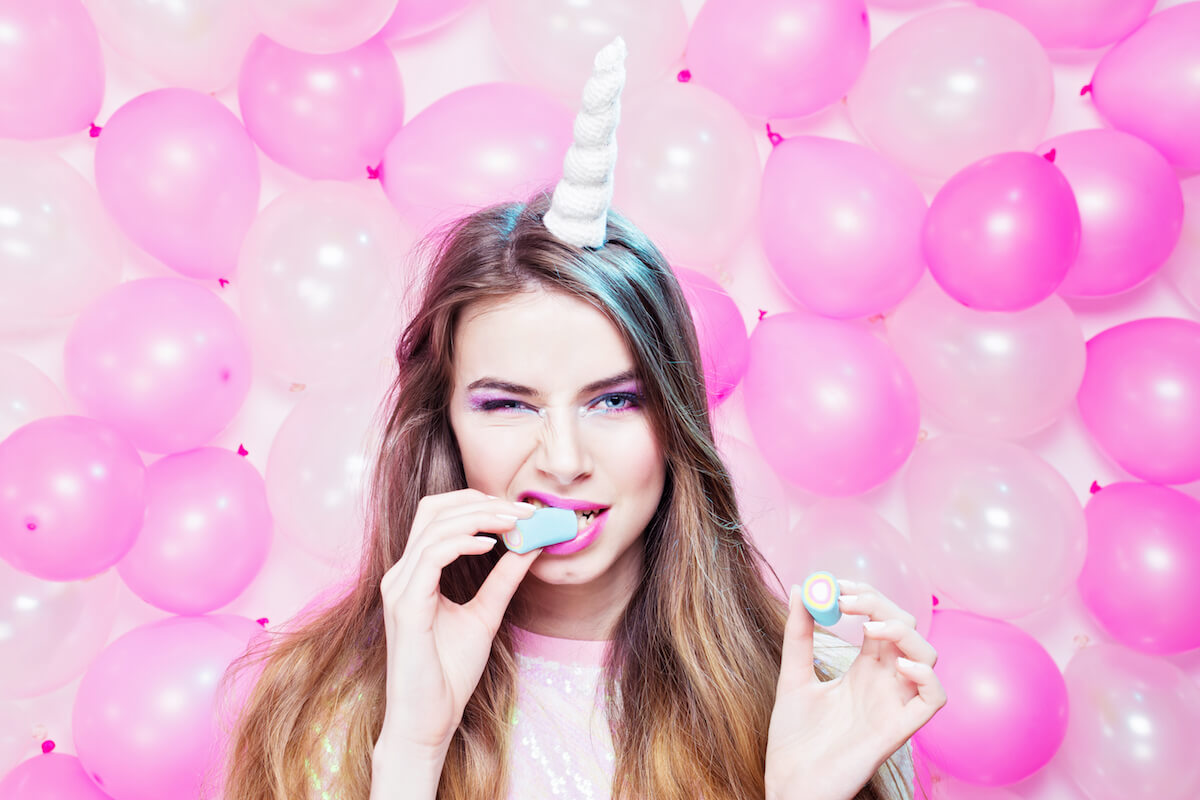 SH: The approach is probably going to be different for every person, but do you think there are steps we can all take to start embracing who we are?

JB: It will be different for different people, but I think there are some universal steps. First, you should establish your herd. Find out who the other unicorns are in your life. Who makes you feel great about yourself?  Hang out with the people who love you when you're you, not the people who want you to be someone else. That's not gonna help you.

I'm also very serious about the media diet. Spend a week using the internet for good instead of evil. Most of us need to be on it, but don't read every post. Give yourself a timer. Don't watch any reality TV for a week. See what would happen if you instead use that time to read something positive or watch something else on television that's not about who you're supposed to be, instead of who you are. It sounds almost like dieting—boring and awful— but as soon as I step away from the things that make me feel lousy, I really do feel better. When I'm on a trip where there's no wifi, I realize I haven't been beating myself up all day. There's nothing telling me there's anything wrong with me.

If you have the opportunity, step out of doing the things you hate doing and only do because of the people around you. Spend the weekend in your pajamas. You don't have to put on makeup every morning if you don't want to.

Instead of falling asleep to a reality show, thinking that you wish you had their life, why not fall asleep to the thoughts of, "I'm pretty great. I need to give myself a break. I need to stand up to people who don't think I'm great. I need to just ask for that job, to just go to the party."? We write the inner monologue that runs through our heads. If you're saying, "I'm too fat. I'm too dumb. I'm too short. My clothes are too cheap," that has to stop. And that's challenging, because most of us spend a lot of time beating ourselves up. Don't say anything to yourself that you wouldn't say to your best friend. Instead, say, "You look great in that. Don't be silly, of course those people want to talk to you. You'd be great at that job." 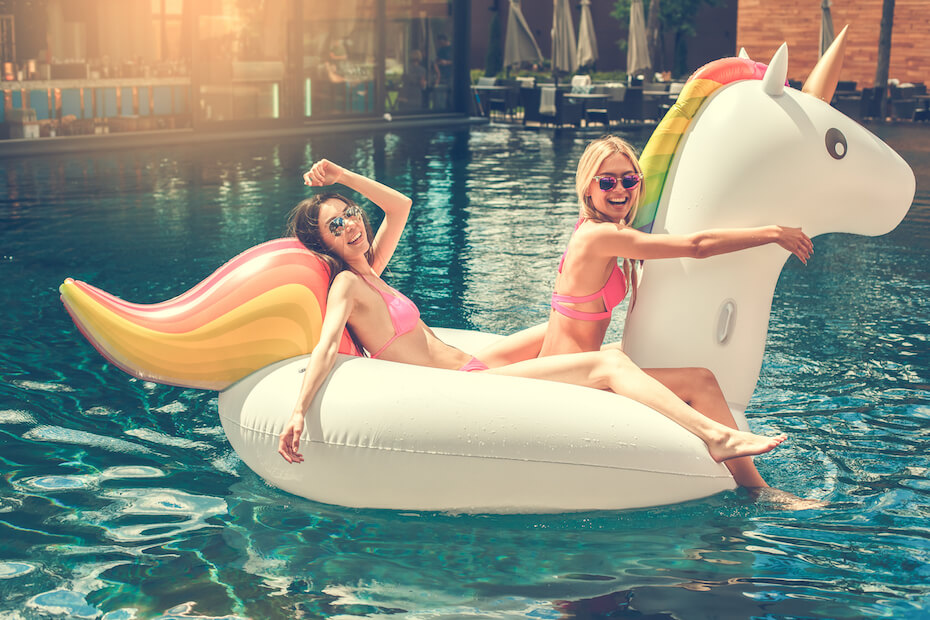 SH: What was it about the imagery of a unicorn that spoke to you in terms of what makes us all unique?

JB: The image always seems to follow me around. I've had it in my head since I was a little girl, and I'm not exaggerating when I say I woke up in the middle of the night and went, "What if we were all unicorns?!"

I asked my brain what it was saying to me and started thinking about what a unicorn really is. It's mythical, and yet a lot of people "believe" in them. They're fantastic creatures in many ways, but they're not pushovers. They have horns on their heads, and if you mess with them, they're not afraid to use them—but they'd prefer to just be friendly and sparkly.

I couldn't make up a better metaphor. It helps me look around my study and see the unicorn that reminds me of who I want to be and what I want to do. I didn't invent the wheel, and I don't intend to reinvent it, but I do think that it's the unicorn's day. It's the time for someone who's more than just nice. A unicorn stands up for themself, but will definitely do things the nice way for as long as possible. That's who I am, that's how I've always been, and that's who I try to help people to be. When I'm not that person, I'm disappointed in myself.

Unicorns felt authentic. If I had to pick one animal to describe me, it's got to be a unicorn. It's make-believe, but even the fact that we've made up this animal is incredible to me. It just made sense. And being a unicorn is mythical, too. None of us can hold it together all of the time. That's fine.

I would hate for anyone to ask, "How can you be sad? You're that unicorn." That's how it works. Sometimes you're sad, or mad. My dad always says we cannot control people or situations outside of us, but we can control our responses to them. Being that unicorn is about controlling the one thing you can, which is you. 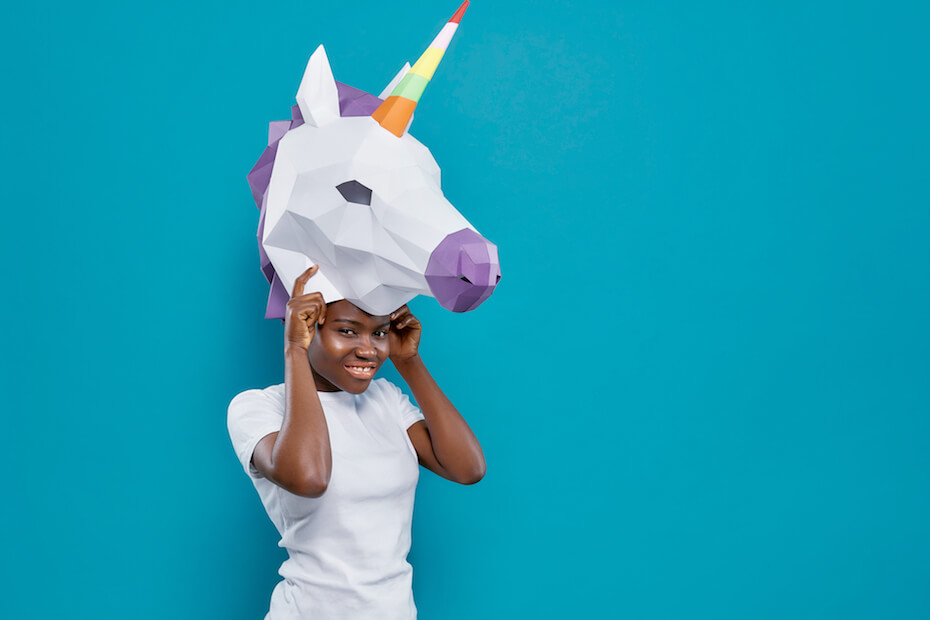 SH: Any last words for all the unicorns out there?

JB: When I went to law school, the first thing we had to do was put a study group together. I thought that was the last thing I needed because I don't like group work, but it was the best studying and the best bouncing-off of ideas ever. I have these little fantasies about helping people form their own little herds and talk about their unicorn journeys. It doesn't have to be a formal thing— just a little group of people to encourage you and say "horn up!" They're your go-to squad. Nobody becomes a unicorn by themself. Band together with people, and don't think that if you ask people for help you're not being a unicorn.

Learn more about Jenny and her mission at Be That Unicorn.

Need a little kickstart on that unicorn life? Click HERE for tips on empowering yourself, and other women, by standing up to mean girls.