Everything You Need to Know About Norwegian Singer-Songwriter bby ivy

The Norwegian artist is best known for her enchanting rhythms and vibrant neon green aesthetic, and to be frank, we're obsessed with both. Keep reading to discover everything you wanted to know about bby ivy. 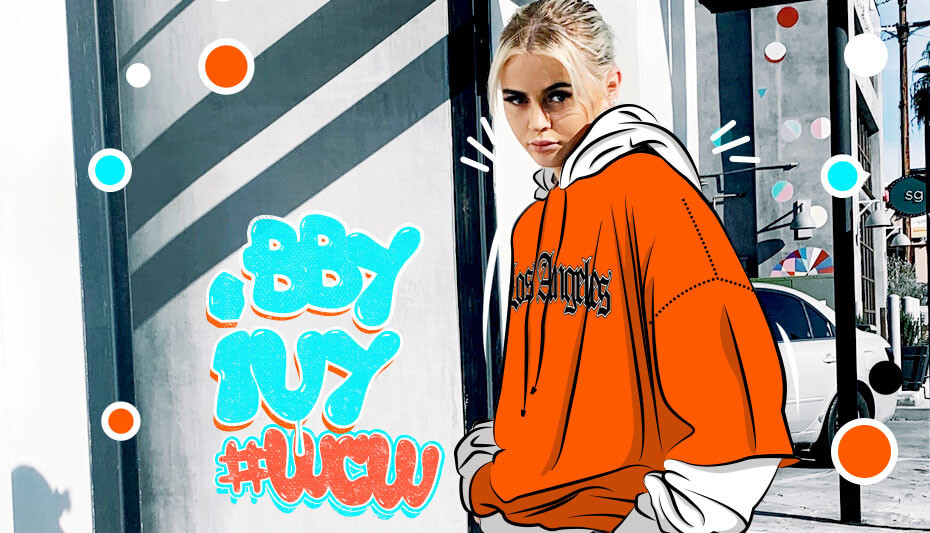 1. bby ivy often looks to other musical artists for inspiration when it comes to both music and style.

"I love discovering up-and-coming artists who aren't getting enough love. I spend so many hours online scouring the internet for new talent. Definitely a passion of mine."

2. She has a pre-show ritual that gets her through her stage fright.

"Before a show I get crazy nervous, so I'll watch performances from artists I love, to inspire me. As soon as I see them on stage, I know that's what I wanna do with my life."

3. She says one of her bad habits is that she's constantly twirling her earrings around.

"I've done it ever since I first got my ears pierced when I was 8. I actually can't stop it."

"I used to pretend I was a mermaid all the time, and even sewed myself a mermaid tail with flippers at the bottom that I could slide on whenever we went to the beach. Huge swimmer."

5. If she could pick anyone to be her mentor, she'd choose producer and music industry exec Clive Davis.

"He knows the ins and outs of the music industry better than anyone, and he has an amazing ear for it."

"My eyebrows are naturally so blonde and practically nonexistent if they don't get some love in the morning."

7. She says the biggest risk she ever took was moving to Los Angeles by herself when she was 16.

"I didn't know anyone there, but I knew that I wanted to be an artist, and L.A. was the place to do it. I'm so happy I took the risk because it definitely paid off."

8. She's obsessed with the music of Lewis Capaldi.

"His music is drastically different from what I release, but he's my go-to for whenever I'm feeling particularly emotional."

9. The three words she'd use to describe herself are "driven," "compassionate" and "weird."

"I've definitely watched every single one there is on The Beatles, Queen and Michael Jackson. Whenever there's a new one about an artist, I am the first in line to watch. There's so much to learn from others."

Love the classics as much as bby ivy? Click HERE for our favorite Beatles lyrics to use as Instagram captions.