9 Graphic Novels Perfect for Anyone Who Hasn't Read Comics Before

Sep. 25 is National Comic Book Day, and while I plan to celebrate by reading some of my favorite books, I realize that the medium doesn't feel all that accessible if you've never read a comic.

Getting into comics feels even more intimidating when you don't know the difference between comic formats. Typically, new 32-page issues of a comic are released every month. This can make it tough to follow along and read every story if you're a more casual reader. It can also be frustrating for voracious readers who would rather binge-read big pieces of the story at once.

That's why I recommend getting into trade paperbacks, rather than the individual issues. These bundle multiple issues in a series into bigger books. Even if a story has a dozen volumes, it's a lot easier to collect 12 books than 48 individual issues. Plus, you can find TBPs in most bookstores, instead of only dedicated comic shops. There are also graphic novels, which are initially published as one cohesive work in a single book.

And getting into comics doesn't have to be expensive. If you don't mind reading comics on your phone, you can borrow free digital copies from your local library with Libby as long as you have a library card. If you prefer to read physical books, you can probably check comics out from your local branch. When they don't have what you're looking for, most library systems now have online databases that let you send books from any of the libraries in their system to the one closest to you. And if you do prefer to actually buy your comics, you can always click HERE to find comic book stores near you.

With that out of the way, these comic series and graphic novels are accessible and exhilarating reads to kick off your comic experience.

Bone follows the story of three cousins—Phoney Bone, Smiley Bone and Fone Bone—who are forced out of their hometown after Phone Bone's scheme to run for mayor leaves the whole town sick and infuriated. As they leave the comfort of modern life for the first time, they find themselves wrapped up in a fantasy epic and at odds with an evil demon called the Lord of the Locusts. The tale is so much more than it looks on the surface. There are nine volumes of Bone, plus a prequel, but start with Out from Boneville (Bone #1). 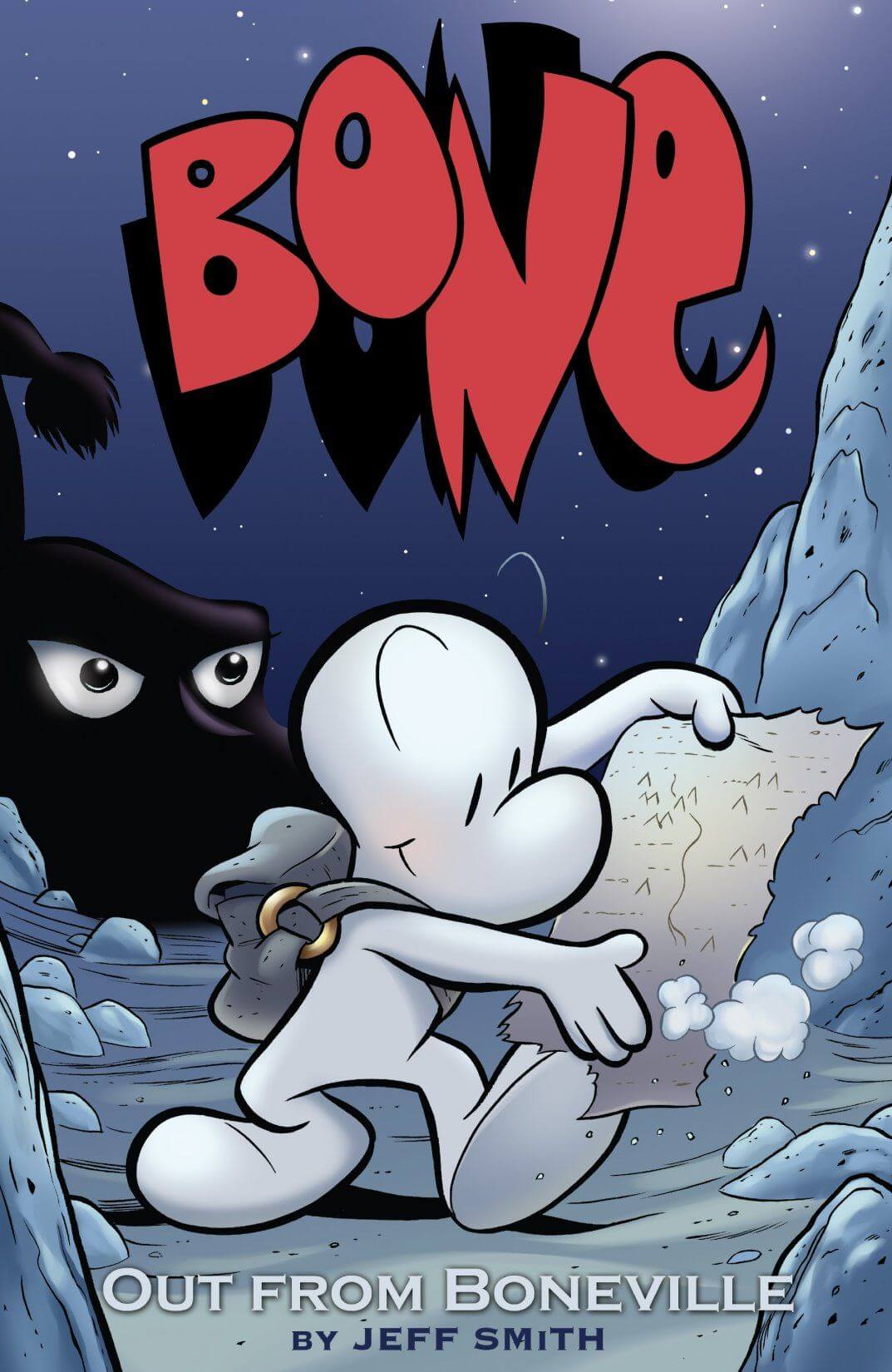 If you enjoy reading historical fiction, you can't miss out on Boxers & Saints. This pair of graphic novels tells the story of the Boxer Rebellion, an anti-foreign revolt which took place in China at the turn of the 20th century—with the two books presenting opposing perspectives on this bloody conflict. Boxers follows a boy called Little Bao whose village is ravaged by outsiders, leading him to become a key figure in initiating the rebellion. Saints tells the story of Four-Girl, who becomes everything the Boxers oppose when she converts to Catholicism after being inspired by a French missionary. Both character-driven tales are as moving as they are harrowing. I recommend the box set, because as soon as you finish reading either book, you'll want to dig into the next 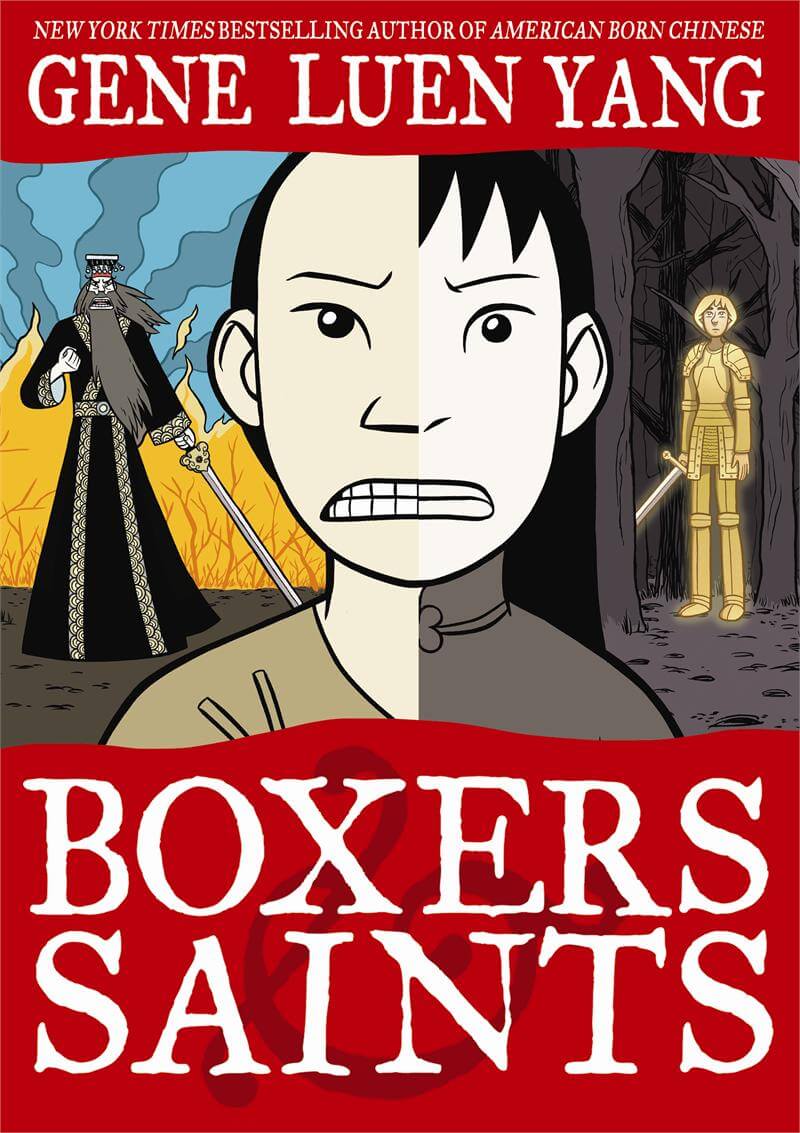 If you prefer stories that are more grounded and relatable, try Drama by Raina Telgemeier. It follows a middle schooler named Callie and follows all of the drama she encounters during her junior high experience doing set design for a school musical. Being so busy with the production leaves her little time to juggle multiple crushes, unrequited love and sudden coldness from her best friend. The entire story is contained in one graphic novel. 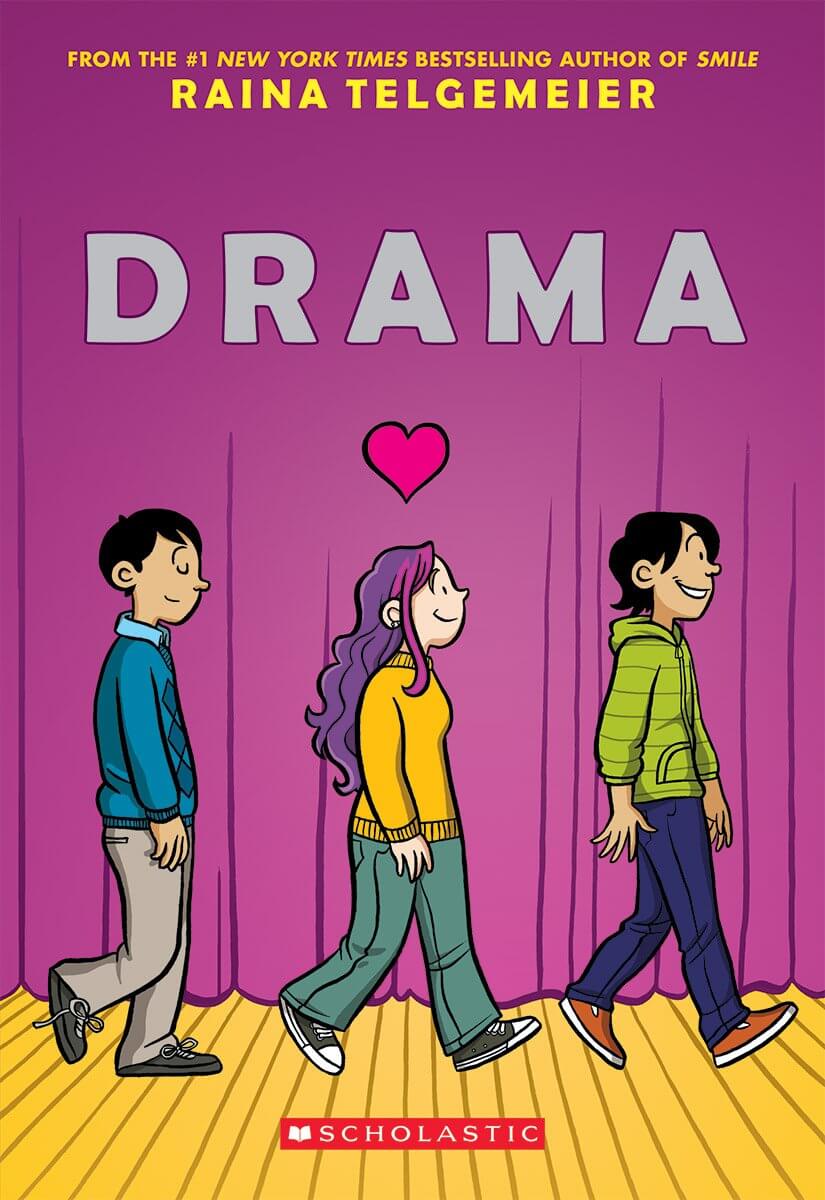 The Graveyard Book by Neil Gaiman

This graphic novel is actually an adaptation of a Newbery Medal-winning novel of the same name, with illustrator P. Craig Russell taking Neil Gaiman's words and stunningly depicting every haunting moment of the tale. It follows a boy called Nobody Owens who's taken in as a baby by an entire graveyard of ghosts after his family is murdered. With the killer still after him, Nobody is forbidden to leave the burial ground. He's also gained some ghostly abilities of his own along the way, but his curious spirit will put him in danger time and time again, whether that evil is otherworldly or all-too-human. It was originally released as two volumes, but I prefer the single volume edition. 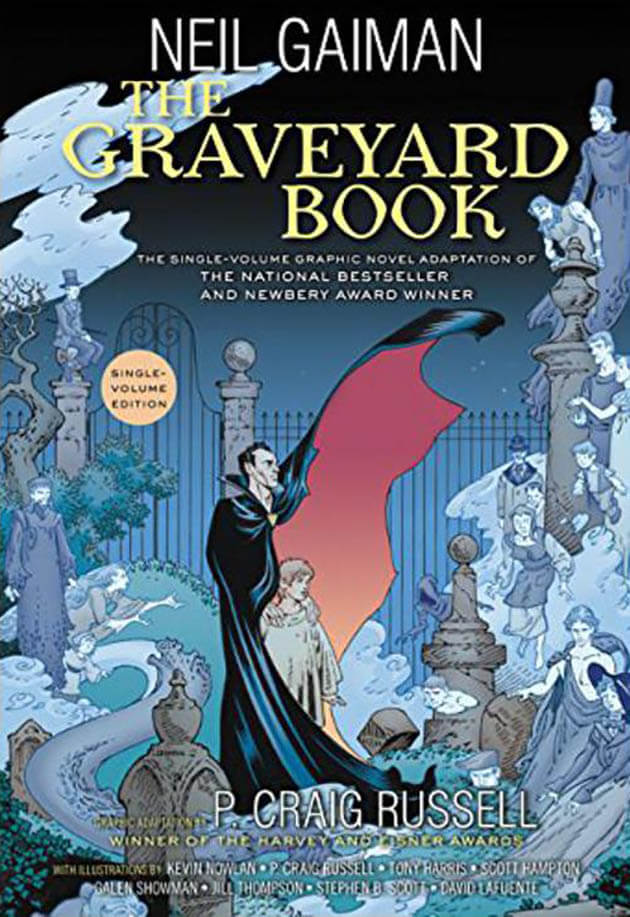 If you're delighted by the idea of naming a summer camp "Miss Quinzella Thiskwin Penniquiqul Thistle Crumpet's Camp for Hardcore Lady Types," you won't be able to resist Lumberjanes. It follows five girls who attend the aforementioned camp as Lumberjane Scouts, only to find that some really bizarre supernatural happenings keep taking place around them. Of course, it's up to the scouts to get to the bottom of whatever is happening (and to earn a few badges along the way). It's an ongoing series, with its 11th volume releasing in April of 2019. Start with Lumberjanes Vol. 1: Beware the Kitten Holy. 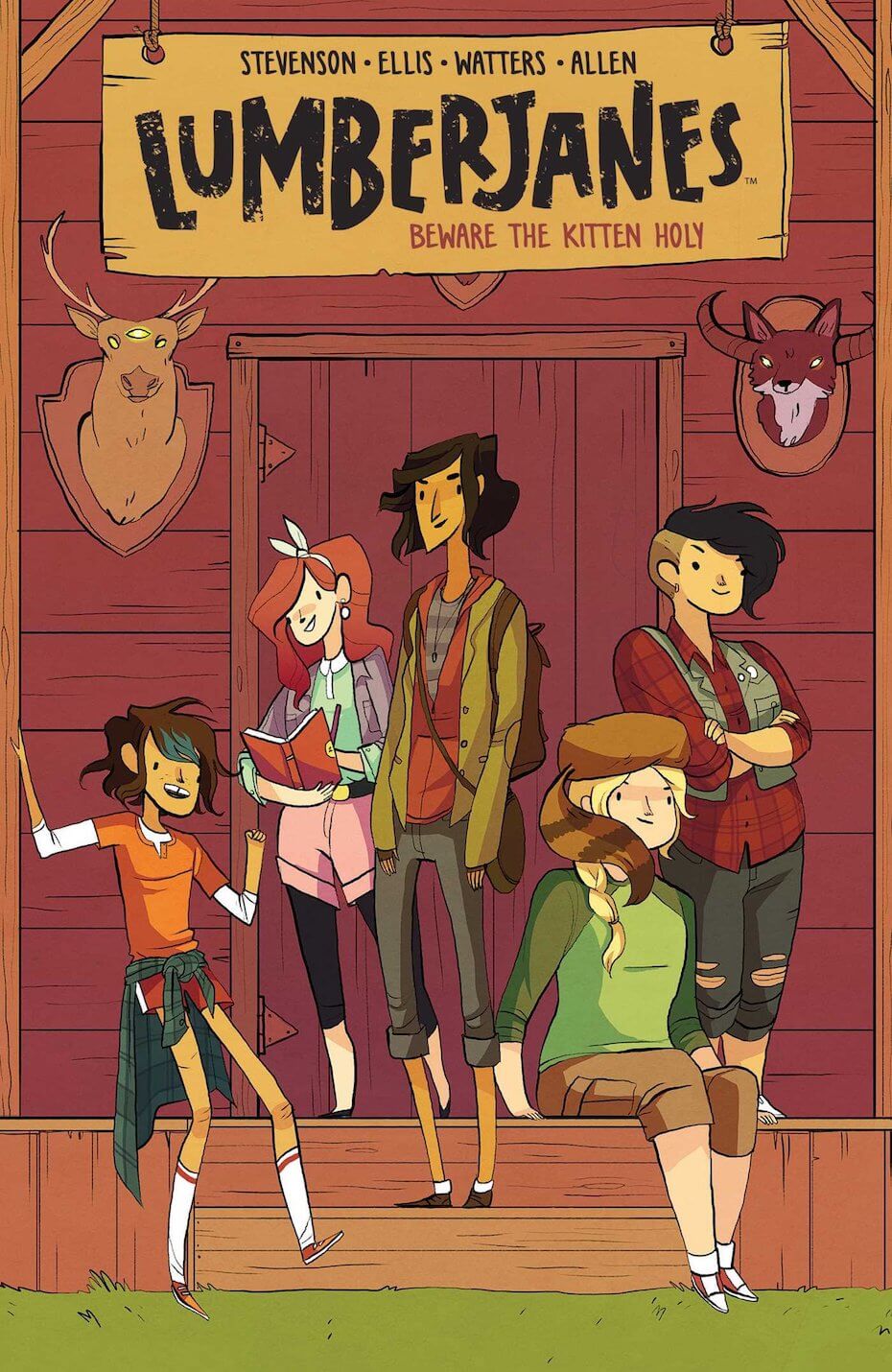 Over the Wall by Peter Wartman

In Anya's world, a bustling city lies behind a giant wall. Long ago, people lived in the city, but they abandoned it to live simpler lives in the surrounding countryside, and entry is forbidden to all but those participating in a coming-of-age trial. When Anya's brother disappears during his rite of passage, she decides she must enter the city to rescue him, uncovering all of the city's secrets along the way. Read the whole thing in the graphic novel. 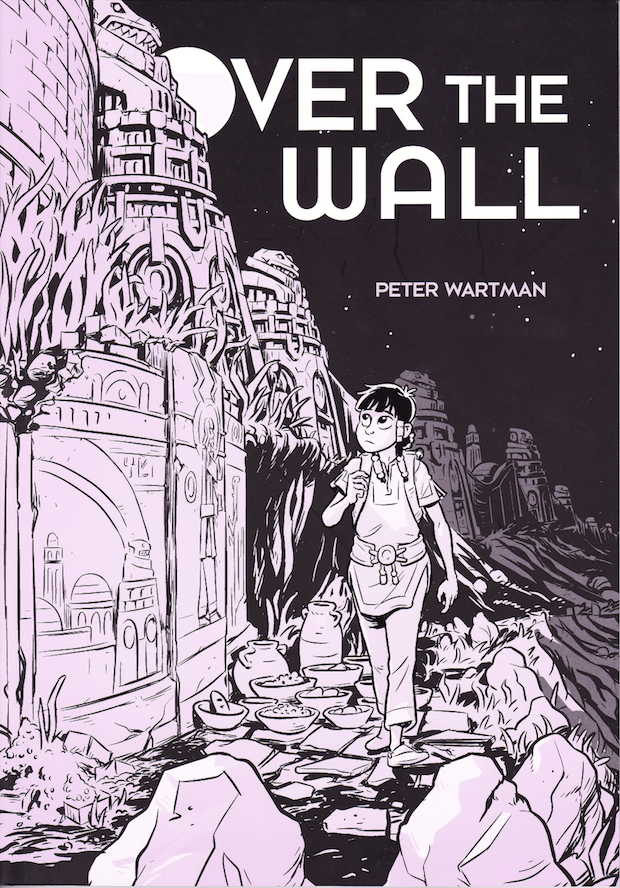 Paper Girls takes place in the '80s, following four 12-year-old girls who bond over their shared paper route. When a couple of them are attacked and robbed by a group of men in Halloween costumes, they are led to a house undergoing construction. There, they discover a time machine and find out the men were actually aliens—and that's just the end of the first volume. It's an ongoing series, with the fifth volume slated to release this December. Start with Paper Girls Vol. 1. 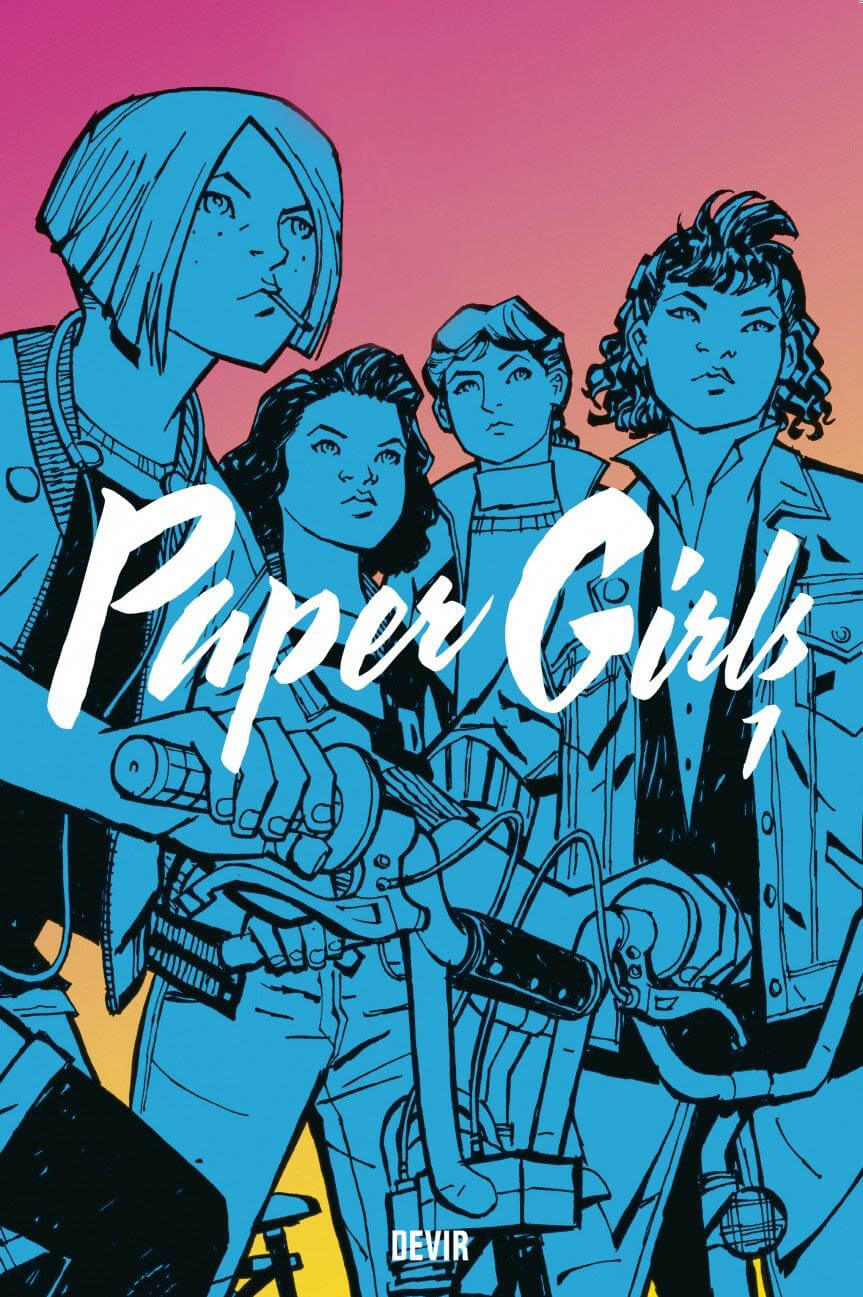 In the video gamey world of Scott Pilgrim, pretty much anything can happen. When a magenta-haired girl named Ramona Flowers rollerskates into slacker Scott's life, she's all he can think about. Problem is, he has a girlfriend and doesn't know how to break up with her. And then there's the whole thing about her seven evil exes. In order to date her, he must vow to defeat every one of her superpowered ex-boyfriends—with a healthy dose of video game tropes and references thrown in. The entire story takes place over six volumes, starting with Scott Pilgrim Vol. 1: Precious Little Life. 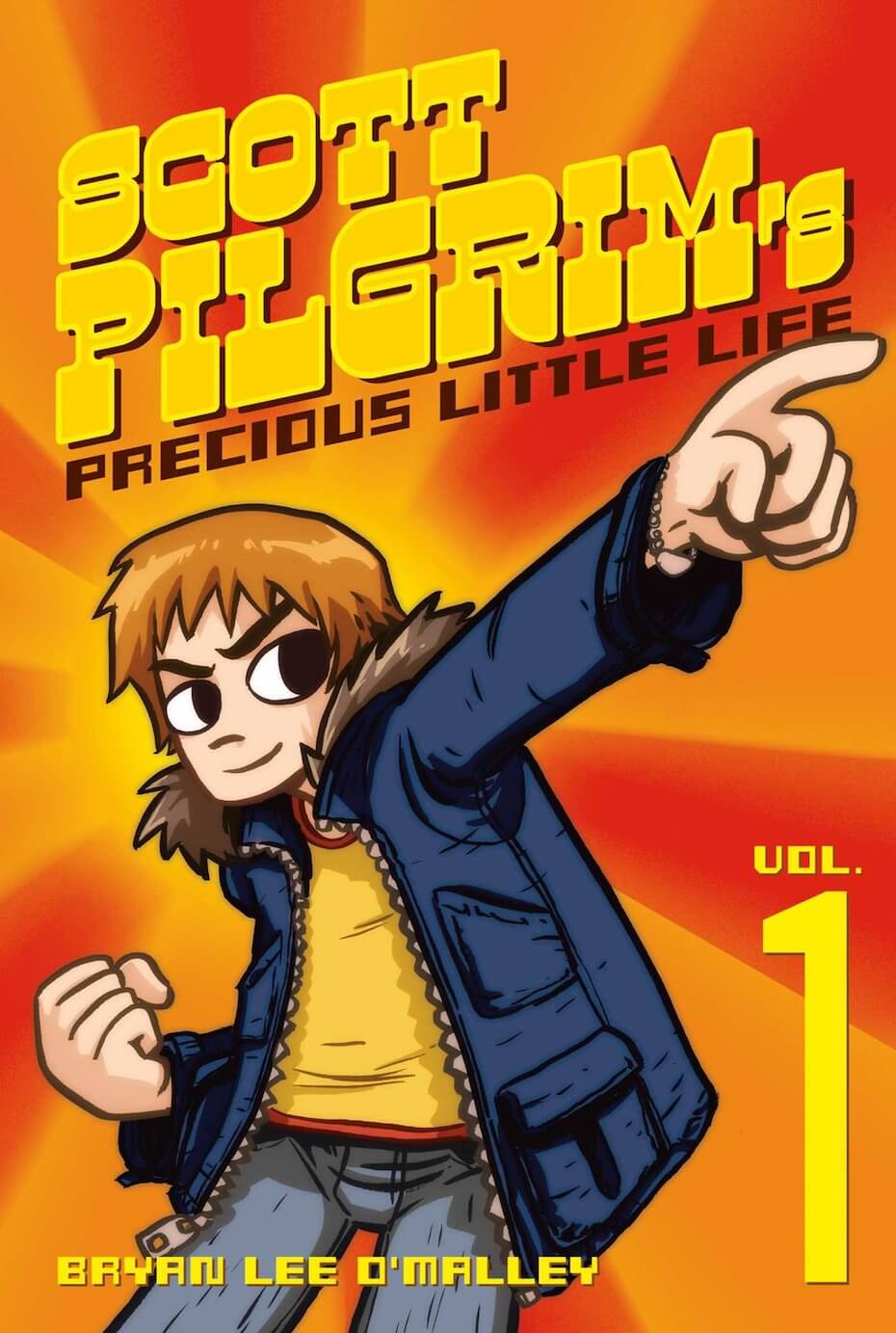 When Emma is attacked by monsters from another dimension, she knows it's time to reunite her old superhero crew. They're the Zodiac Starforce, each with their own magical powers derived from their zodiac signs, and they're about to face an evil bigger than anything they've encountered before. As Emma fights off an otherworldly infection, the entire team must learn to balance school and their social lives with their duty to save the town they love from destruction. Two volumes are out now, starting with Zodiac Starforce Volume 1: By the Power of Astra 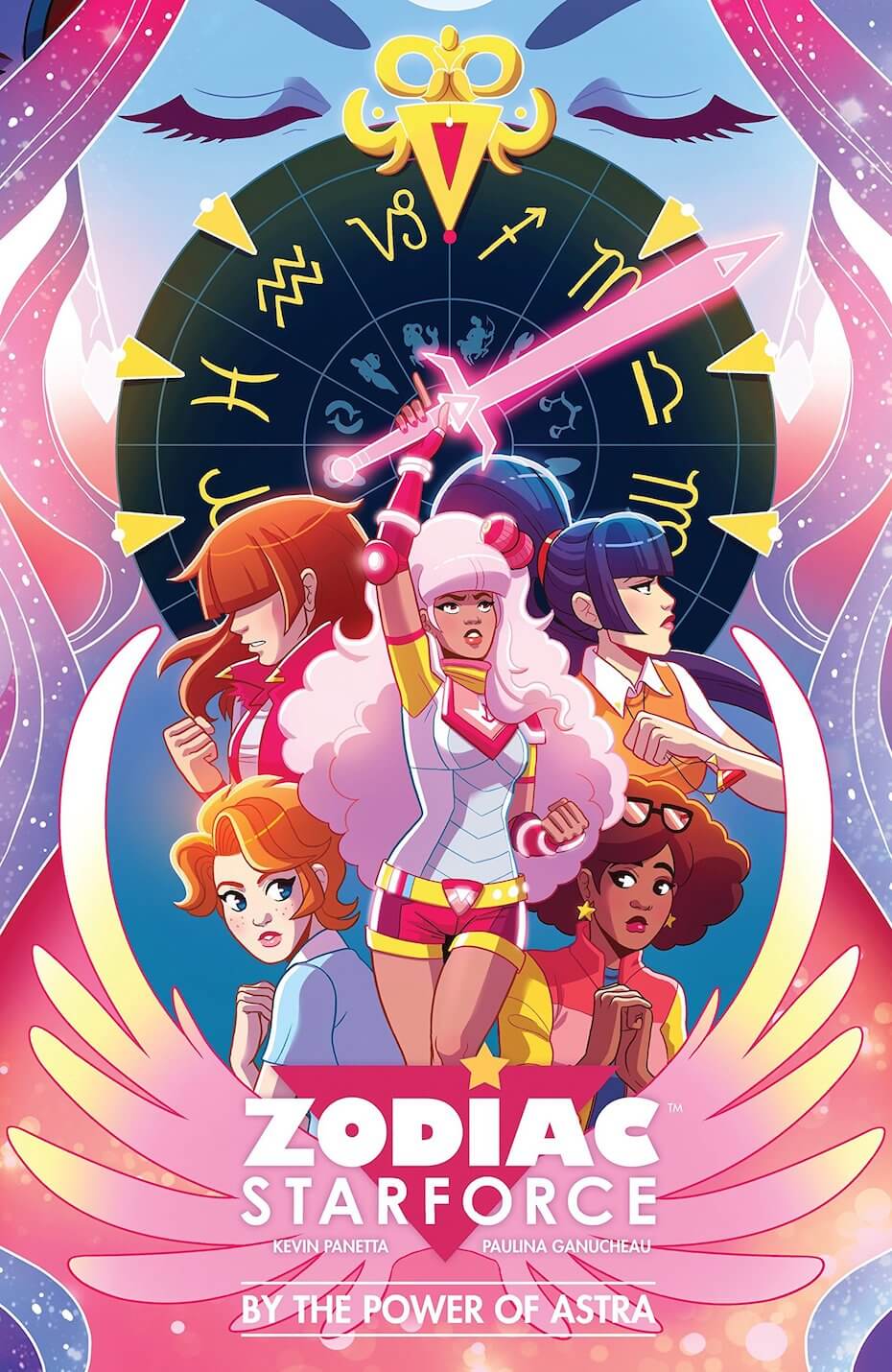 For more comics suggestions, click HERE to find out about the Archie comic you HAVE to read before The Chilling Adventures of Sabrina hits Netflix.