I've never had the pleasure of traveling to the Southern States and trying out their delicious and authentic Southern food, but it's definitely on my bucket list.

I've always suspected that the fast food version of classic fried chicken and Nashville hot chicken pales in comparison to the real thing, but I didn't have the chance to confirm those suspicions until I got to try Big Shake's Hot Chicken & Fish. The Tennessee-based restaurant specializes in delicious fried chicken, and now ships nationwide—and the team behind the brand was kind enough to send me a bunch of their delicacies to try and review for myself. And, after tasting Big Shake's, it'll be tough to ever go back to fast food fried chicken.

Big Shake's was created by Shawn Davis, aka Big Shake, who's been cooking since the age of 12, and has been around since 2013, expanding with multiple locations before also deciding to ship nationwide. Their products include hot sauces, seasonings, cornbread mixes and chicken and fish fries for cooking at home, as well as delicious frozen offerings that can be heated up in the oven. From Nashville hot chicken to crunchy wings, shrimp burgers, stuffed turkey legs and more, Big Shake's is all about sharing authentic Southern taste with the whole country, without making any sacrifices.

Their chicken is free of all antibiotics and hormones, and cooked to perfection in-house. It arrives frozen, so all you have to do is heat it up according to the included instructions for delicious chicken every time. It's available in Original (non-spicy), CryBaby (mild), Rambo (hot) and Executioner (hot) flavors for every type of eater, and shipping is free on all orders $79.99 and up.

While I haven't made use of any of the fries and flours just yet, I have cracked into the seasonings and sauces, and I can say they're all delicious—though some of them aren't for the faint of heart. The seasoning salt is tangy and salty, with a bold garlicky finish, and it's an incredible flavor enhancer on meats and more. The Nashville Hot Seasoning packs a fiery punch and should definitely be used with caution, adding both great heat and flavor to dishes. I also like mixing them into a Japanese mayonnaise with lemon juice to make an impromptu spicy ranch that's awesome for dipping fried chicken and more.

The hot sauces were also super tasty. The Green Lantern sauce is made with aged jalapeños, and tastes like your favorite green sauce, but better. The Habanero Pepper Hot Sauce is a tastier take on tabasco, combining vinegary tang with tasty heat, while the Extreme Ghost Hot Sauce dials that flavor way up with the spice. That one's a bit too spicy for me, but I can see why others would love it. 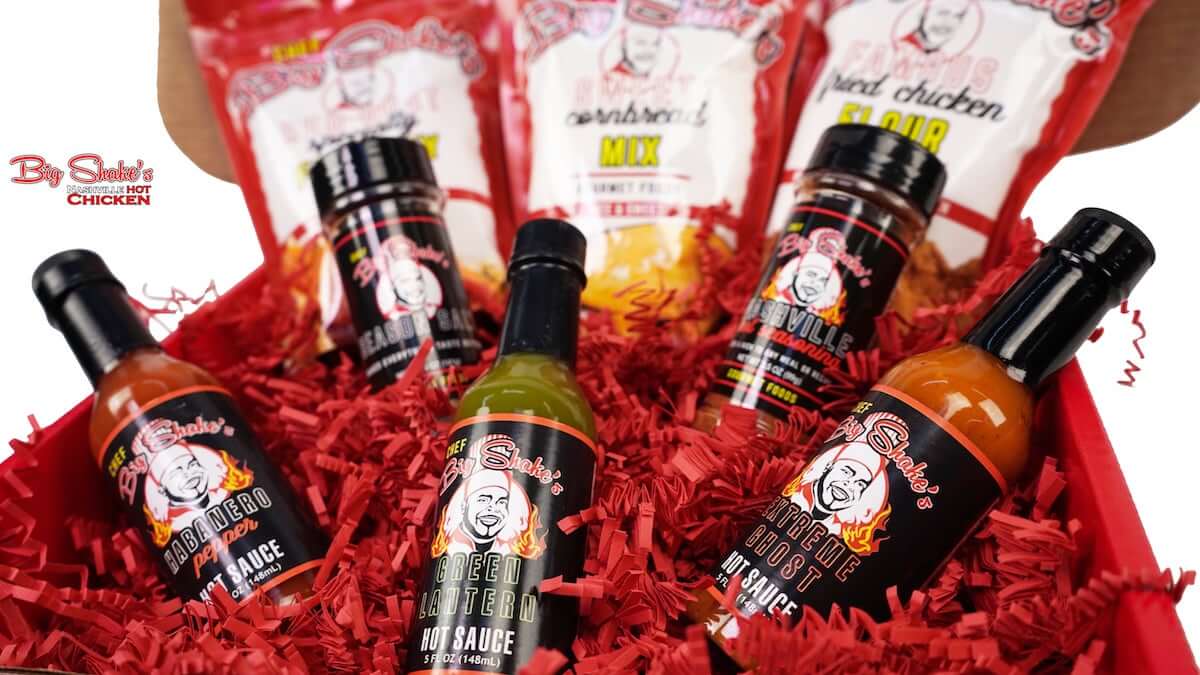 Next, I moved on to what I was most excited to try—the Nashville Hot Chicken jumbo tenders. Firstly, I will say they're not kidding when they say these tenders are jumbo. A dozen of them fed four of us on a day when we all had big appetites and left us all satisfied. After just 15 minutes in the oven at 400°, they were evenly cooked through, hot and crispy, and better than pretty much any other chicken strips I've had.

For one, they are seriously juicy. The chicken inside is moist and tender, yet the breading is crisp and crunchy, like these just came out of the fryer. I'm guessing these were the CryBaby tenders, because they definitely had some spice to them, but ever to the point where it was painful to eat them. They were just rich and full of flavor, and I had to keep whipping up more homemade ranch with the Seasoning Salt and Nashville Hot Seasoning because everyone loved how the flavors worked together. Even my mother-in-law (who opted to make her own meal when the rest of the family went to Popeye's earlier in the week because she's not big on fried chicken) enjoyed her fill and kept back for more because they were that good. After the meal, she also went directly to her computer to learn more about Big Shake's and see how much it would cost to order more. 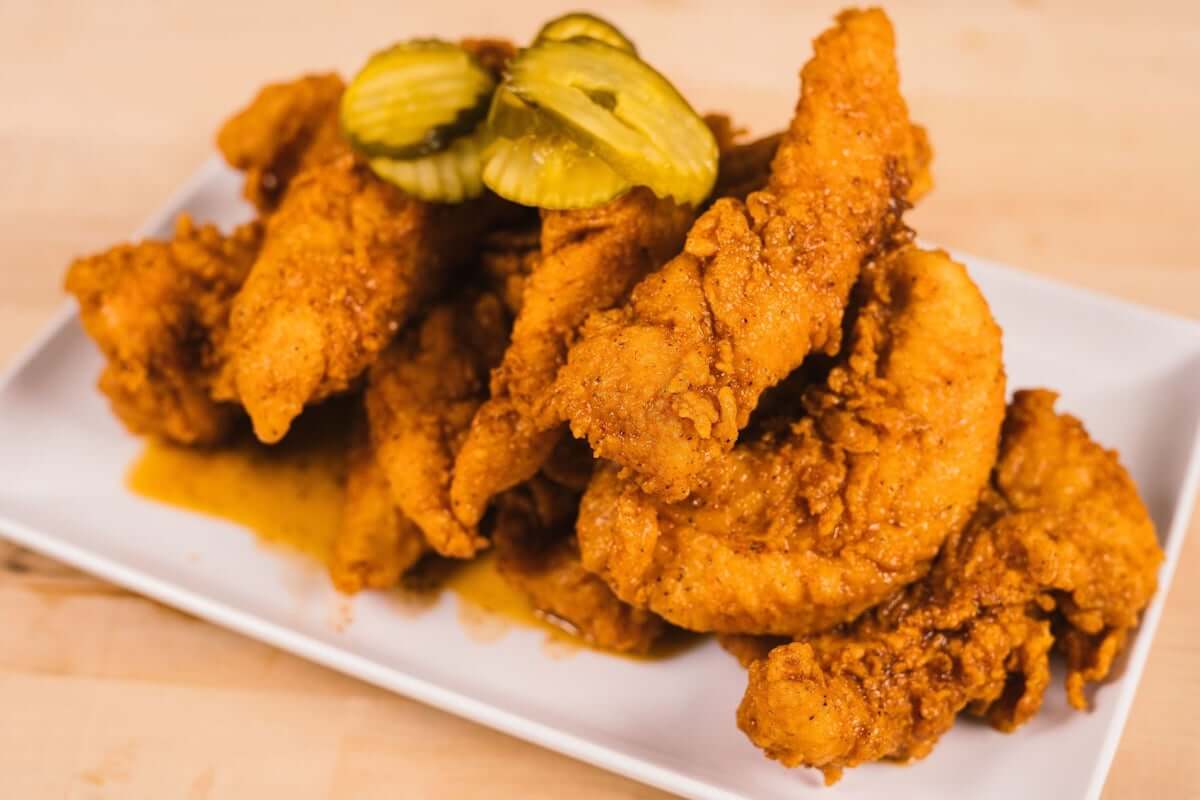 Last, but certainly not least, was the Whole Chicken & Wings Combo Pack, which in addition to six jumbo tenders also includes two breast quarters, two leg quarters and 10 jumbo whole chicken wings. This was a lot of chicken, and we wound up being able to spread it over multiple meals, with each one being just as delicious as the last. These ones also went into the oven at 400° for about 20 minutes (though we put the breasts back in for a little longer to reheat even more evenly), and again, they came out of the oven smelling and tasting like they would out of the hot oil fryer.

The Original-flavored breasts and wings were super meaty, and as tender as the strips had been, but with the more authentic experience of eating the meat right off the bone. I'm weird and usually don't enjoy dealing with anything with bones, but these were tasty enough that I essentially stripped the bones clean—especially when it came to the extra crisp and tasty skin.

And the wings might have been even better. Though they had less meat on them, the shape of the wings meant there was crispy, crunchy skin in pretty much every bite. I usually avoid wings at all cost because I feel wasteful when I eat them, but these were worth the hassle, and I'd definitely love to enjoy them again. 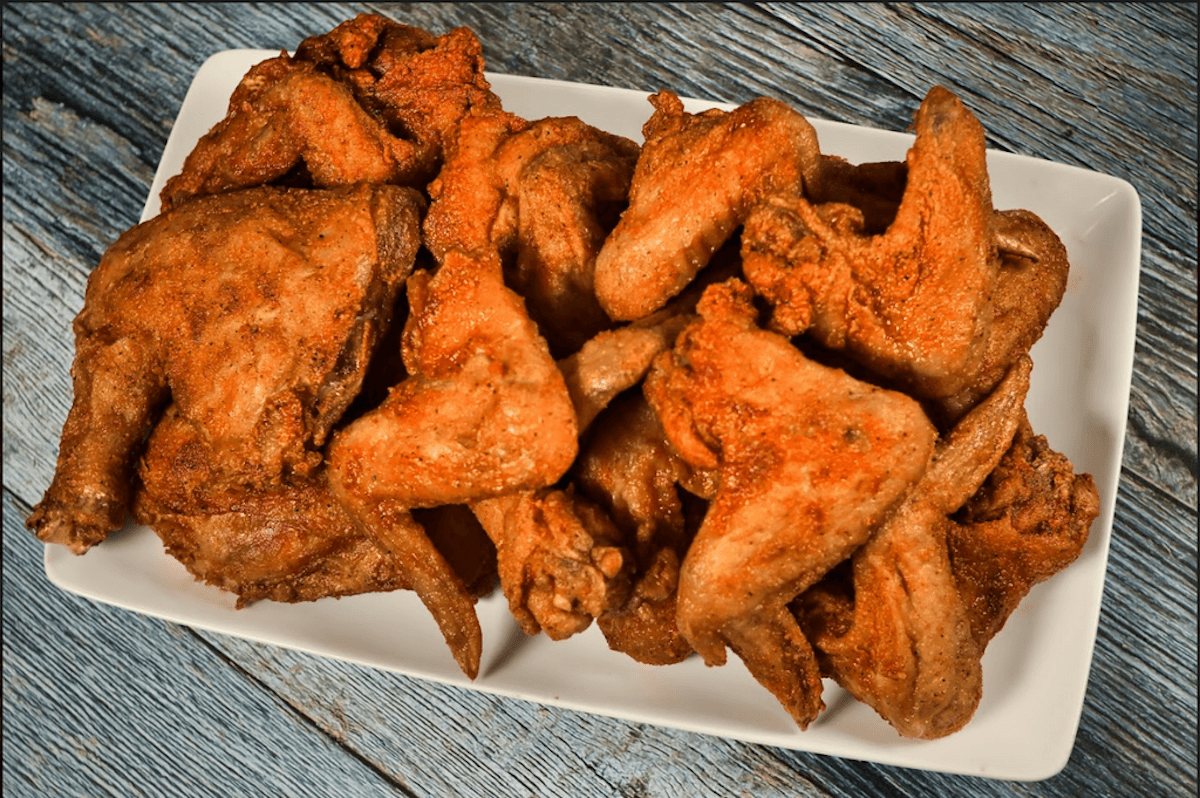 Big Shake's Nashville Hot Chicken may make the best friend chicken I've ever had, and though it'll cost you a lot more than it would at your local fast food joint, the price is worth the incredible flavor experience. The chicken is perfectly seasoned and fried, juicy from start to finish and super easy to reheat from frozen in the oven. I can't think of a single thing I disliked about the experience, besides the fact that it had to end. If I ever do make my way to Tennesee, a Big Shake's location will definitely be on my list of stops along the way.

Like trying plant-based fried chicken options are much as the real thing? Click HERE to learn about Nuggs, the "chicken" nugget of the future.