You may remember catching him on Disney Channel as dreamy drummer Charlie Delgado from Lemonade Mouth or as the cutie next door Tyler James on Dog with a Blog.

If you don't remember either of these gems, don't worry—just know that Blake Michael can do no wrong. We got the inside scoop on this talented and adventurous guy this week, find out what he had to tell us below! 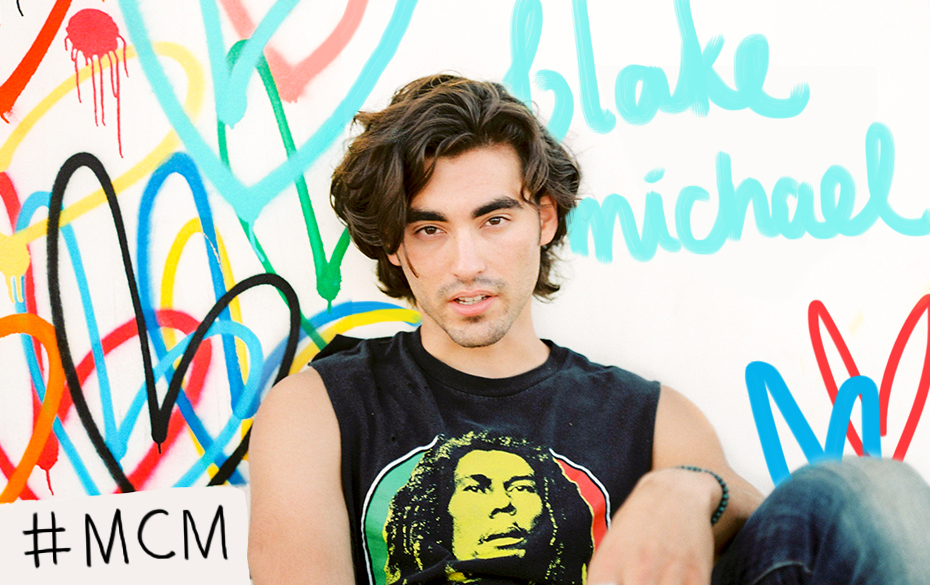 1. He is a low-key magician. "I got into magic when I was eight years old," he told Sweety High. "I remember putting on magic shows for my family and bringing new tricks to set to freak out the crew." Sounds pretty legit to us. ????

2. He recently created his own art studio and it looks totally magical. "I paint with oils on canvas," he said. "It's partially outdoors so I can see the stars while I paint."

getting messy and messing around in my new art studio

3. He understands our desire to travel the world. His recent trip to Paris had us like ????.

4. Like his character in Lemonade Mouth, he actually plays the drums. He even joked that he's a total "drum God." We can't say we disagree.

5.  His close friendship with G. Hannelius gives us way too many feels. His sweet birthday tribute was all we needed to confirm they are #friendshipgoals.

My my has the time gone by. I remember sitting in the audition waiting room across from this little girl We were asked to read together for the executives. Our enormous height difference was so funny. And now, 4 years later, there's not a huge height difference… So I guess we're not funny anymore? Happy birthday my dear G. I'm so proud of everything you've accomplished

6. His first acting gig made us LOL. "My first job was at four years old," he explained. "It was an ad for a froggy flashlight." Everyone has to start somewhere, right?

7. In addition to being a globetrotter, he's always down for a crazy adventure. As seen in many of his IG posts, he races cars, climbs rocks and somehow also finds the time to skydive. Crushing on this guy just keeps getting easier.

I jumped out of a plane!!! check it out. Would you ever do it?

If it wasn't obvious by now, we love all things Blake Michael and Disney Channel, but we also love THIS awesome story about everyone's favorite Disney fashion trend.