When I was first contacted to try out Bonafide Provisions' Keto Broth Cups, I was a bit hesitant.

I didn't know anything about bone broth besides the fact that it's what Baby Yoda eats in an episode of The Mandalorian, and frankly, it all sounded a little bit strange. But when I learned more about bone broth and its unique health benefits—including ingredients that support luxurious hair, skin and nail health, I changed my tune. I agreed to give the unusual treat a try, and I was really glad that I did.

While Bonafide Provisions has a number of soups and bone broths available on their website, I was given their Keto Broth Cups to try. As the name implies, the bone broth inside is keto as well as carb-free. The bone broth itself is made by simmering water, bones and apple cider vinegar together for many hours, releasing all of the goodness hidden within the bones into the water. Their chicken bone broth comes in a coffee cup-like container and three different flavors, but more important than the flavors are the health benefits of bone broth.

For example, bone broth contains amino acids that strengthen the gut lining, in turn boosting the immune system—which we need more of today than ever. It's also packed with gelatin, which supports tissue, bone and joint health, plus collagen, which is essential for healthy and beautiful hair, skin and nails. Plus, each cup contains 10 grams of healthy fats and 10 grams of protein. Bonafide Provisions' Keto Cups containing 8 oz. of bone broth sell for $6.50 each. 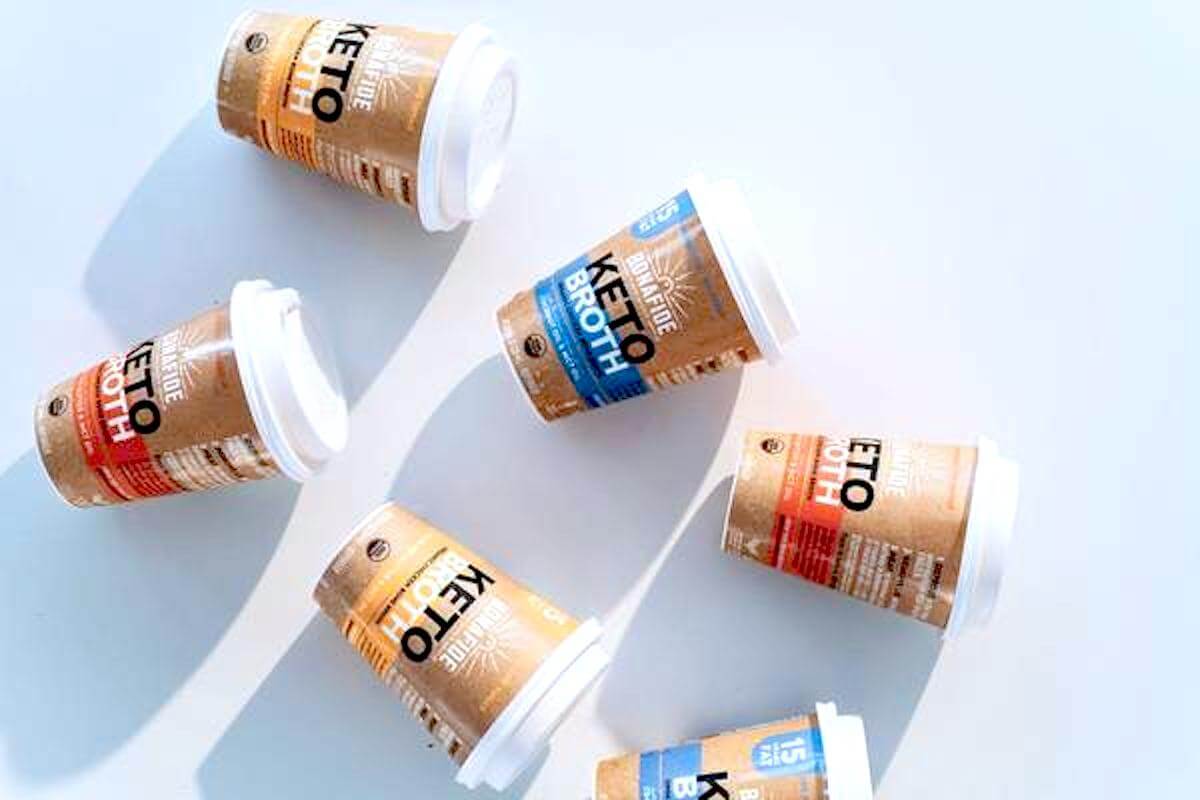 I typically like to go with the most neutral of the flavors when I begin a taste test, so this time around I started with the Classic Butter flavor. It came frozen in a container resembling a to-go coffee cup, including a plastic lid with a little sippy lid for drinking.

To heat up the cup from frozen, I had the option of heating on a stovetop, but I decided to go for the simpler microwave directions. I first had to remove a plastic wrap around the cup, then I took off the lid and microwaved it in 30-second increments, adding up to three-and-a-half minutes total, until its contents were fully melted and hot.

I was a little wary about how it might taste, expecting something strong and marrowy, but the chicken soup-like smell reassured me, and I was pleasantly delighted by the first sip. It tasted a lot like chicken soup, too, but with a creamy texture seasoned with garlic, onion and other spices. Though I think some may find it lacking in salt, I found it just right, and the fact that the broth was also low-carb made me feel good about it. 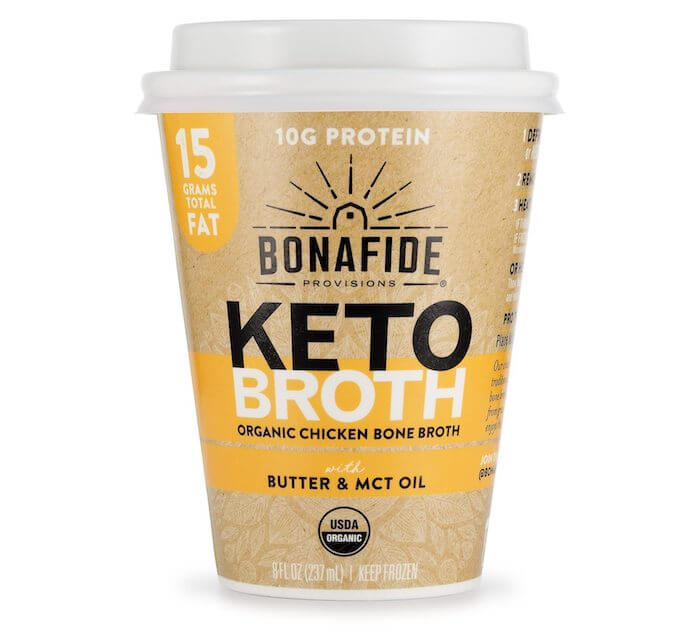 I went into the Lemon, Turmeric and Butter flavor with a much more open mind after my first trial, and I was just as happy with the experience. Turmeric is one of my favorite spices, and after repeating the heating process with this cup, I eagerly took my first sip of the vibrant yellow spiced liquid. This one was even better than the first, with the turmeric adding  warm, earthy spice that was almost reminiscent of a curry. It tasted great, and I loved that I could enjoy it pretty much guilt-free. 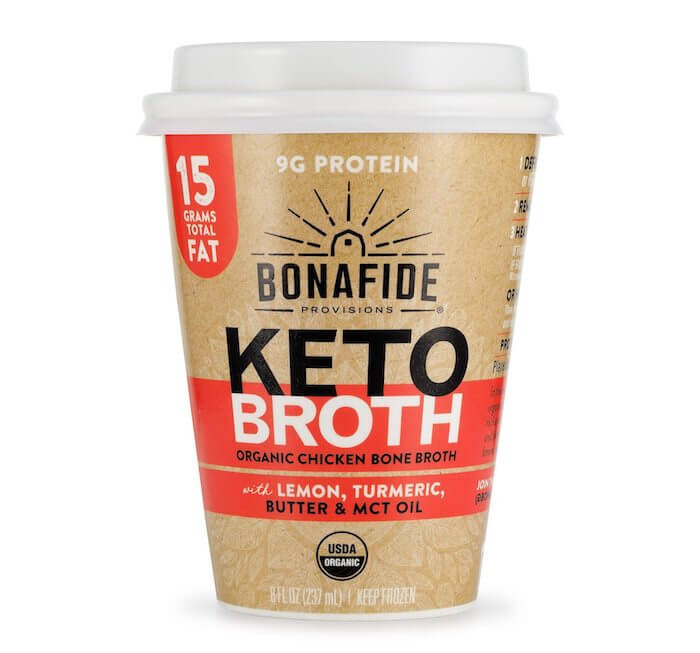 I wasn't sure I'd taste much of a difference between this flavor and the Lemon, Turmeric & Butter, but I was quite wrong on that front. While this one still had a great chicken broth flavor, with the addition of garlic and bold turmeric, the coconut seemed to imbue it was a smoother flavor and texture. This is also the one Keto Cup that's dairy-free. 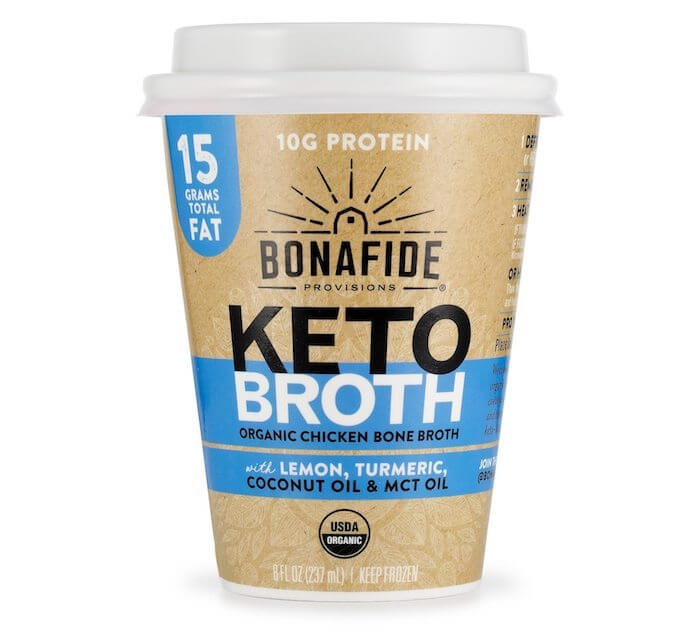 Bonafide Provisions' Keto Broth Cups taste really good and pack a healthy punch, boasting great benefits in the form of a warm and satiating treat. On a couple of occasions when I had a slightly upset stomach, or had simply had too much for lunch and was looking to have something that wouldn't weigh me down, it made for the perfect fast, light meal that could fill me up without making me feel gross.

I have to say that I couldn't see any noticeable differences to the health of my hair, skin or nails after having six cups of the stuff, but according to a nutritionist I interviewed, the best way to get health-supporting collagen is through foods, rather than supplements. If you can get stuff like gelatin, collagen and amino acids from what you eat, rather than a pill, you're more likely to absorb those nutrients. And while I'd say that $6.50 is quite a lot for an 8 oz. cup of broth, that kind of taste and convenience are definitely worth it to some people, and if these cups piqued your interest, they're probably worth trying at least once.