In Boyfriend Dungeon, Your Weapons Are Datable Cuties—and We're Obsessed

I've been eagerly awaiting the release of Boyfriend Dungeon ever since I first got my hands on it in E3 back in 2019, and it's been one of my go-to games ever since it was released last month.

The concept is simple but truly unique. It's a dungeon crawler, except all of the weapons you use are also people (or a cat!) who you can romance or befriend in the dating sim portion of the game. I was provided with a review key to play the game on the Nintendo Switch, and after finishing it, I can say that the concept that's intrigued me for years has been completely worth the wait.

In Boyfriend Dungeon, players take on the role of a new arrival in the seaside town of Verona, which happens to be experiencing some monster infestations lately. You create the character yourself (picking their appearance, name and pronouns) and are soon told that you're a "wielder"—or a person with talents in handling weapon people—and that you've taken on the task of tackling the local monsters to make some cash during your stay.

You've also never gone on a date in your life, and your cousin Jesse is intent on changing that by showing you around town and introducing you to potential love interests. During your summer in the city, you'll be given the chance to find yourself—and maybe meet the love of your life in the process.

Your first quest as a new wielder sends you to Verona Mall to learn the ropes about dungeon (or "dunj") crawling. Immediately, you're introduced to a well-spoken estoc sword named Isaac, who explains that the monsters in the dunj are manifestations of your deepest fears. Only through exploring and mastering them do you come to understand what those fears mean, and learn to overcome them. 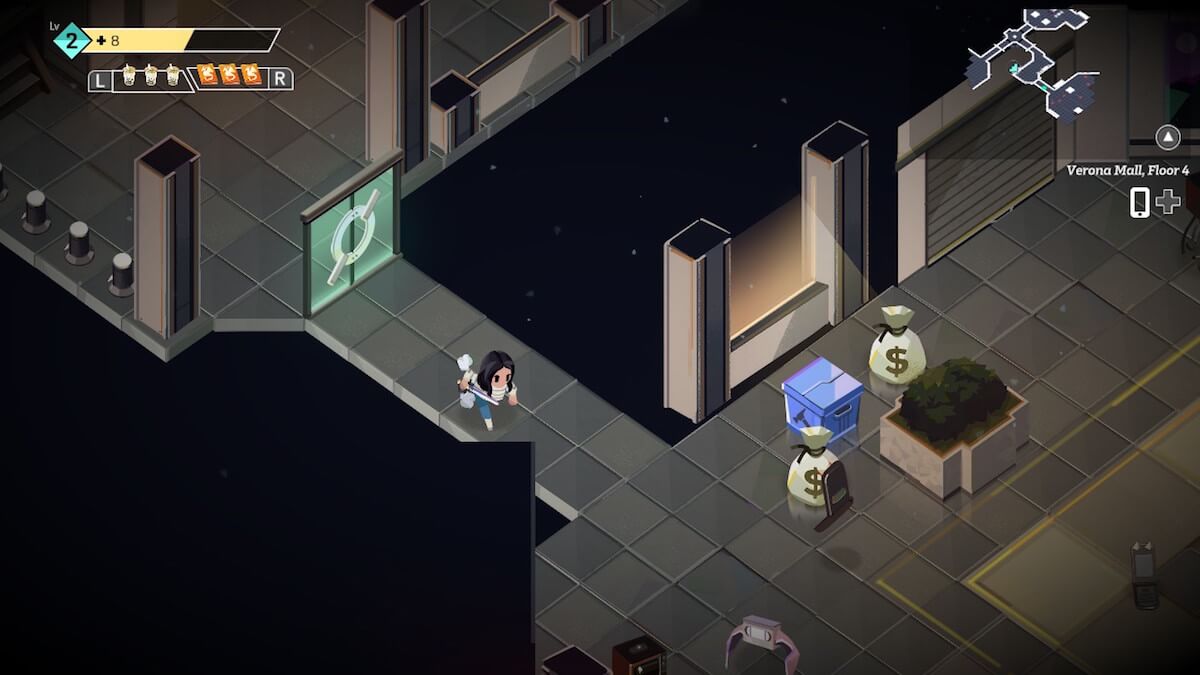 Quickly, you defeat a few cell phone-shaped monsters with Isaac and meet another weapon—a slightly broken red and black talwar sword—who immediately transforms into a very handsome long-haired, shirtless man with an eight-pack. The man, Sunder, explains that he has no idea how he got there—or how he was damaged as a sword—setting up a mystery that will drive the story along for the rest of the game. As it progresses, you'll meet most of your weapon people friends in a similar confused and incomplete state, but lucky for them, you have the skills to get to the bottom of the case. 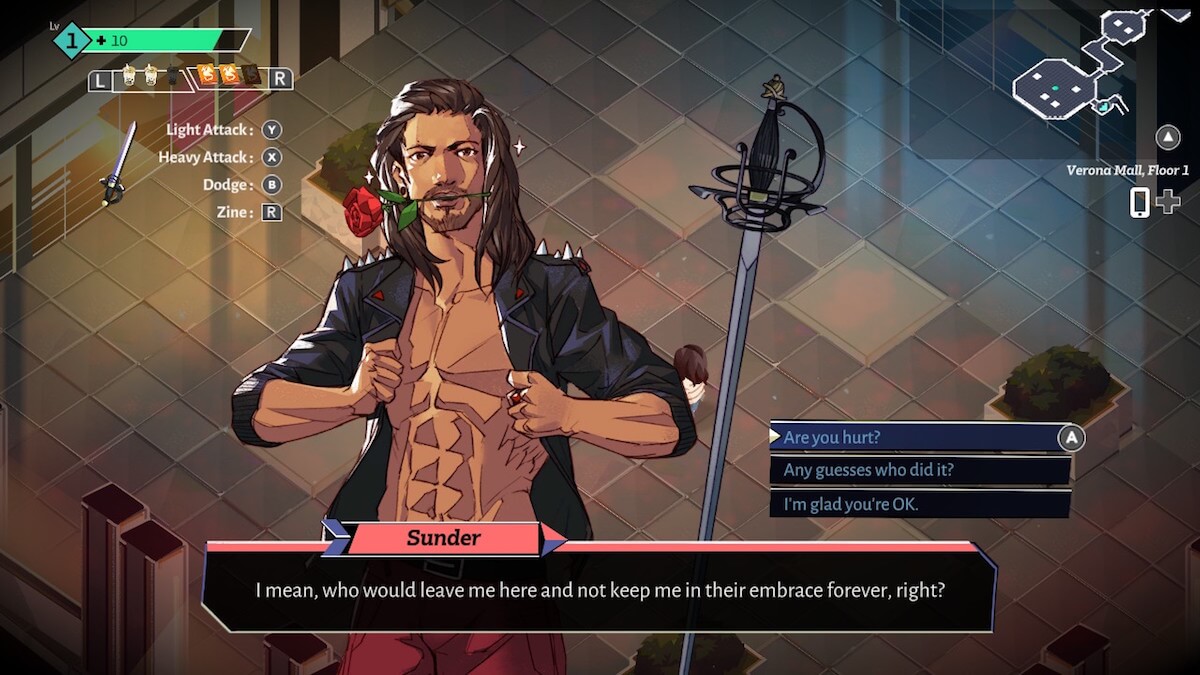 And if you're anything like me, it's not long before you venture deeper and deeper into the dungeon and find yourself overwhelmed, running out of health. Luckily for players, that simply means being taken care of by a (free) ambulance service, and finding yourself safe and sound. The first lesson ends, and your sword transforms into another handsome man named Isaac, complete with a sharp suit and a book in hand. He offers to help you sharpen your skills as a wielder, and as a player (who may also be interested in romancing him) how can you resist?

At the start of the game, when my choices were primarily between Isaac and Sunder, I gravitated toward Isaac. Though he may be a little bit serious, he's a kind, sophisticated and honest man who's dedicated himself to helping those in need. He might not have been as "exciting" as Sunder, who never wears a shirt (and with abs like that, why would you?), but he also wasn't a walking red flag. On my first date with Sunder, a friend of his told me that he was trouble and I should steer well clear. I already had my doubts—and I preferred using Isaac's weapon over Sunder's weapon in the dunj by far, so that worked out. 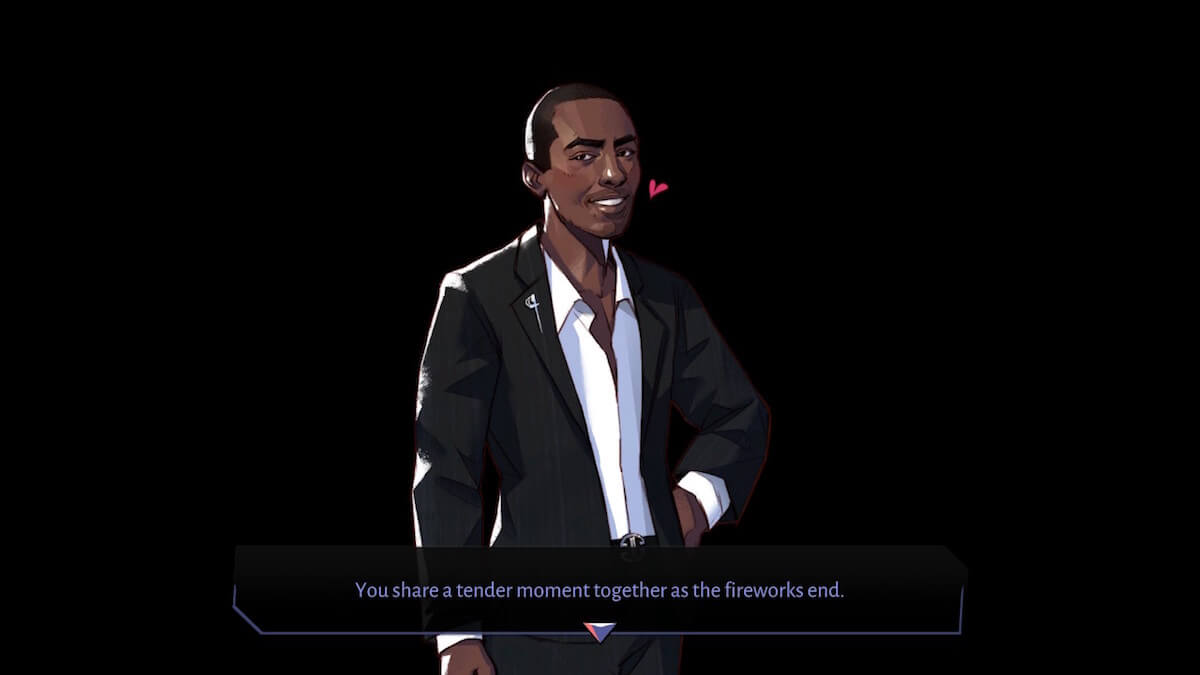 But Boyfriend Dungeon isn't solely a game about romance. It's also a game about cultivating relationships, and you can max out your "Love Rank" with every character in the game through purely platonic friendships (even if the flirty nature of some characters makes that harder than most) if you really feel like it. Also forced romance would probably be weird, given that one of the weapon characters is a cat.

You do this through a number of means. Firstly, you can go on interactive dates with them, where your dialogue choices will heavily influence the way the date goes and how they few the state of your relationship. It's called Boyfriend Dungeon, but that doesn't mean your only choices are boys. The game does a great job with inclusivity, with options to date men, women and nonbinary folks—or to just keep things friendly, if that's more your style.

But that's not the only place in the game where you'll grow closer to the characters. Dunj crawling may be the fastest and most effective way to level up with your suitors (and pals) of choice, with experience gained by defeating enemies and making it deeper and deeper into dungeons. Getting to the next level not only means you unlock new weapon abilities (some of which have multiple options to customize their style to your likes and dislikes) but also that you can progress their story outside of the dunj. That also means it's often wise not to "waste" experience, so if you've reached someone's next level, you may want to swap between weapons for the next floor to raise their level, too. 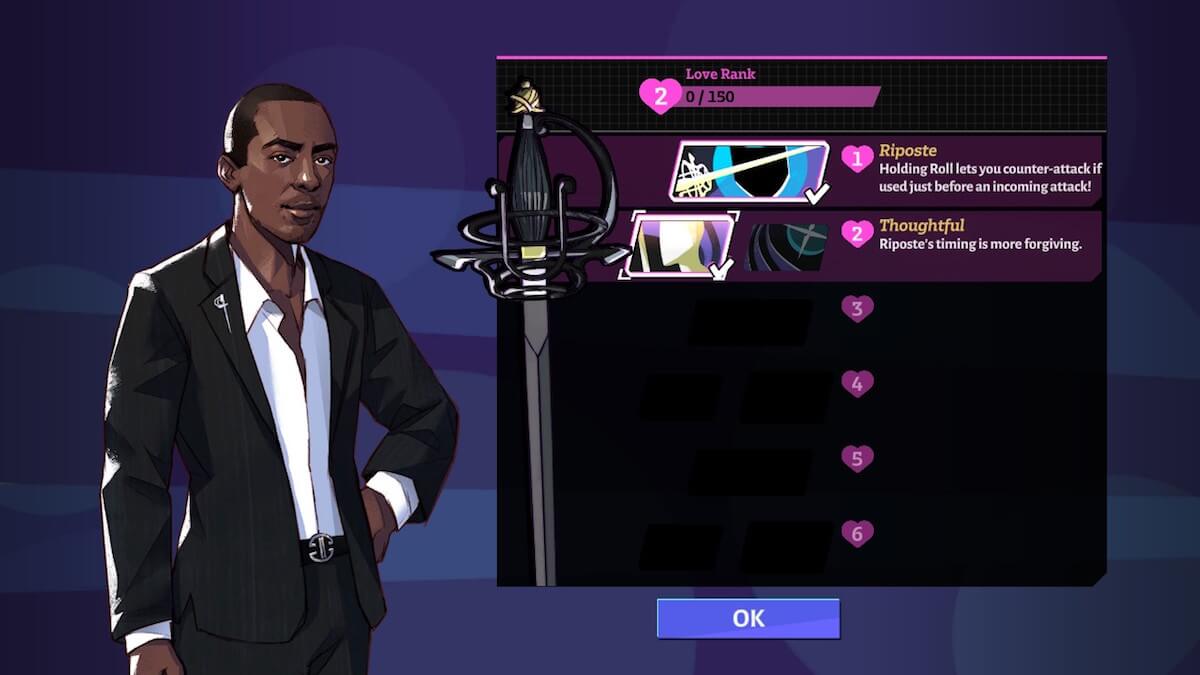 During these dungeon crawls, you'll also stumble upon mini-date spots—think arcades, bars and ice skating rinks—where you can share a moment with your weapon/significant other, and maybe even give them a gift that will reveal unique dialogue. Crafting recipes, as well as resources, can be found within the dungeons. Back in your apartment, you can use them to make romantic presents, make new clothes or create zines that serve as special attacks in the dunj.

Once you meet Isaac and Sunder, Jesse sets you up on a blind date with an acquaintance named Eric who (thankfully) isn't one of the dateable characters in the game. While Eric may seem alright at first, his true nature soon comes out to reveal he's a controlling, entitled character who refuses to understand boundaries and will simply not leave you alone. He's gross—and the game knows it.

Very soon I decided to blissfully ignore his attempts to talk to me, and I met the other characters, who were actually worth my time. Valeria, for example, is a rebellious and free-spirited artist who transforms into a dagger. As a weapon, her moves are fast and frantic, and as a person, she's just as bold and mysterious, and she'll push you as a player to be authentic with yourself. 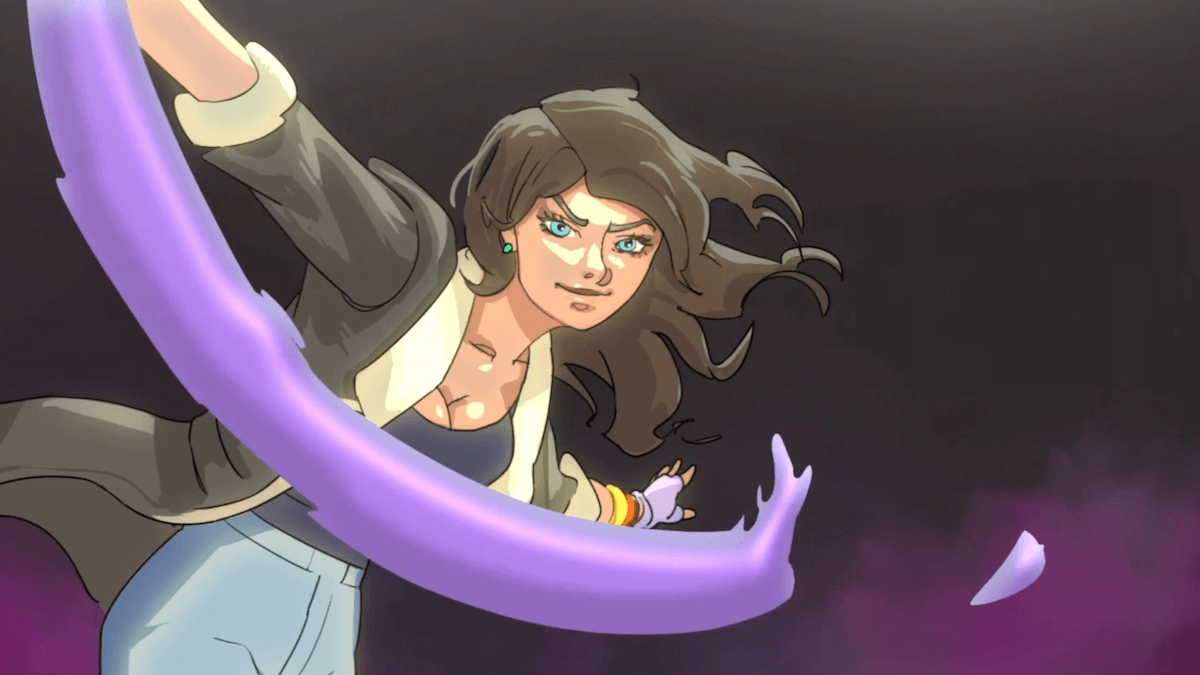 You'll also meet Sawyer, a college student (and glaive) who's only just starting to get their life together—even if their immobilizing attack is very handy in battle. If you befriend them, you'll find yourself giving them cooking lessons, standing up for them against their tough professor and more. They're young, and a bit naive, but sweet, and I definitely saw myself as their big sister, rather than a potential love interest. 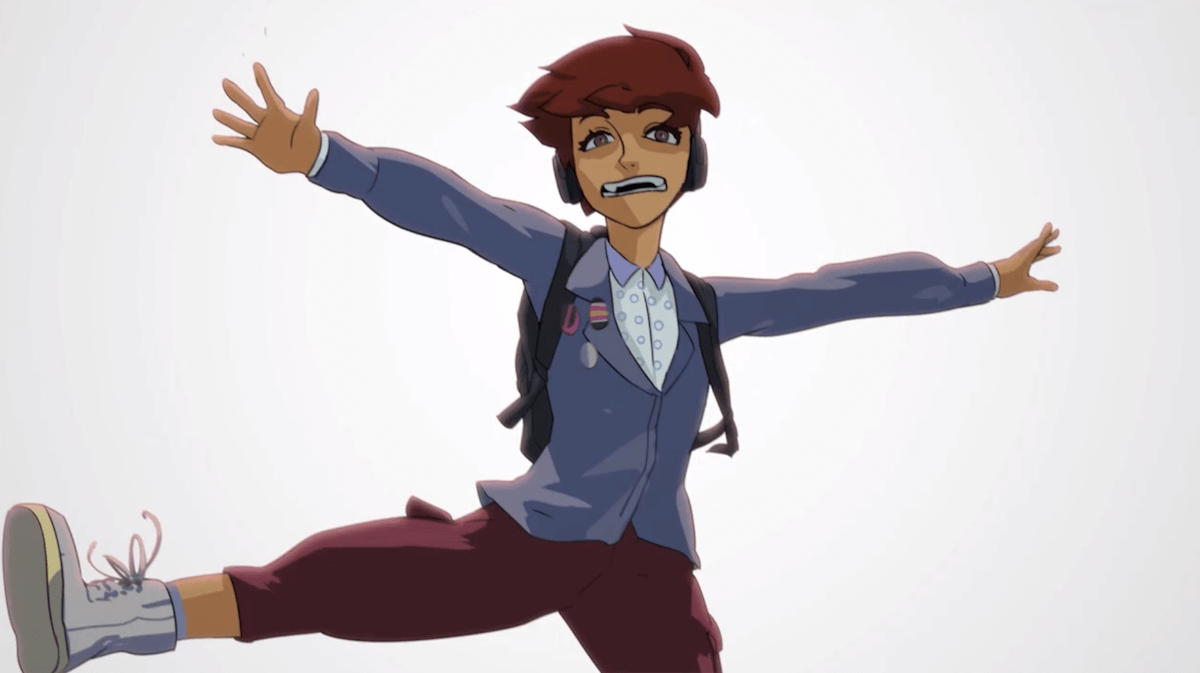 Then there's Seven, a K-pop idol in a band called Blade Generation who also happens to be a lasersaber. He's a complicated guy who reminds you that being famous isn't all fun and glamour. He's trying to make peace between being an international superstar and taking care of his own image and mental health, and being part of that journey can be truly moving—and his Chain Lightning move really packs a punch. 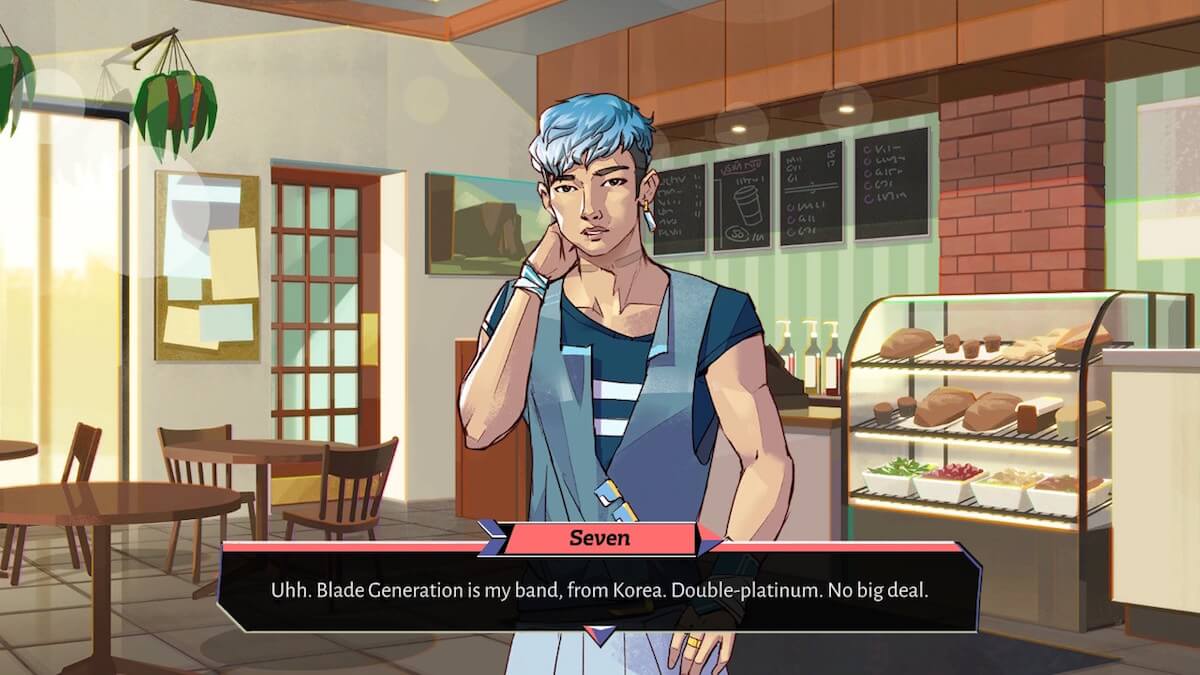 The last of the human weapons is Rowan, a powerful mystic who (with help from their white raven, Crowley) transforms into a powerful scythe. At first, they blame you for the recent, tragic events that have transpired around town, but with the right support, they'll warm to you and join you in vanquishing the evil left in Verona. 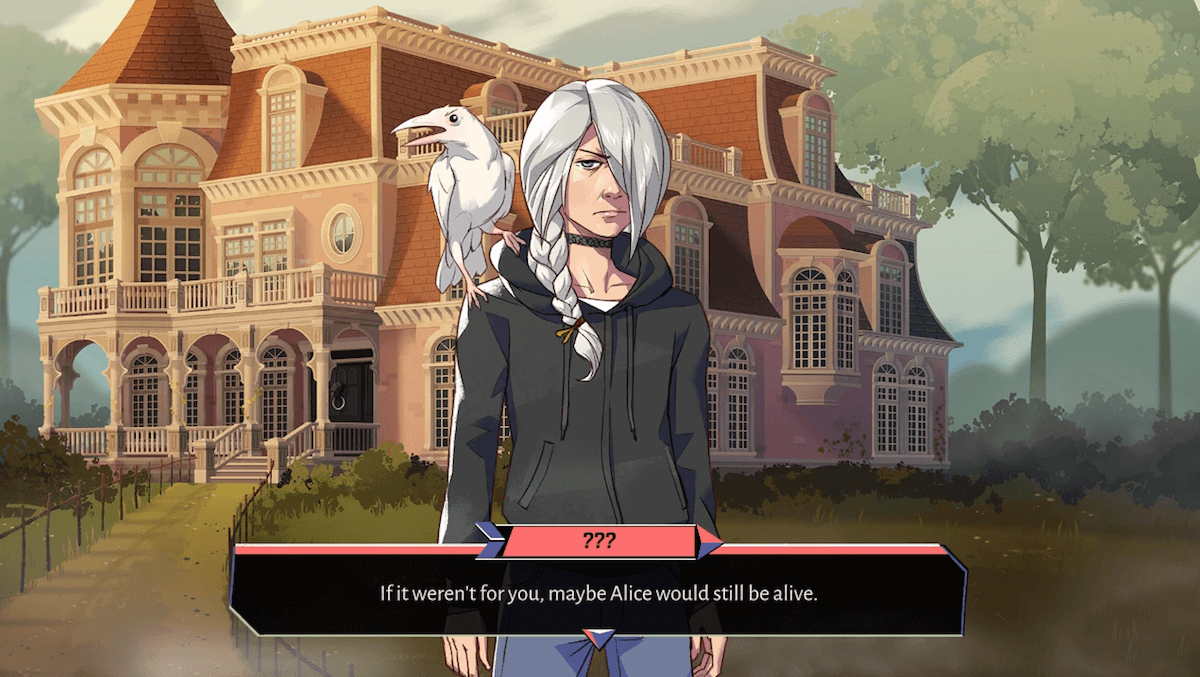 And then there's a cat named Pocket. Now, a cat may seem like an odd choice of character to put in a dating sim, but Pocket's brass knuckles strike quickly and powerfully, and he might be the most satisfying weapon to use in the game. Plus, he's a great big cutie. 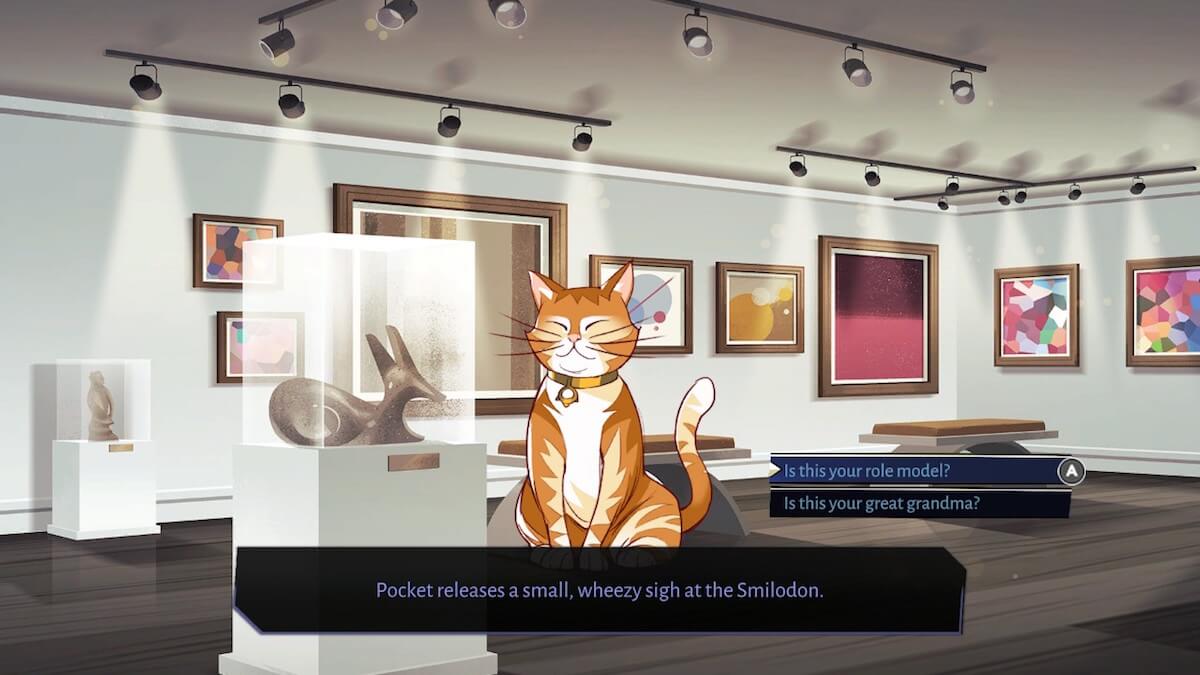 Now, but all of these options, you might start to feel overwhelmed. Worried about doing the wrong thing with one person and upsetting someone else? Don't be!

If you start the game courting one character you're on the fence about, only to fall head over heels for a character you meet halfway through the game, there are no consequences for pursuing that person instead. In fact, you can date all of the character options, if you like. No judgment! I'd personally maxed out my Love Rank with Isaac before I met Rowan and decided they seemed much more interesting. The game didn't penalize me for basically ditching Isaac to hang out with someone new. Plus, this gives you an opportunity to explore different options, whether it's as a friend or romantic partner. Even when I finally leveled Sunder up as a last resort, I was surprised and delighted by what his interesting story revealed.

The more characters you're willing to hang out with and level up in Boyfriend Dungeon, the more of its rich story will be revealed to you, culminating in one final epic event marking the end of summer. But you do have to be willing to put yourself out there—maybe in ways that will make you uncomfortable. Famously, the game has a content warning at the start reading: "This game's story involves exposure to unwanted advances, stalking, and other forms of emotional manipulation. Play with care and take breaks as needed."

I basically got stuck at one point in the game, having maxed out the Love Rank of every single character, because I essentially ghosted Eric because he was stalking me and otherwise being a creep. I refused to respond to, or even read, his texts for the longest time, but only when I felt like I'd exhausted every other option did I finally decide to check out those messages and get back to him (even if every message was just me emphatically telling him to go away) and visit the weapons shop he owns. Only then did the story progress, allowing me to finally get to the end game. The ick factor with him is very intentional and critical to the story, but I did find it a little weird that I was forced to engage in this way to continue on in the game, and I bet that others might do the same and never see what the rest of the story has to offer.

Even so, I enjoyed pretty much every moment of my time with the game. Somehow, the creators of Boyfriend Dungeon managed to strike a great balance between the dating simulation and the dungeon crawling so that they were both equally fun to engage with, and I always wanted to go back for more. The voice acting is also stellar, bringing these characters to life and adding to their appeal.

It's a shame that there are only two dungeons in the game, because it was always a pleasure to keep going deeper and see what fears were being overcome within them, and I'd love to discover more. I hope that an additional level is released with the upcoming DLC, alongside the two promised dateable characters (including another woman and a dreamy surfer dude Owen, who appears briefly in the game). Even after being a completionist with the current content, I'm still hungry for more.

Boyfriend Dungeon is out now for Nintendo Switch, Steam, Xbox Series X and Series S and Xbox One for $19.99.