Imma let you finish, but BTS had one of the best videos of all time.

Taylor Swift just lost a record she set last year, Billboard reports. After BTS's "Idol" music video dropped last week, it racked up more YouTube views in its first 24 hours than any other music video… ever. And it wasn't even that close. 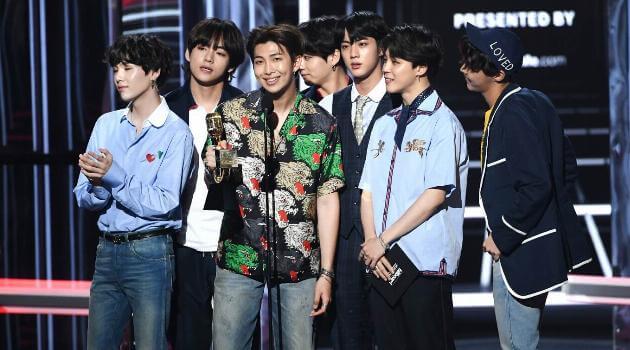 A YouTube spokesperson confirmed the news to Billboard and revealed that BTS topped Taylor by about 2 million views. "Idol" garnered north of 45 million views in the 24-hour period following its release, while Taylor's "Look What You Made Me Do" video managed to get 43.2 million. The new record was set just days before the one-year anniversary of the release of Taylor's music video.

Both numbers are impressive, of course. In fact, they're well above all the other records on the list. The No. 3 slot is currently held by the K-pop girl group BLACKPINK, which scored 36.2 million views in 24 hours with the June 15, 2018 release of "Ddu-du-Ddu-du."

BTS should definitely be proud—and so should the BTS Army. You did it, kids!

BTS has some seriously devoted fans. Click HERE to see if your obsession is maybe just a tad unhealthy.