Camila Mendes Confirmed a Couple Name for Her and Charles Melton, and It's Adorable

Charles posted a lovey-dovey Instagram photo of the two of them on Monday, Oct. 15—captioned with a heart emoji, no less. Then, Camila added a cherry on top by commenting on the post.

Thanks to her, their stans can start using their couple name knowing she approves of it, even if the two haven't officially confirmed they're together.

It was their fellow Riverdale star, Vanessa Morgan, who prompted Camila to weigh in with their relationship name. Vanessa had commented with her own version of their name mash-up: "CARMILLA."

It wasn't Camila's preferred name, though, and she couldn't resist correcting Vanessa. She did so with a comment of her own. 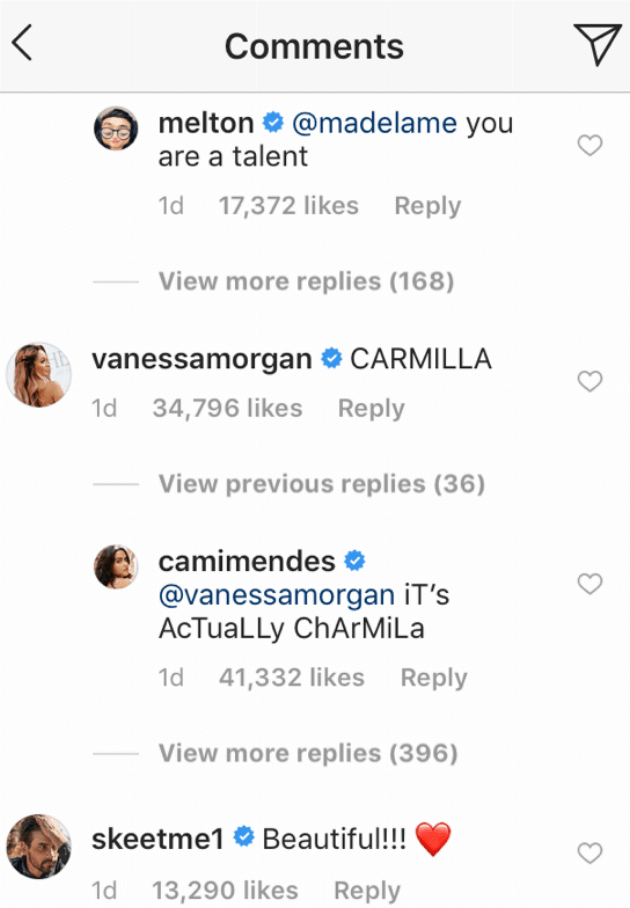 There you have it: Charmila. Fans have used it before, but this feels like an endorsement from Camila herself.

We like it. There's something nice about the fact that it has the word "charm" in it. "Camiles" could have worked, but "Charmila" just has a better ring.

Now that they have an official couple name, maybe they'll confirm the relationship rumors next.

Camila Mendes has another love in her life. Click HERE to read about her family's puppy, Zix.