The Riverdale cast has had more than its share of adorable friendship moments, starting from the very beginning.

Camila Mendes and Cole Sprouse, who play Veronica Lodge and Jughead Jones on the series, had a particularly funny early bonding experience. The actress recently recounted the story of her Riverdale audition to Nylon magazine, and she talked about meeting Cole and their then-future co-star Lili Reinhart, who ultimately landed the role as Betty Cooper.

Although Camila recalled making small talk with both, it sounds like her initial bond with Cole was stronger thanks to a shared—and very relatable—problem. 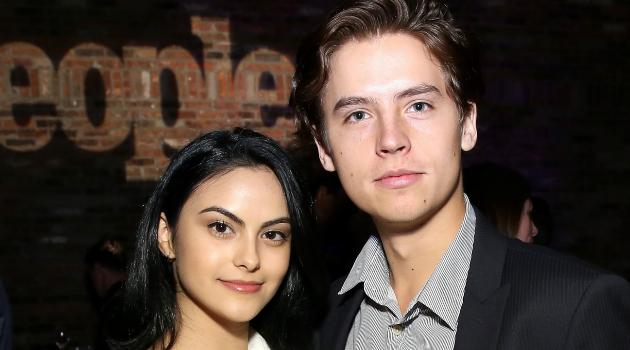 "I remember talking with Cole. We bonded over the fact that we both sweat a lot before auditions," she told Nylon. "I was literally in the room with paper towels… I would keep them under my arms and right before they called my name I would just put them away."

Yep, nerves get the best of all of us—even Camila. Her character may usually be poised, but when the pressure is on, the actress can't help but sweat. We love that she was willing to admit that.

Nervous sweating may not be the most glamorous thing, but there's no shame in it. And hey, at least it's a conversation starter.

If you want to know more about the Riverdale cast, click HERE to read about their first onscreen roles.