16-year-old Cassandra Lin is the founder of Project Turn Grease Into Fuel (TGIF), which turns used cooking oils into fuel to heat homes in the winter. She's also one of this year's HALO Award honorees! 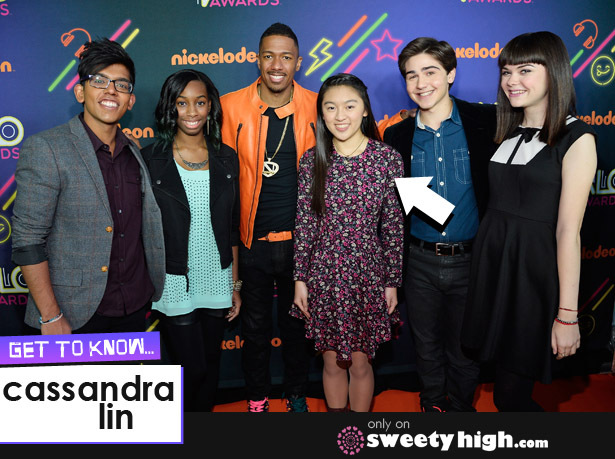 We first spoke to Cassandra in an interview in October 2013, which you can read here. In a follow-up interview, we caught up with Cassandra's latest efforts and dug in a bit with the amazing work she's done with Project TGIF!

The formation of Project TGIF was inspired by events that, at first, seemed unrelated to Cassandra.

"First I saw an article in the newspaper about people who couldn't afford heat," she said. "Then I went to an expo at the University of Rhode Island, where I found out that you could turn grease into fuel."

It wasn't until a while later that the pieces came together and Cassandra realized that this innovative solution could be used to tackle the heating problem.

"My friends and I were thinking thinking over potential solutions to some of the problems that we had researched in the community, and that's when it kind of came together," she said.

In January of 2011, Cassandra and her team started working to get the Used Cooking Oil Recycling Act passed, which set up a safe and environment-friendly cooking oil collection and recycling program in Rhode Island.

"We thought legislation could help us change people's behavior and habits to get more people to recycle," she said.

Their new bill was based on a recently passed bill about recycling batteries. The team took the bill to their district representatives, who helped them makes edits to the act.

About two months after that, they brought the bill to the Rhode Island State House in Providence, where they testified three times to different committees. It finally passed in July of 2011, going into effect on January 1, 2012.

Before the bill was put in place, many restaurant owners were improperly disposing of their waste cooking oil, often throwing it in the trash or even pouring it down the drain.

"Hopefully it's changed some people's recycling habits and they are more responsible about their waste cooking oil now," she said.

Cassandra and her team hope to also expand similar legislation to states including Connecticut and Massachusetts.

We last spoke to Cassandra Lin in October of 2013. Since then, Project TGIF has grown in a big way, expanding into a new places beyond Rhode Island and into southeastern Connecticut, donating much-needed fuel to families who needed it in the especially chilly winter of 2013.

Thanks to her work, Cassandra is one of the 2014 HALO Award honorees who is being recognized this year for her amazing contributions to helping others.

"I'm expecting that there's going to be a lot of interest generated from the HALO Awards and I'm really excited about that," she said. "It's really great to see other people get involved and get excited about the same cause."

Cassandra's team has also sent information and tool kits to people around the country who are trying to start programs like hers.

"Hopefully this can grow into a movement across the U.S., "she said.

With her program already in full swing, Cassandra's day-to-day work for Project TGIF involves project maintenance, such as following up with restaurants and communicating with partners, but it's been tougher as her school years have gotten busier and busier.

"Everyone on the team is a junior in high school, so it's harder to find time to work on the project," she said. "But we're still actively maintaining it and growing from there."

Cassandra said it can be a bit surreal to think about the impact TGIF has had on families in her community and beyond.

"It's kind of hard to wrap your head around the effect you've had on people, because I've never met a lot of them," she said. "Knowing that I've had a direct impact on the way they live their lives and how they've gotten through the winter is really humbling. To know that I'm just a teenager, but I can make a difference like that that in really helping better people's lives and make things easier for them, is crazy."

She hopes her impact can also inspire other young people to keep an eye out for the problems in the world and try to do something about them.

"It's the message that anyone is able to do this," she said. "I started this when I was in fifth grade and I never imagined that it would get to this type of scale."

Tune into Nickelodeon on November 30 to catch Cassandra Lin and the other honorees at the 2014 HALO Awards. Check out more HALO news below and join our community at Sweety High!