Calling all Swifties, foodies and everyone in between.

Did you know that our girl Taylor Swift is an amateur baker in the kitchen and is pretty dang good at it? Her chai sugar cookies look absolutely scrumptious and we had to know what went into them. In the TikTok series Celeb Eats, made in collaboration between PEOPLE Magazine and Sweety High, influencer chef Tway Nguyen (aka, @taedabae) tests out the recipe for herself. Look below for the full recipe and directions for Taylor Swift's chai sugar cookies!

A few years ago, Taylor Swift posted a photo of some delicious cookies she made. Swifties wanted to know all about them, so she took to Tumblr and posted the recipe and commentary there! She got the sugar cookie recipe from Joy the Baker but added some of her own little twists to make it more chai-inspired. She added chai spices and an eggnog icing glaze and the end result was delish.

We found T Swift's old Tumblr post about the cookies, and it's honestly so refreshing and funny. She even makes a pun about herself saying "TAYblespoons." Just read it, you won't regret it! 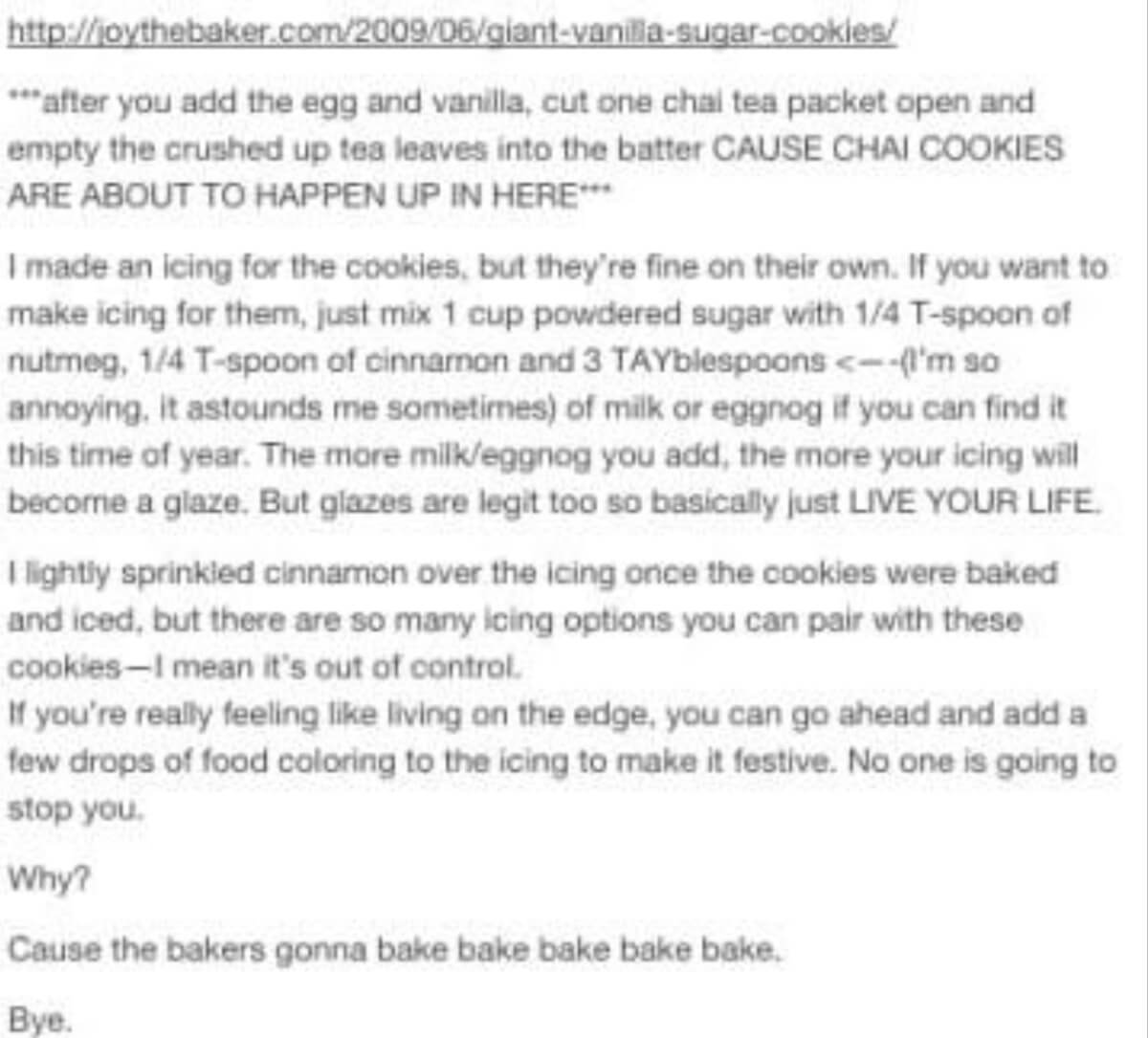 Tway followed Taylor's recipe to a tee on the latest episode of Celeb Eats, and we must say, it looks rather mouth-watering.

In the end, Tway said the cookie tasted just like Christmas and gave it a chef's kiss. If you're a fan of all things Christman and cinnamon, you definitely need to give these cookies a try this holiday season.