If there's one thing we love more than Riverdale's Bughead romance, it's the real-life relationship of Cole Sprouse and Lili Reinhart.

The ultimate are-they/aren't-they couple, Cole and Lili have kept us guessing about their romantic status for months. Even though both stars have been adamant that they don't want their private life talked about publicly, they were caught kissing in Paris earlier this year, basically cementing their status as a couple. 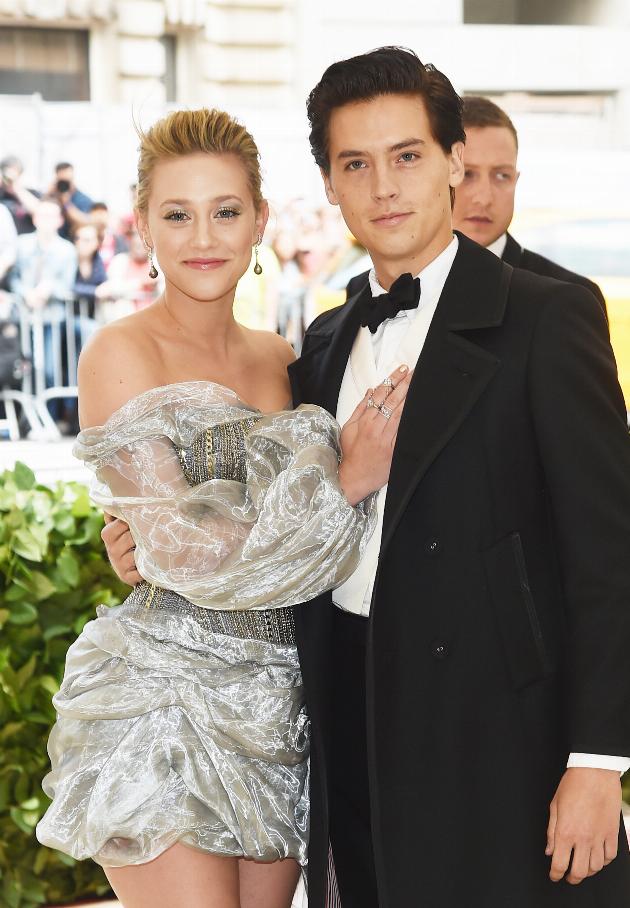 Now, it seems they're ready to take their under-the-radar romance into the public eye. Finally, the two acknowledged their relationship, stepping out in their first public appearance together at the 2018 Met Gala.

Keep scrolling for everything we loved about Lili and Cole's Met Gala debut:

Lili and Cole have never been afraid of unconventional fashion, but their Met Gala styles were especially stunning. Cole wore a unique tuxedo from Thom Browne, while Lili rocked a silver high-low dress from the H&M Conscious Collection with matching eye makeup that gave her a simplistic, but playful look. They stood out without stepping too far out of the box, and the looks totally complemented each other.

After waiting so long for this couple to show some public (and purposeful) signals that they actually like each other, we're all heart-eyes over their unassuming PDA. They posed for pictures with their arms around each other, and at one point Lili even put her hand on Cole's chest in a very couple-y placement. It was just enough to show that they're definitely comfortable and close with one another without making us feel like we were intruding on an intimate moment.

Despite the fact that the pair wanted to keep their relationship private, they just look so happy together. Caught on camera staring into each other's eyes with happy smiles on their faces, we have to believe that the couple must feel a little bit of freedom being able to address their romance in the public eye.

Fans have waited a long time to find out the status of this couple, so it's understandable that everyone's pretty excited. The reaction is overwhelmingly supportive and we can't help but feel the warm and fuzzies over the outpouring of love for this duo.

what gives you energy late at night?

riverdale stans: COLE AND LILI AT THE MET GALA. MOST BEAUTIFUL HUMANS WHAT IS LIFE ANYMORE. ITS WHAT THEY DESERVE.

cole and lili went together to met gala pic.twitter.com/24pVCZEL8r

Hello. Cole Sprouse and Lili Reinhart showing up to the #MetGala together has me feeling a lot of things.

Nothing matters more to me right now than the adorable pictures of Cole and Lili on the Met Gala red carpet ???????? #Bughead

If you're obsessed with all things Jughead and Betty, click HERE for six times Bughead was relationship goals.