Just when we thought it wasn't possible for Compartés to outdo itself (I mean, hello, Avocado Chocolate and Potato Crisp Chocolate, to name a couple), the luxury dessert line launched its signature Frozen Hot Chocolate. 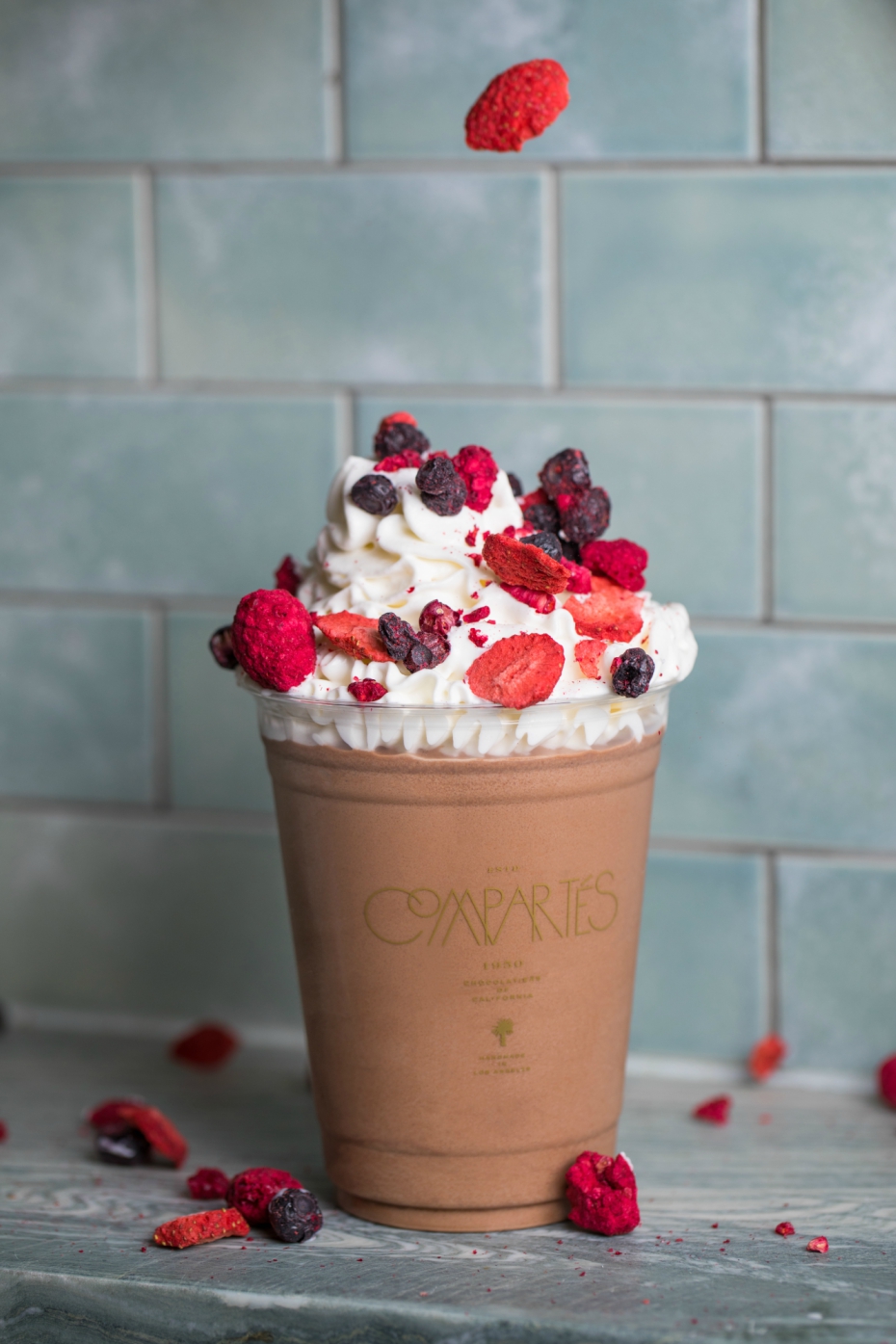 When we learned about this new development, we obviously jumped at the chance to try it. We not only indulged in a frozen flurry topped with 24 karat gold flecks but also received a personalized store tour from the company's creator Jonathan Grahm. Let's just say the Kelly Wearstler-designed space is everything you'd imagine from such a decadent line of chocolates. Oh, and it doesn't hurt that it's stationed right inside the newly redesigned Westfield Century City mall, which is considered one of the chicest shopping locations in all of Los Angeles. 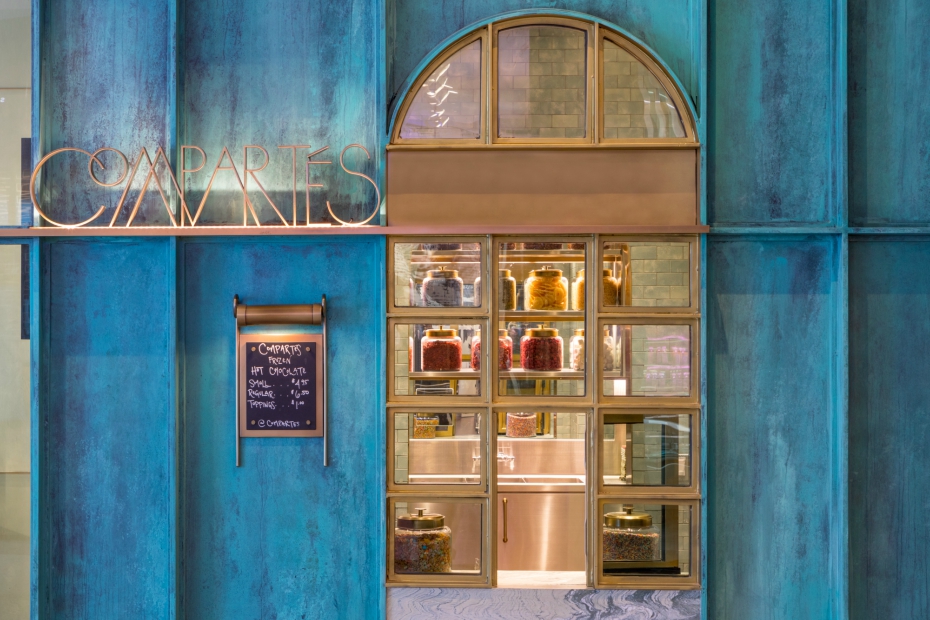 Such a blast w my #SHsquad today getting the royal treatment from the creator of @compartes! Lovesssss! 🍫Which flav is yo' fav?#compartes #chocolate

As much as we love chocolate, we're a bit sensitive when it comes to sugar, so we were initially apprehensive to dive into something we thought might be overly sweet with many additives. To our pleasant surprise, Compartés' Frozen Hot Chocolate is made with only two ingredients: 67% dark chocolate and 33% frozen milk. And when we indulged in a full cup—which came pouring from a custom brass machine—it was certainly rich in flavor. It fulfilled our cocoa craving, but we didn't feel sick after a slew of sips. We could tell the ingredients were natural as promised; it was unlike anything we'd ever tasted before! 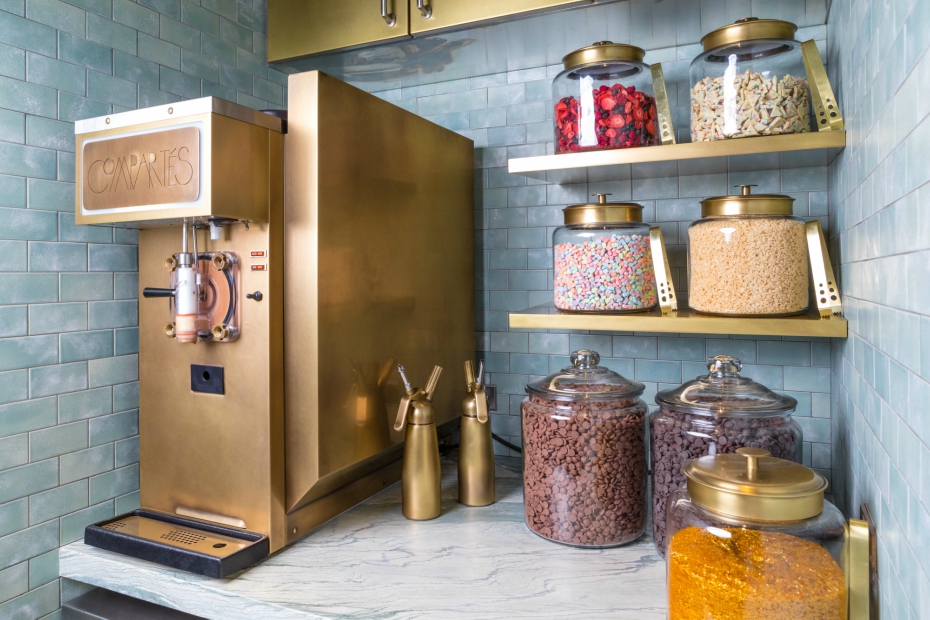 FROZEN HOT CHOCOLATE??? YES IT REALLY DOES EXIST!!! We had the most incredible time at @compartes where we even got to try EDIBLE 24K GOLD!!! Tag a friend who would LOVE to try this!

If the above stills just aren't enough of a visual for you, check out the video below to really go inside our experience at Compartés!

If you're all about Compartés' unique chocolate bar flavors, then you'll love THESE cookies made from Cheetos, bacon and potato chips!