I've changed friend groups many times throughout my life.

My family had a habit of moving to different cities every few years, and I would find myself losing contact with old pals and bonding with new ones all through my middle and high school years.

In general, I had really great luck with friends. Of course we all had our spats here and there, but there was nothing major that really ruined any of my friendships… except one.

Keep scrolling for everything that happened when I found out my friend was a compulsive liar.

Right before my junior year of high school, my family moved to a new city. Although we moved many times before, this transition was very difficult for me. I left behind amazing friends, a semi-serious boyfriend (we were 15, give me a break) and a school that I really loved, to move to a city where I couldn't seem to truly bond with anyone. All the people at my new school knew each other for years and I really struggled to insert myself into their social lives and find a place where I felt I belonged.

Of course, nothing bad lasts forever, and after a few weeks I was slowly starting to assimilate to my new surroundings. I even really bonded with one girl in my class—Emily*. 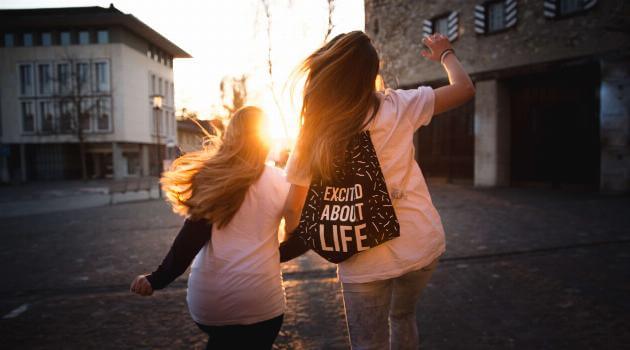 Emily and I got along swimmingly and we quickly became the best of friends. As is normal with most close friendships, we also became increasingly integrated into each other's lives outside of school. Specifically, Emily introduced me to one of her childhood friends, Claire.

Emily and Claire had gone to elementary and middle school together. There was a whole group of them that hung out consistently, but Emily gradually lost touch with the other members. No big drama—just the general growing apart that happens when you don't see someone every day. Claire, on the other hand, experienced a massive falling out with their former friends. However, as I didn't even live in the area at the time, I never thought to ask what had sparked such animosity between close pals.

Though she was more Emily's friend than mine, I liked Claire immediately. She had an awesome sense of humor, she was warm and open and we had many similar interests. She loved to read as much as I did and she would often lend me books that I always fell in love with. The three of us became quite the inseparable trio, and I gradually started to feel comfortable enough hanging out with Claire on my own. Over time, we built an independent friendship that complemented, rather than challenged, mine and Emily's relationship. We were all really close and didn't seem to have any conflict, so it was hard to imagine that anything could come between us.

Emily and I went to school together, so we just naturally knew everything about each other's lives. Oftentimes, however, we would only see Claire on the weekends, and we would all take the opportunity to update each other on our general life experiences. Talks about boys and crushes were common, and Claire always had the juiciest stories to share. 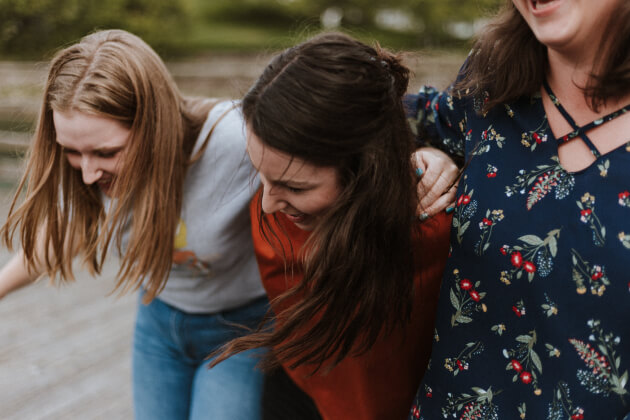 She had a deeply intense relationship with an older guy who graduated from her high school. He moved to California post-graduation, but he was often up in our city visiting family, so Claire would still seem him all the time. She would describe each of their encounters in excruciating detail, carefully going over every second they spent together. And when it wasn't that guy, there were always others. Claire seemed to have a horde of men vying for her attention, and Emily and I were always enraptured by her experiences and excited to hear about her latest life drama.

Gradually, however, things started not to add up. One minute Claire would be all about some guy, only to forget his name or that she even told us about him the next time we asked. In addition, her romantic stories started to sound a little too rom-com-esque. In fact, she described one situation with a guy she'd been seeing that perfectly aligned with a scene in a TV show we had all watched a few weeks before. When we brought it up, she brushed off our suspicions by saying that they had also watched that episode together and he mimicked the moment to be funny and romantic.

Claire also started bonding with new pals, but only had vague explanations as to how she met them, and always dodged the question when we asked if she wanted to invite them to our get-togethers. Although she would post pictures of her friends on social media, she would always take an "artsy" approach that didn't show her pal's faces and definitely didn't include her in the picture.

Emily was the first to start truly questioning Claire's behavior. She was on-and-off dating a boy from Claire's school, and when she brought up Claire's constant romantic problems, he seemed confused and slightly incredulous. When Emily pushed him about it, he admitted that he had never seen Claire with any boy and questioned how she would be meeting all these guys if they didn't attend the same high school. It was a solid point, and it led me and Emily to dig a little further into Claire's behavior. 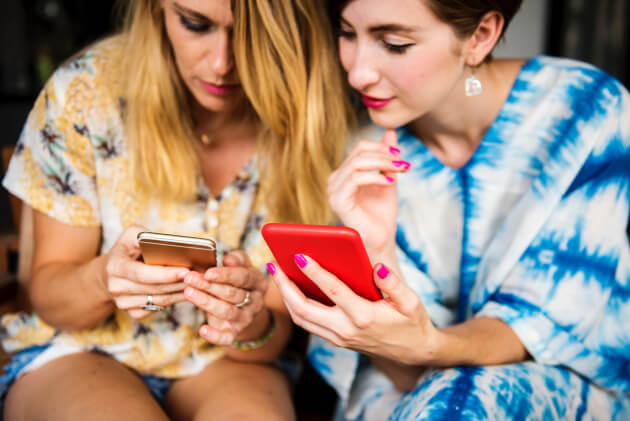 I have to be honest, I don't remember the exact moment that we realized Claire's entire life outside her time with us was a lie, but we did. But just to be sure, Emily called up one of the old pals from their middle school group. With both of us on the phone hoping things would turn out to be different, the middle school friend confirmed all our fears.

She told us that she and Claire had a falling out because she found out definitively that Claire was lying about very crucial elements of her life. She even repeated some of the exact stories back to us word for word. Faked injuries, made-up stress in her family and elusive friends and boyfriends that Claire never introduced to anyone all made the list in much of the same pattern that it had happened with us. We already proved many of these stories wrong by digging into other sources, and this was all the proof we needed to realize that one of our best friends was lying to us about everything.

At this point, Emily and I weren't sure what to do. We were undeniably angry, but we were also incredibly hurt. After all, we shared real, vulnerable information with Claire, and she had re-payed our honesty and openness with constant lies. Our trust had been massively violated and we weren't sure how to move forward with someone who caused us so much stress and pain.

Personally, I was done. Looking back on it I wish I could have had more empathy for her situation, but after dealing with a cheating and lying boyfriend in the prior months leading up to our discovery, I had no more room in my life for trust issues. I liked Claire, but I didn't need friends I couldn't rely on. I cut ties immediately, returning everything she lent me and refusing to respond to her text messages.

Emily was significantly more patient. With my help, she crafted a text message to Claire explaining that we knew she'd been lying and basically asking her to explain herself. Claire admitted everything and told Emily she wasn't sure why she did it. Her real life felt boring and unfulfilling, so she liked making up stories that gave her a tiny taste of a life more exciting than her own. Emily told her that she had to stop if there was any hope of salvaging their friendship, but Claire said honestly that she didn't think she could. And that was the end of their relationship, as well. 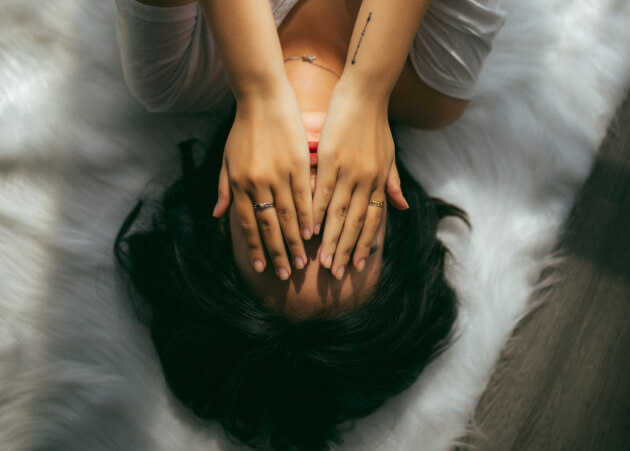 To this day, I'm still completely in awe of the situation. Claire unquestionably had things going on under the surface that led to her behavior, but some of her lies were just plain mean-spirited. She painted important people in her life in a very bad light with absolutely no basis of truth to back it up, she accused people of really terrible things, and she even made up some potentially traumatic situations that never actually happened… and for what? I genuinely don't know what she hoped to gain from her lies, but messing with other people's lives to improve your own is never okay. I feel for Claire in the sense that I hope she eventually got help with her issues, but I still harbor anger and bitterness at the way she used people for her own gain.

I wish I could say there's a happy ending to this story, but there really wasn't. On a personal level, her deceit made me even more wary and nervous about trusting people than I'd been in the past. It was another layer of bricks in a massive wall that I built to protect myself, and it took a long time to come to terms with the dissolution of that friendship.

I guess the one lesson to be learned is things just happen sometimes. I never would've guessed or even begun to imagine that someone could lie so expertly and so easily, so I genuinely don't think there was anything Emily or I could've done to spot the problem sooner. We chose to trust our friend, and things didn't pan out, but we both got over it. Sometimes you have to deal with difficult and upsetting people, but you'll always come out of it stronger, smarter (and maybe just a little more resentful) than you were before.

Looking for some friendship advice that isn't quite so dramatic? Click HERE for how to confront a friend about their flakiness.