If you're obsessed with 25-year-old YouTube sensation and professional scooter rider Corey Funk, we totally get it.

As one half of the Funk Bros. on YouTube, he's made a name for himself through vlogs, challenges and incredible scooter videos that showcase his talent as well as his unique sense of humor and unbridled creativity. He's also one of the stars set to appear in "That's My Ride," a new People Magazine TikTok series in which our favorite influencers share their cars and what they mean to them. We can't wait—and here's everything we learned about Corey as our latest Man Crush Monday. 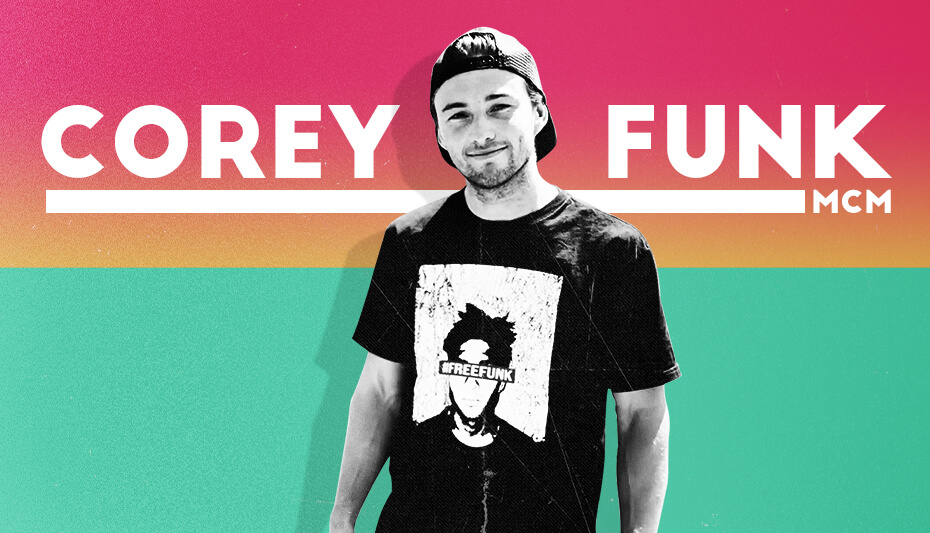 1. Corey's friends' dry comedy makes him laugh more than anything else.

2. He's the youngest child in the family and has one older brother.

"I think I would not be the person I am today without my brother."

3. The last show he binge-watched was Initial D.

"It's an anime about drifting and car control."

4. He says his Gemini zodiac sign isn't always the most accurate.

"It's a hit or miss with that, but sometimes I'm surprised."

6. He has a golden retriever named Suki.

"She is 1 year old and she has buttons to go outside and ask to eat."

7. When people come to him for help, it's usually for social media advice.

8. The last song he had stuck in his head was "Heat Waves" by Glass Animals.

"Makes me think about my girlfriend. She's an absolute gem and I love her so much!

9. He appears in the upcoming People Magazine TikTok series "That's My Ride."

"I had an absolute blast filming. I wish we had a full track so I can show you the potential of my car in my driving skills. The one thing I absolutely love about my car is that it fits every need that I like. I love that it is manual and is a very reliable car with great gas mileage for a supercar. I love how it has a hidden compartment and how the cockpit is driver-oriented like a fighter pilot."

10. Corey's always been about self-improvement.

Want to find out who was our Man Crush Monday last week? Click HERE to find out everything you wanted to know about singer-songwriter Mark Ambor.