As we all try to wait as patiently as possible for Descendants 2 to arrive this summer, we thought we would give you a little something worth reading beforehand.

Dylan Playfair is set to play the son of Gaston and we are beyond stoked about it.

Now is the time to get to know this super cool guy before he graces us with his presence on Disney Channel, so read on below to find out all about him! 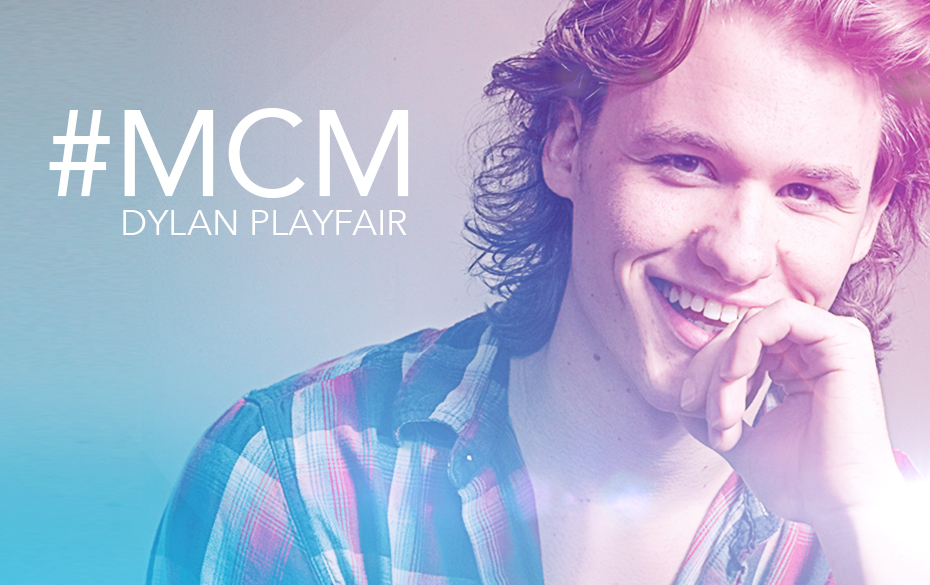 1. He's the oldest of three brothers and is huge on spending time with them.

The boys of summer… Love these fellas #family

2. He claims country music as his guilty pleasure. "I love all forms of music, but there is something so authentic about country, it reminds me of home," Dylan tells Sweety High.

3. His number one sport will always be hockey. "I played junior hockey in Canada before becoming an actor and still play with friends when I can."

4. Country music may have even inspired him in more ways than one; He plays the harmonica now!

5. He's a summer baby and luckily, most of his hobbies coincide with the season perfectly. Working out, going to the beach with friends, wake boarding and deep sea diving are just a few of his favorite things to do.

Night diving with this legend in Koh Pho Pho Thailand. We saw glow in the dark plankton, hunting barracuda, sea horses, glow shrimp and feeding corals… These are some of the most at risk locations to global warming and human impact on the oceans has reduced large game fish numbers to troubling lows. Together we must choose to practice sustainable fishing and make conscious decisions to keep our oceans clean and healthy for generations to come. I want my kids to be able to see the beauty our oceans have to offer, I know you do to. #conservation #ocean #sustainability #GreatFriends

6. If you thought he was just an actor, think again. "I love all sides of film, including acting, producing, writing and directing," he said. "I produced a political documentary in 2015."

7. He also loves taking his outdoor activities international. "I have been to Thailand, Cambodia, Vietnam, Korea, France, England, the Netherlands, most of the U.S. and all of Canada," he shared. We are totally jealous, Thailand couldn't be more beautiful!

Home for the next couple of days… #Thailand #views

8. Even though he has traveled all around the world, there's no place like home. "I love spending summers at my family cottage in Fort St. James," he admitted.