Meet the Woman Behind HeroMods, the Company That Can Turn You Into a 3D-Printed Superhero

HeroMods is an Australian company that can create a 3D-printed superhero figure that looks just like you based on just a couple of images of your face.

Of course, an awesome idea like this doesn't spring out of nowhere. Diane Vu is the cofounder of HeroMods, and she'll be the first to tell you that developing HeroMods takes a lot more than turning on a 3D printer and letting it do its thing.

We got the chance to speak with Diane about her experiences in the 3D printing world and why it's such a cool industry, plus we got the inside scoop on how HeroMods actually get made. 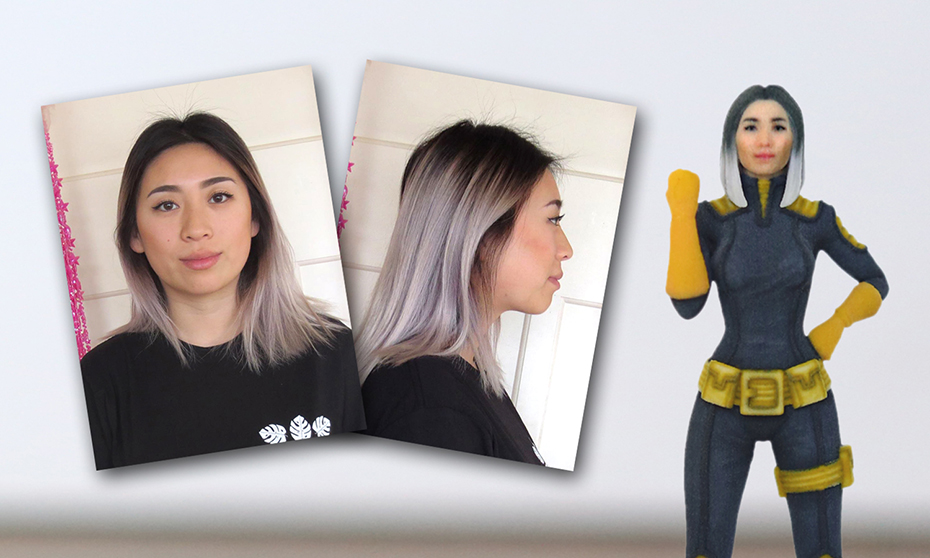 Sweety High: What were you doing professionally before you decided to develop HeroMods as a 3D printing company?

Diane Vu: At the time, I was working in video production producing, shooting and editing videos for corporate clients. I was also converting printed books into interactive ePublications for tablet devices. While this was making money, I was finding the job incredibly monotonous and I wanted work to be something to look forward to.

I found myself taking lots of breaks, and in those times I was reading articles about 3D printing because it was so interesting to me. I realized that if I could commodify this inquisitiveness, it would no longer be considered time-wasting or procrastination. Having the desire to learn and work out of personal curiosity propelled me to keep developing and improving the business.

SH: What made you decide to move into 3D printing? Was it tough to make that decision, and how has that paid off?

DV: I struck an interest in 3D printing because there were many articles about how disruptive it could be to the manufacturing industry, as well as the exciting prospects of completely customized products. I was often buying customizable gifts for friends, giving them mugs with photos, self-designed smartphone covers and redressing dolls to look like my friends, and I realized that while I had a design background to execute these gifts, many people do not.

The decision itself to move to 3D printing wasn't tough. The attitude my business partner and I took was, "Why not give it a go?"

The difficult part was having no formal background in 3D modeling or additive manufacturing, and discovering the flaws of emerging technologies along with the entire industry. Where other similar companies have since disappeared, we have been stubborn enough to keep solving these problems and that has given us the knowledgeable advantage. 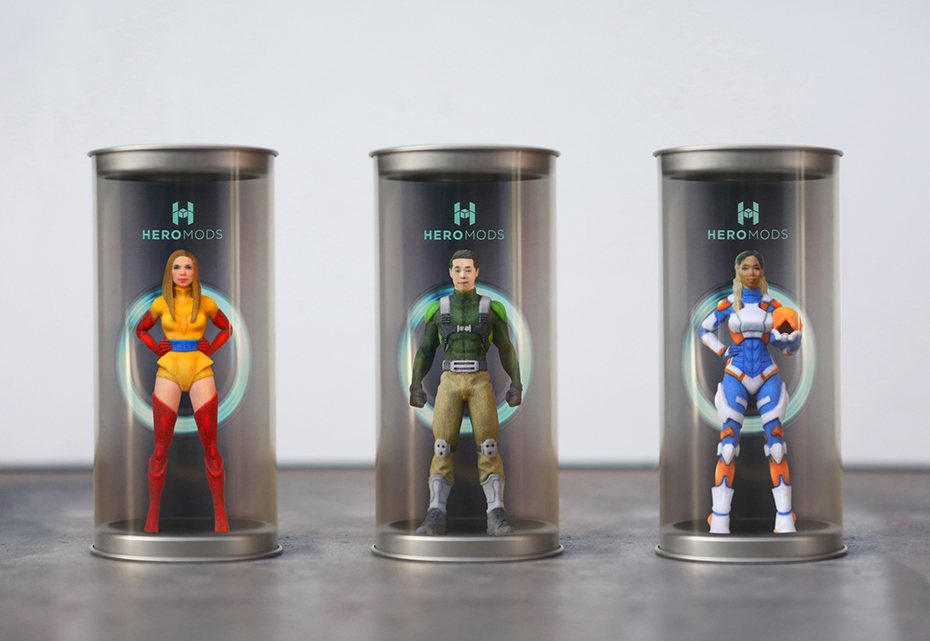 SH: Why is 3D printing so important?

DV: With the world so heavily dependent on mass-produced products, it is important to remember the art of skillfully made bespoke items. I see making HeroMods as a futuristic progression of the quality assured, handmade item.

SH: How do you think that HeroMods can empower people?

DV: Just looking at yourself as a superhero is enough to feel empowered! Not only this, but the world is changing in the way that we are becoming more diverse in our representation of race, beauty, age and gender, and rather than waiting for the media to represent who you are and have it trickle down to trending products, you can make absolutely anyone into a superhero within minutes. 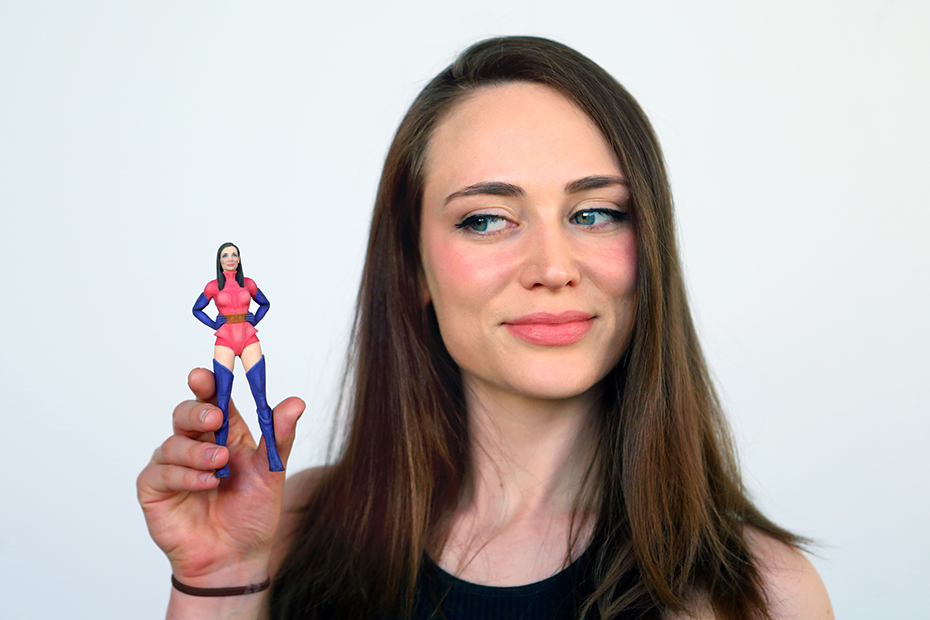 SH: What does your day-to-day as co-manager of HeroMods entail?

DV: As we have started out very small, I have taken on many roles and my day is constantly morphing. One day I'll be buckling down and making HeroMods and other days I am thinking of future developments and how we can grow the business. One day I will be doing market research and another day I will be taking product photographs. The most important thing I've learned is to take the time to compartmentalize these moments so that I am in the right headspace without all the distractions of the very next role I am going to have to play.

Most surprising to me is that people whom I've respected and admired from afar have approached me to say they are utterly amazed by the idea and the quality of our products. It's humbling to have your work appreciated by people you idolize, but if you keep working at it, it can really happen.

Funnily enough, of all the things we've achieved, the most rewarding thing for me is still getting a batch of printed HeroMods and inspecting each and every one of them. Each HeroMod is an intricate, custom-made creation and seeing its journey from 2D photograph to 3D object will never get old.

SH: What steps go into making each and every awesome HeroMod figure?

DV: As much as 3D printing looks like the machines do it all for you, there is actually a lot of human skill involved. From front and side photos provided by the customer, we have to identify the shape and main features of the face in order to create an accurate 3D model. Once we have a model, we have to retouch the colors of the face to optimize it for 3D print. We add and recolor the hairstyle, and once it looks just like the person, we add the chosen superhero uniform. The model is printed in a bed of white powder, so after it is printed, it has to be gently brushed clean by hand and then sealed in a solution for strength and to bring up the vibrance of the colors. 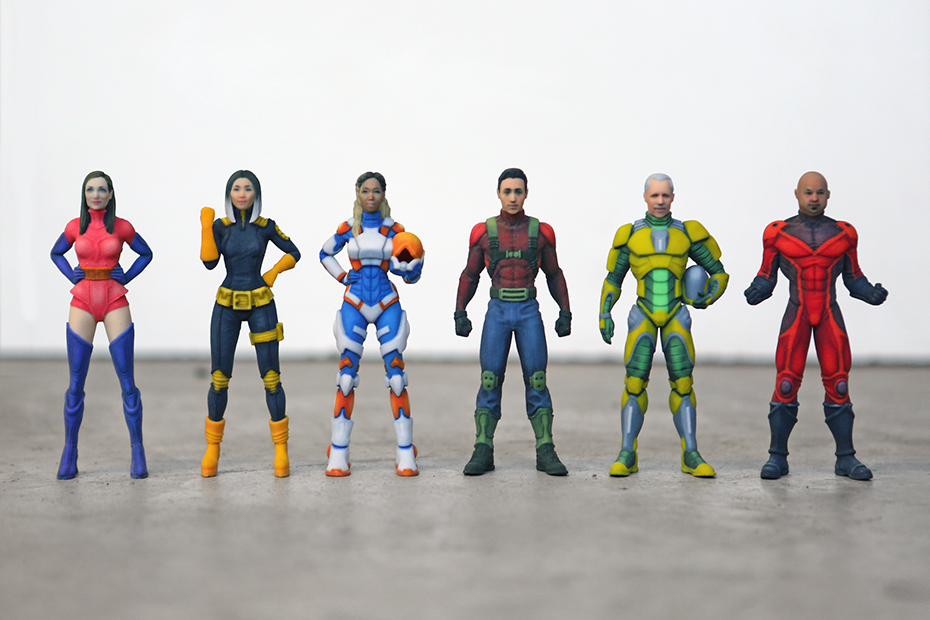 SH:  How do partnerships like your upcoming branded Assassin's Creed HeroMods come about?

DV: A good friend of mine happened to be a licensor, so we hired her to liaise and negotiate with some very large companies. After seeing how impressive our models were, we garnered a lot of interest and managed to get a deal to make Assassins Creed characters.

What's great about collaborations like this is that we can tap into a whole new market of customers that we may never have been visible to before. For the brands that we license, we offer a very innovative product and reignite passion and enthusiasm for the fans.

SH: What's coming up next for HeroMods?

DV: In the future we would like to move into even more customizable and diverse options for bodies. The aspect of customer personalization has always been important to us. I'd also love to expand our choice of licensed characters and franchises.

SH: What has the experience of developing HeroMods taught you?

DV: The most important thing I've learned about this whole process is that what sets you apart from anyone else is your drive. Motivating yourself is hard, but if you pursue something that interests you greatly, you will learn absolutely everything else relevant to make things work.

Don't be discouraged by what you don't know, because there will always be someone who does what you can learn from. I was a originally a video editor, but in this process I have learned how to be a manager, producer, designer, marketer and 3D modeler just so that I could satisfy my curiosity to see if I could really make customizable 3D printed models of individual people. 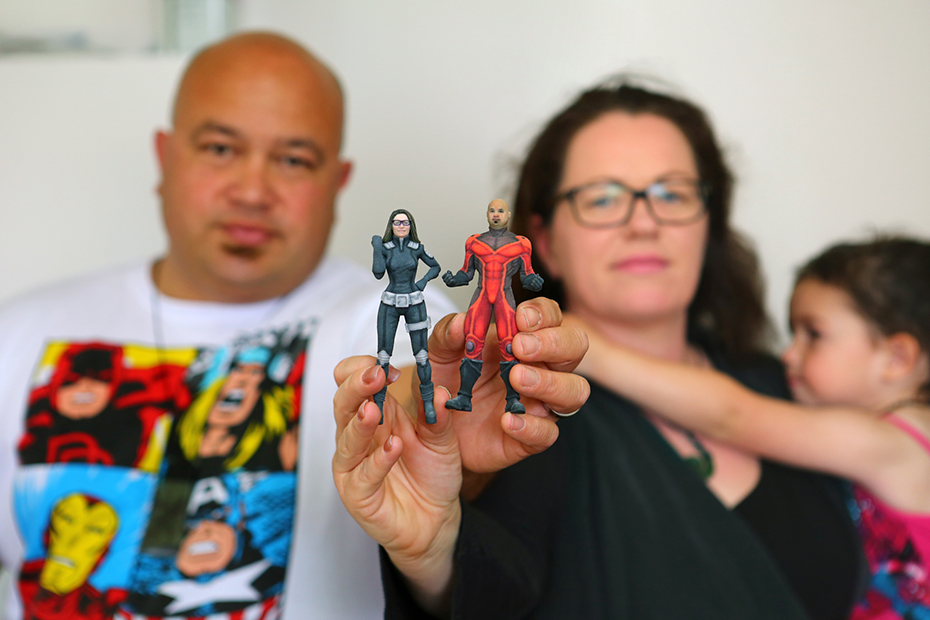 Inspired by what women can do in tech? Click HERE to read our interview with the six-woman team that built a machine that converts written text to braille.