Disney's live-action remake of Aladdin is going to look and sound different. We have new songs to look forward to, including one from Princess Jasmine.

If you think back to the last time you watched the 1992 animated classic, you may remember that Jasmine got to sing the iconic duet "A Whole New World" with Aladdin, but she didn't get her own song.

All that is changing in 2019, and songwriters Benj Pasek and Justin Paul have promised in an interview with Variety that she gets "a beautiful piece." 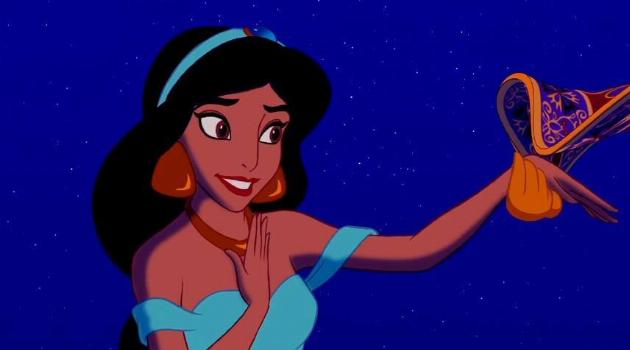 Pasek and Paul worked with Alan Menken, the Academy Award-winning film score composer behind incredible movie soundtracks, including the ones from the original Aladdin, Beauty and the Beast, and Tangled, among many others. From what they said, the collaboration went great.

"We got to write a new song for Jasmine," Paul told the publication. "Alan wrote a beautiful piece of music."

As for the singing of the song, that fell to the actress playing Jasmine, Naomi Scott. It sounds like she handled it, which isn't surprising considering her background in music. Paul referred to the actress-slash-singer as "incredible," and now we can't wait to hear it all come together.

Jasmine's song isn't the only change to the film in terms of its music. There is at least one other new song—a "sweet" Aladdin and Jasmine duet, according to Paul—as well as a revamped version of "Arabian Nights" with a new verse.

It's definitely not going to be the same old song and dance when "Aladdin" comes out May 24, 2019.

If you're curious about other Disney remakes on deck, click HERE to read everything we know about the live-action Mulan so far.