What to Know About Disney XD Star Nathaniel Potvin

From Girl Meets World and Jessie to Haunted Hathaways, Nathaniel Potvin has scored guest spots on some of our ultimate faves in the past.

Now that he's starring in his own Disney XD show Mech-X4, we can't get enough of him. We definitely consider him a star on the rise and you'll find exactly what you need to know about the actor below! 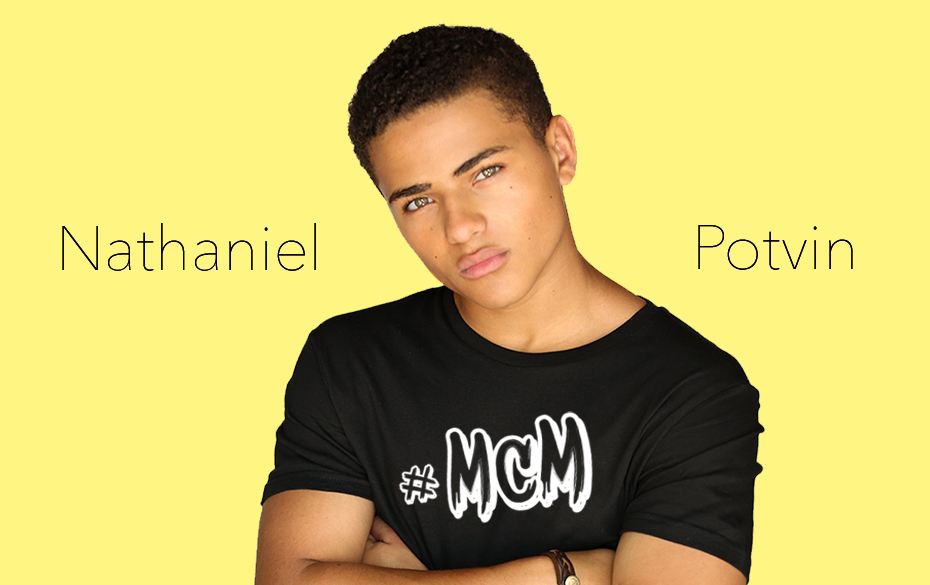 1. When he wants to jam out, he puts on "That's What I Like" by Bruno Mars. "It's so old-school and smooth," he tells Sweety High. We see why, we get those smooth, old school vibes from him, too. ????

2. He's a Starbucks addict who can't get enough peach green tea lemonade. The amount of sugar in these drinks might be questionable, but Nathaniel jokes, "At least the green tea part is healthy, right?"

3. He loves working for the mouse and even collects Disney pins. "My favorite pin is the one you get when you go on a Disneyland private tour," he says. "I even got some of my friends into pin collecting, too." We're not going to lie, we wouldn't mind working for Disneyland or Disney channel. It seems like a blast.

4. His first job in showbiz was a role in a Target back-to-school commercial. "It was so cool because my best friend and two other pals also booked the same job," he shares. "That hardly ever happens and it was one of the best times of my life!"

5. When he orders pizza, he likes to "keep it classic" by ordering pepperoni.

6. The Disney prince he relates to on a deep level is Aladdin. His favorite thing about him is that he's "mischievous and clever, but he is a good guy who's always trying to better himself." We totally see his mischievous side in this cute little #TBT photo, too.

7. He's all about those '80s comedy movies. His fave is Ferris Bueller's Day Off because "it's such a timeless movie."

We ❤️ different actors from all our favorite channels. That means you also need get to know Freeform actor Thomas Law HERE.