We Made Our Own Cheesecake Teas With Little Fluffy Head's Recipe, and Here's What Happened

A couple of weeks ago, I had the pleasure of visiting the adorable Little Fluffy Head Café in Downtown L.A.

I got to taste amazing cheese teas and chat with the shop's owner, Jenny Zheng, but maybe the most exciting thing about the experience was that she was willing to share some delicious recipes with Sweety High. 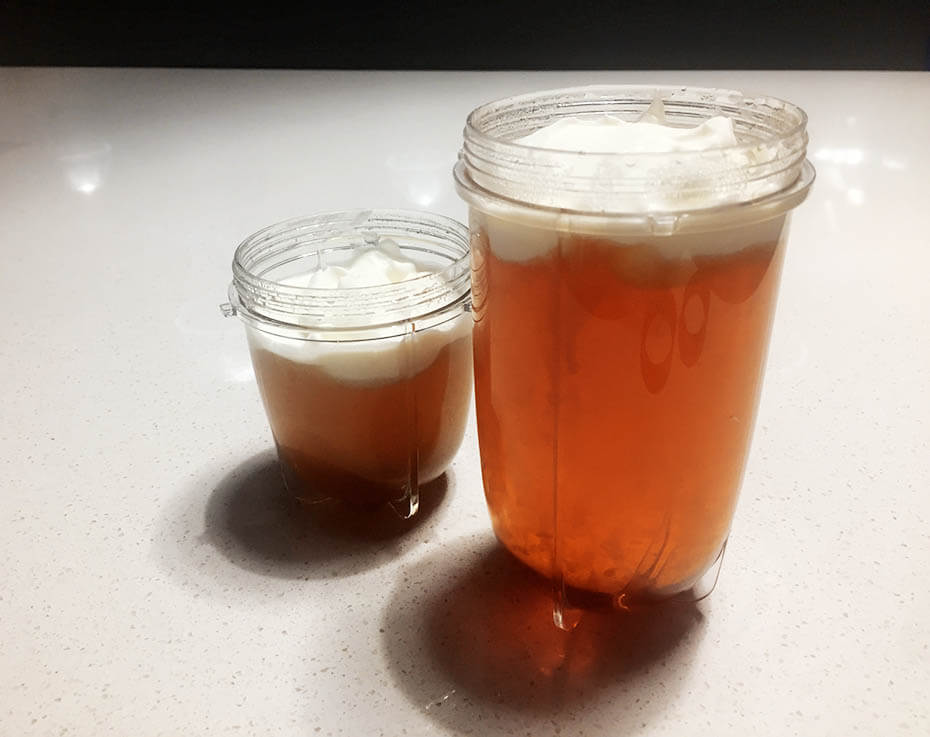 Today, I attempted the recipe for cheesecake cream tea, with delectable results. Here's the recipe so you can try it yourself, too:

2. Combine the ingredients in a mixing bowl and add sugar and salt to taste, depending on your preference. Whip together using a hand mixer until you get a thick, whipped cream-like texture.

Note: I don't have a hand mixer, so I whipped my cream by hand with a whisk and it turned out alright!

3. Brew a cup of tea and add sugar and/or milk to taste

4. Add ice to cool down the tea (or chill in the freezer for about 20 minutes)

5. Layer the cream on top of the tea

As I began the process of making my first batch of homemade cheese tea, I was a little concerned that I didn't have a hand mixer to make the cream. I'd whisked whipped cream by hand before, but was worried the added cream cheese and milk might make it tougher to get to the right texture. It took a while, but eventually the ingredients all incorporated nicely into a fluffy foam. There were no leftover chunks of cream cheese, and I'd added just the right amount of sugar for sweetness and salt to add complexity to the cheesy taste. 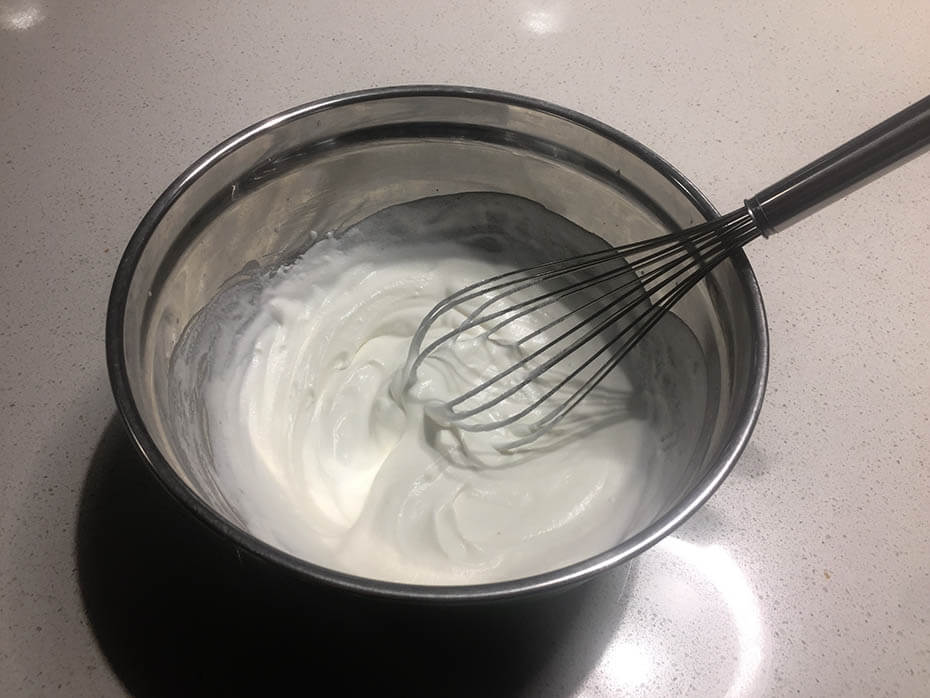 Thinking ahead, I already had a couple cups of chilled tea ready to go. One was a delicious autumn apple-flavored rooibos tea, and the other was a spicy ginger and turmeric tea. I flavored them both with giant spoons of sugar (because I typically like my teas to be almost dessert-like) and was eager to find out how they'd taste topped with a cheesecakey cream.  I ladled some foam onto both teas with a spoon, and they didn't disappoint. 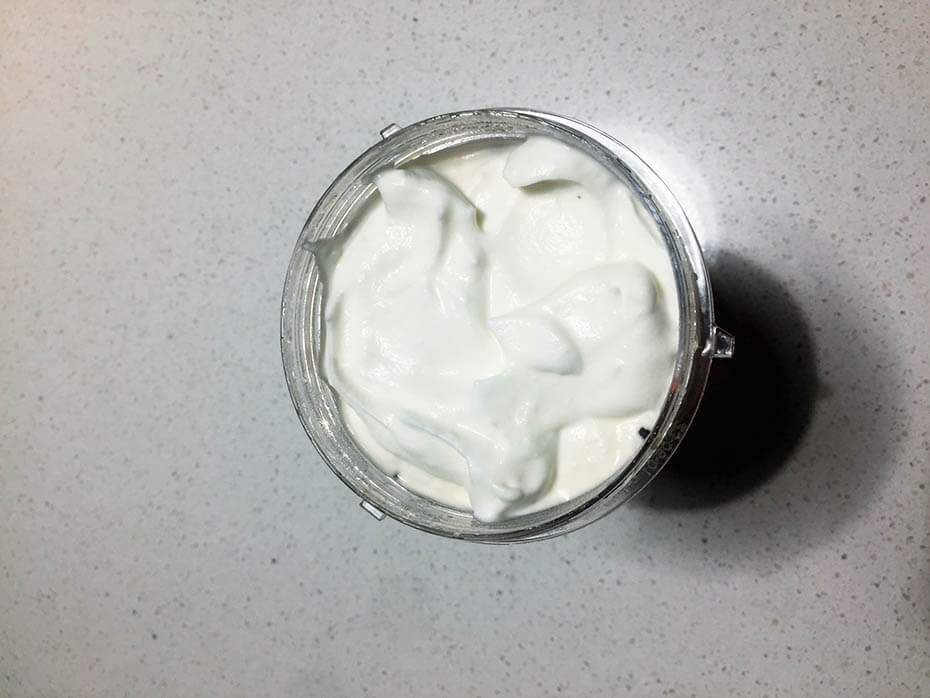 I sipped the turmeric ginger tea first. It was delicious. The warmth from the ginger and the spice of the turmeric combined with the sweet tang of the cream cheese. The salt also brought something unique out of both flavors in the tea, making all of the flavors richer. It's definitely a flavor combination I'll replicate in the future. 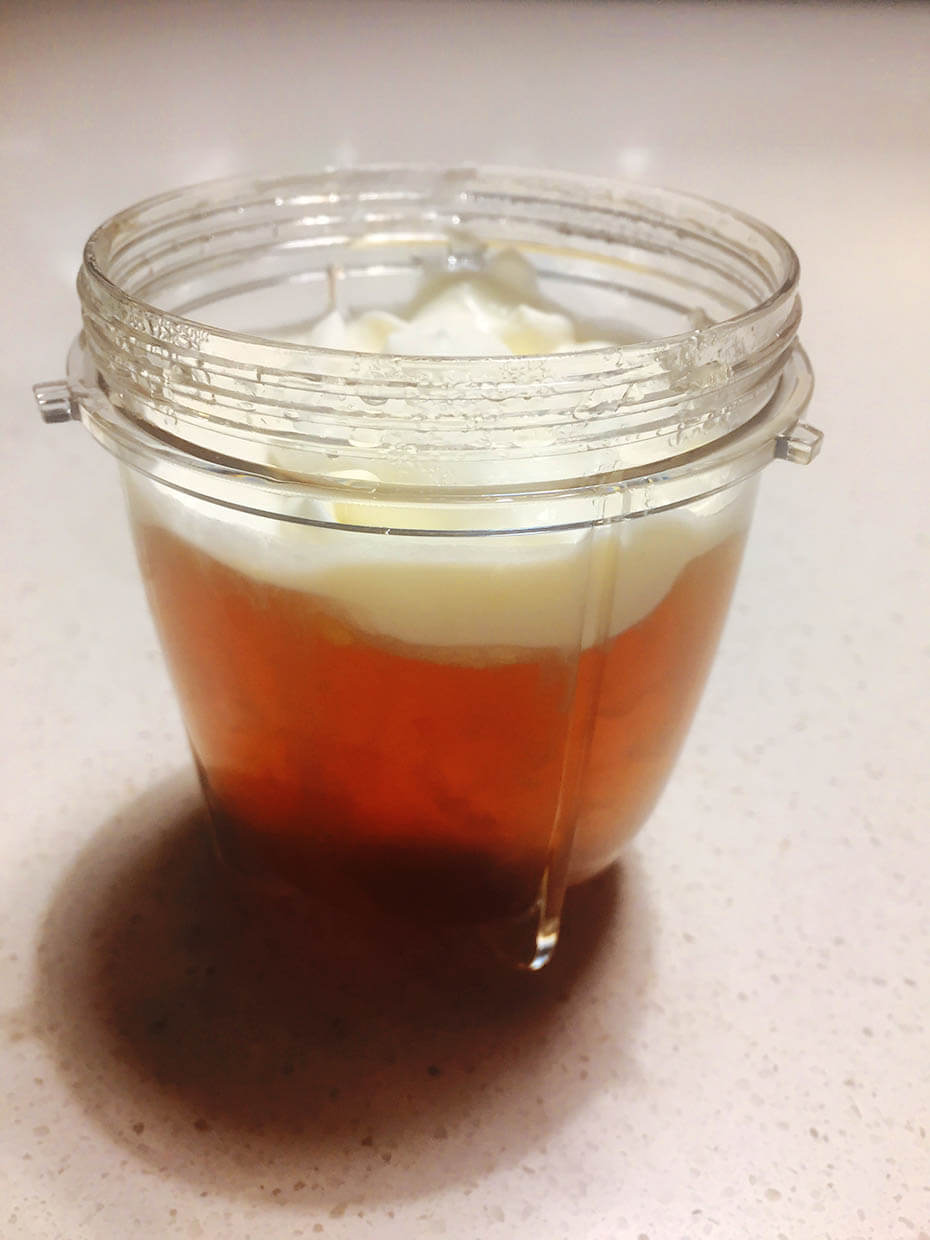 Next, it was time to try the cheesecake foam apple rooibos tea. The flavors of this tea were subtler and sweeter, with hints of cinnamon and fruity apple, but they paired equally well with the tasty whipped cream. The combination of apple and cream cheese made me realize I've never had an apple cinnamon cheesecake, but that I totally should because the flavors are a match made in heaven. 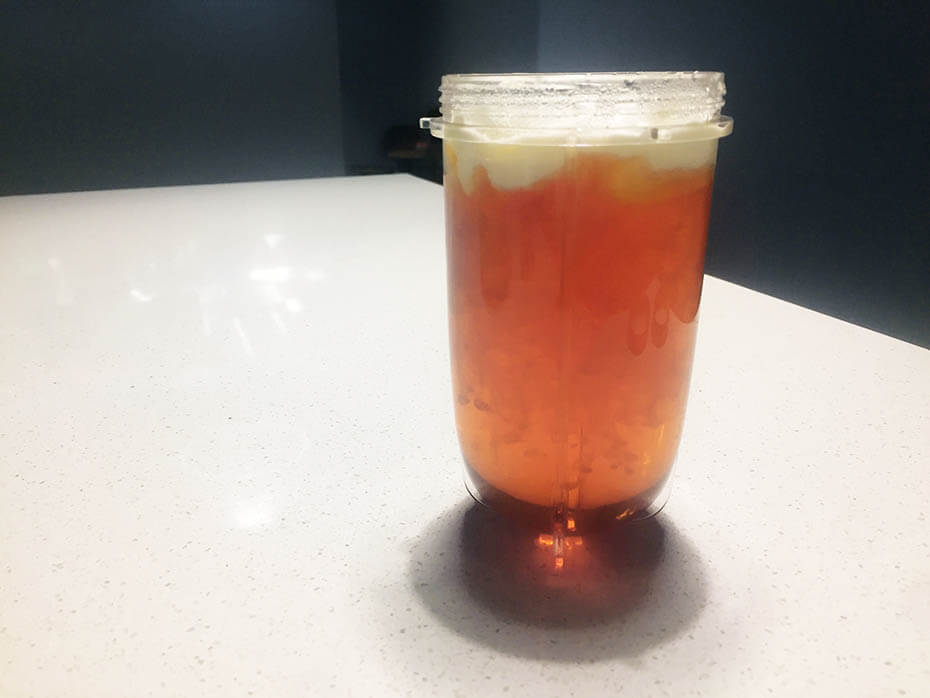 Both of my concoctions wound up being super tasty—but that wasn't the only cheese tea recipe Jenny shared with us. Keep scrolling for her tiramisu and white chocolate cream recipes:

2. Mix coffee powder with milk. The stronger you want the flavor of the coffee, the more powder you should add.

3. Combine the rest of the ingredients in a mixing bowl and whip together using a hand mixer until you get a thick, whipped cream-like texture. With this recipe, it's helpful to add sugar and/or salt at the end so it doesn't inhibit the fluffiness of the cream.

5. Add ice to cool down the tea (or chill in the freezer for about 20 minutes)

6. Layer the cream on top of the tea

7. Sprinkle chocolate powder on top of the cream (optional)

2. Combine the ingredients in a mixing bowl and add sugar and salt to taste, depending on your preference. Whip together using a hand mixer until you get a thick, whipped cream-like texture.

3. Brew a cup of fruity tea and add sugar to taste

4. Add ice to cool down the tea (or chill in the freezer for about 20 minutes)

5. Layer the cream on top of the tea

If you want to find out more about the magic that is cheese tea, click HERE for my taste test of teas at Little Fluffy Head Café.