I Got to Play Donut County, the Funnest Game About Raccoons and Holes You'll Ever Play

I first heard about the gorgeous oddity Donut County about three years ago on a podcast, and I've had an eye on the game ever since.

In this physics-based title, you play as BK, a raccoon who's become obsessed with an app about swallowing garbage up into a hole in the ground. Essentially, you control that hole, which grows bigger any time something falls inside. The more you consume, the more it grows, allowing you to accommodate larger and larger objects until there's nothing left. 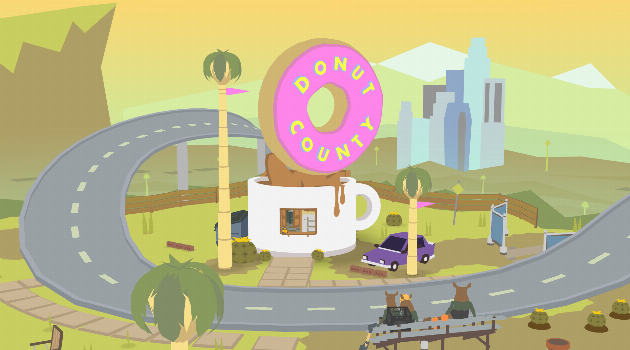 I got to play for about 25 minutes at E3 and find out a little more about the game with developer Ben Esposito, who's been hard at work for five years shaping the game to suit his vision.

Shortly after starting the game, I discovered that all is not well in Donut County. Most of the town has found itself in a deep chasm, 990 feet below home. The characters—all anthropomorphic animals besides the human voice of reason, Mira—each have their own story about how they got sucked into the depths, but it appears that BK and his dastardly app are to blame. Each level details how a different character's environment fell into a hole. 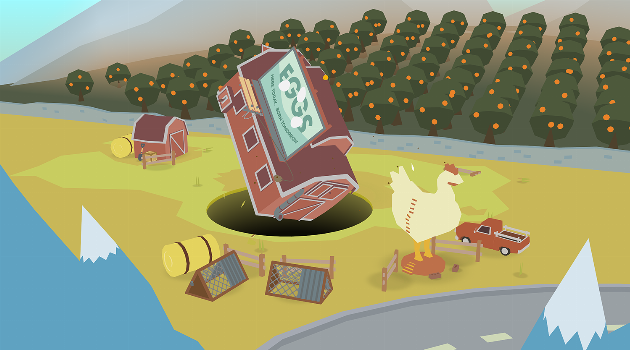 The game starts really simple. At first, it was mostly about prioritizing any objects that are small enough to fit in the hole. As I did that, it grew, until everything on screen would fit. But the game is about way more than just growing a hole in the ground.

Before long, I found that certain objects interacted with the hole in different ways. Swallowing a fire turned the hole into a heated pit that could blow hot air, puff corn cobs into giant pieces of popcorn or interact with charcoal briquettes to generate giant flames.

At one point, a giant carrot got stuck in the hole, and I had to get it unstuck before I could do much else. It took a moment, but eventually I found out how to use the rabbits in the level to my advantage and dispel the carrot. It only took a couple of minutes to figure out, making the puzzle-solving satisfying without ever leading into the territory of frustrating.

And at the end of every level, you can open the "Trashopedia," which gives silly descriptions of every item that fell in the hole. For example, it described snakes as "live spaghetti" and a different variety of snake as "deadly live spaghetti." Ben explained that these are all written from the odd perspective of a trash-loving raccoon. 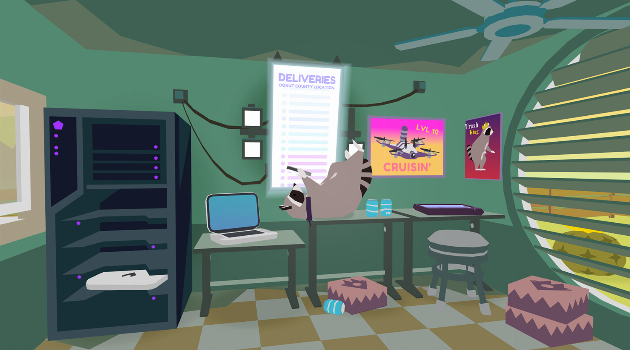 After nearly half an hour of gameplay, I felt I could play a lot more before tiring of the concept. The gameplay was simple and sweet, allowing me to go into an almost zen-like state as I completed levels. It never took too long to figure out the next step in the puzzle, and when it did require extra thinking, solving it was especially gratifying.

It also helps that the game is incredible-looking. The cel shaded animation perfectly suits the quirky tone of the game, and it'd be hard to resist the charm of its adorable animal characters. 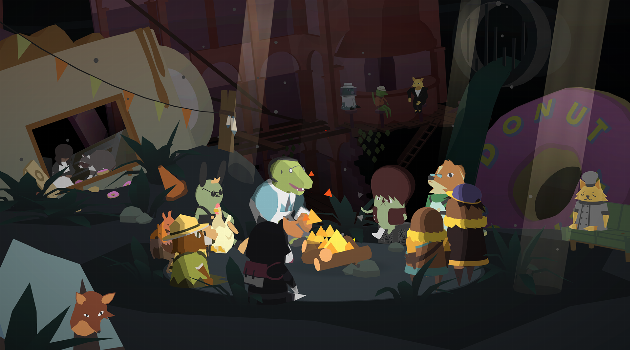 Ben explained that he was mostly interested in making something stressless. He wanted to create a puzzle experience that wasn't interested in timers or huge goals so that players could play at their own pace and have fun with it. There's no right or wrong way to play—though some creative methods will probably unlock some fun trophies in the finished game.

There's no planned release date just yet, but it will be released on PC and iOS devices. When that happens, I'll be the first in line to play it again. Check out the trailer below to see the game in action.

If you're intersted in Donut County, click HERE to find out all about another game I loved at E3, Ghost Giant.