Regardless of how much weight you actually put in the power of horoscopes and astrology, they're a ton of fun to read.

You're probably already familiar with both the western and Chinese zodiac, but a new form of horoscope recently caught my eye, and I think it's about time that more people discovered it. It's called "doubutsu uranai," which literally translates in Japanese to "animal horoscope," and it's probably the cutest type of horoscope I've ever seen.

Keep reading to find out exactly what doubutsu uranai entails, and figure out your own precious animal sign.

While there is a calculation and chart you can utilize to find out the different aspects of your sign in doubutsu uranai, it's a lot easier to simply go to the practice's official English website, plug in your birthday, and let their calculator do the rest. Once you press send, you'll instantly be told the animal that matches your personality, as well as a color that can provide even deeper insight.

According to the doubutsu uranai website, this unique horoscope is based on the Four Pillars of Destiny, an astrological concept that's popular in China. It can be used not only to learn more about your personality, but to find out how compatible you are with others, and also to forecast your future. 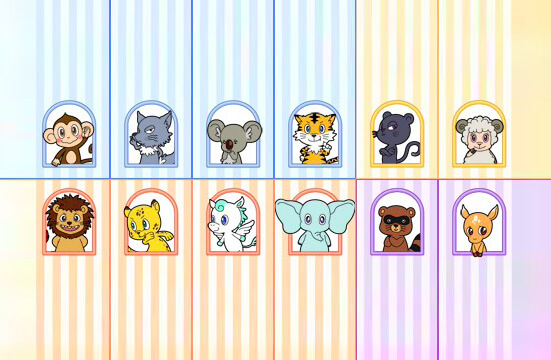 Like other familiar horoscopes, doubutsu uranai groups people into a dozen different animal signs. They are monkey, wolf, koala, tiger, panther, sheep, lion, cheetah, pegasus, elephant, tanuki (Japanese raccoon dog) and fawn, and each one has its own unique traits. For example, while tigers are balanced and willing to help, pegasuses can be moody and dislike restrictions in their lives. Once you find out more about your animal, you can dig into the website more deeply to learn more about them.

Every animal in the doubutsu uranai belongs to one of four groups. The new moon group, which includes fawn and tanuki, is very focused on the wills of others and is capable of always going with the flow and reacting to new situations. The full moon group, containing panther and sheep, also cares a lot about other people but is known for planning their actions ahead of time. Then there's the earth group, containing tiger, monkey, koala and wolf. This group is more self-centered, and also is capable of adapting to new conditions in a pinch. Lastly, the sun group containing lion, pegasus, elephant and cheetah is also focused on the self, but emphasizes careful thought and consideration before they take action. 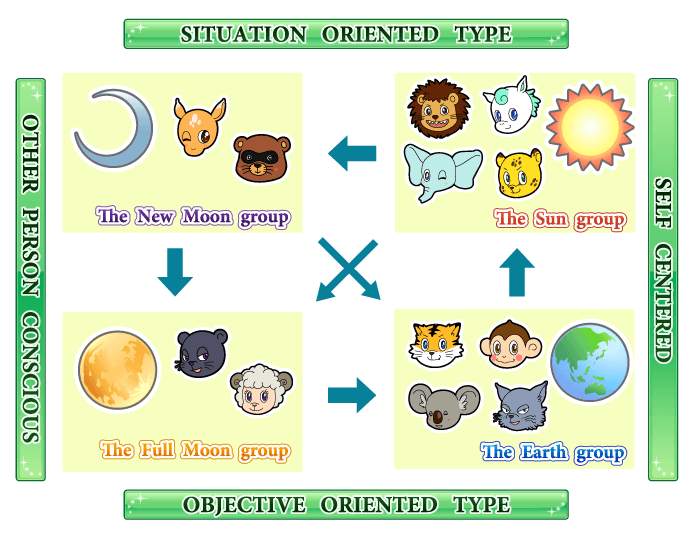 Your doubutsu uranai sign also includes a color attached to your animal that will give you more information about yourself than just the color alone. However, not all of the animals share the same colors. The sun and new moon group animals come in yellow, green, gold and silver, while the earth and full moon animals can be red, blue, brown, orange, purple or black. These colors mean different things for each animal, so you'll have to check out the guide to learn more about yourself. 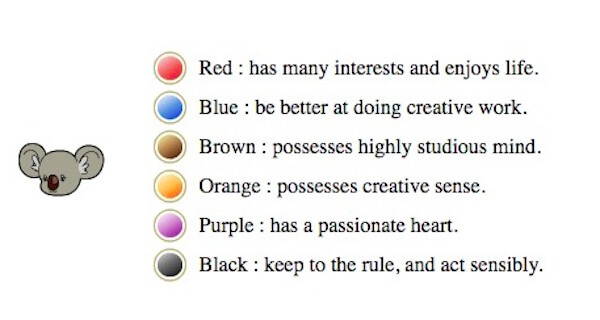 While the readout you'll get when you input your birthday is relatively thorough, there's more you can learn by navigating around the doubutsu uranai website. For example, I happen to be a black wolf. My results page included 16 quick sentences about aspects of my personality, including "You are intelligent and never lose your composure" and "You are an artistic type of person."

Like any horoscope reading, I found myself agreeing with some of the statements and disagreeing with others, but the more I searched, the more accurate statements cropped up. The explanation on their color guide side said that black wolf "possesses a highly studious mind," which sounds like me. In finding more about my sign's earth group, I also agreed that I'm mostly internally focused and that I prefer to plan for things than to just let them happen. Until it catches on, I don't know how useful that information will be for me—but it never hurts to check.

If you're not intimidated by navigating around a website entirely in Japanese, you can find out even more about doubutsu uranai here.