Everything You Should Know About TikTok Star Duncan Joseph

Few TikTok creators can make us laugh out loud as consistently as Duncan Joseph.

Best known for his hilarious skits that poke fun at the silliness of reality TV and bad infomercials, he has a keenly sharp sense of humor that never fails to delight. And the fact that he has 3.4 million followers—and counting!—on TikTok shows us we're not alone.

But who is the man behind the videos? Duncan gave us the opportunity to ask away and dig deep with him, and here's everything he revealed to us. 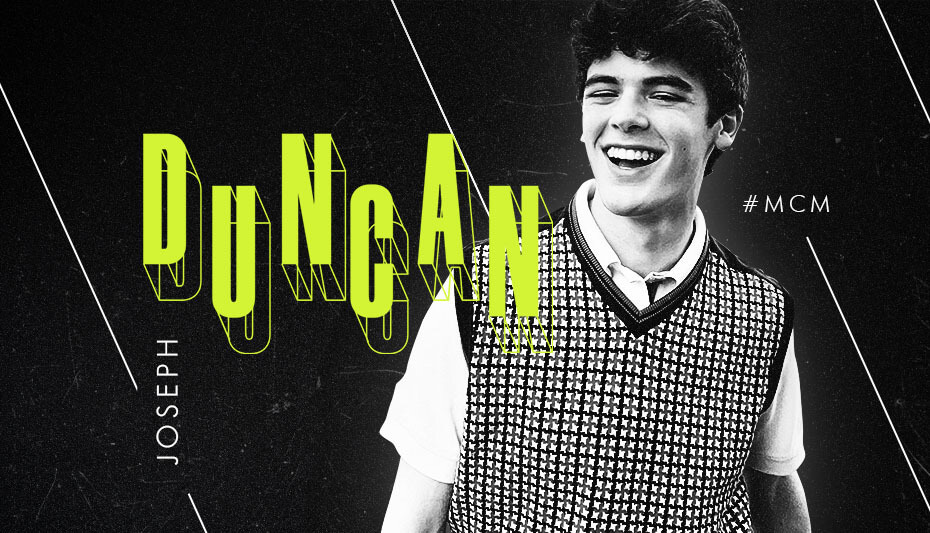 1. Ice cream sandwiches are Duncan's favorite dessert in the world.

"I have literally been addicted to them, and because there are so many flavors my addiction just intensifies. They have become an essential part of me."

2. The last thing he binge-watched was American Horror Story.

"It was such an adrenaline rush. I watched it because everyone kept talking about it and I have always had a fascination with the horror genre, and I loved the guest actors. I still need to watch like five more seasons though."

3. He cracks up the most when he's least expecting it.

4. He likes to order red onions, sliced tomatoes, mushrooms and basil on his pizza.

"I can't have pepperoni because I am literally allergic to pork and beef, but it's okay—I have learned to be a vegetarian when it comes to pizzas."

"I just get so sucked in and I don't even think about what is happening, and eventually there are just tears on my face. It's funny because it isn't even a sad movie."

6. The last song he had stuck in his head was Billie Eilish's "Therefore I Am."

"It's been playing on replay. I just hear it everywhere and it will not escape my head."

7. He's avoiding one style in particular at the moment.

"We are steering clear from slim and skinny pants, because it makes so much sense not to wear that, and I look back at old photos and cringe. I am terrified of slim jeans so straight pants make me happy."

8. In school, he's usually best at business and marketing.

"It's only because my dad owns a few businesses, so I just think, 'What he would do?' My worst subject has to be English because I have no motivation to do it. I have never actually tried in English class."

9. If he could travel anywhere in the world for a week, he'd pick Japan.

"I binged YouTube videos for hours learning all about the city and countrysides of it, and it just is so different from where I am from. I would love to just go on the trains and eat lots of authentic food."

"Something that is core to me is fearlessness to entertain and be myself around large groups of people, as I am the literal definition of an extrovert. I am so thankful that I have no social anxiety, because when I would do musical theater or debate, standing in front of larger groups of people gave me more energy. I have so much fun when I am able to entertain."

If you adore Duncan as much as we do, click HERE to read our interview with Duncan and find out the creative process behind his hilarious videos.