What You Should Know About Country Artist Dylan Schneider

We couldn't believe our luck when we had the chance to get to know country artist Dylan Schneider this week.

If you aren't yet acquainted, below is exactly what you should know about this talented dude, straight from what he told Sweety High: 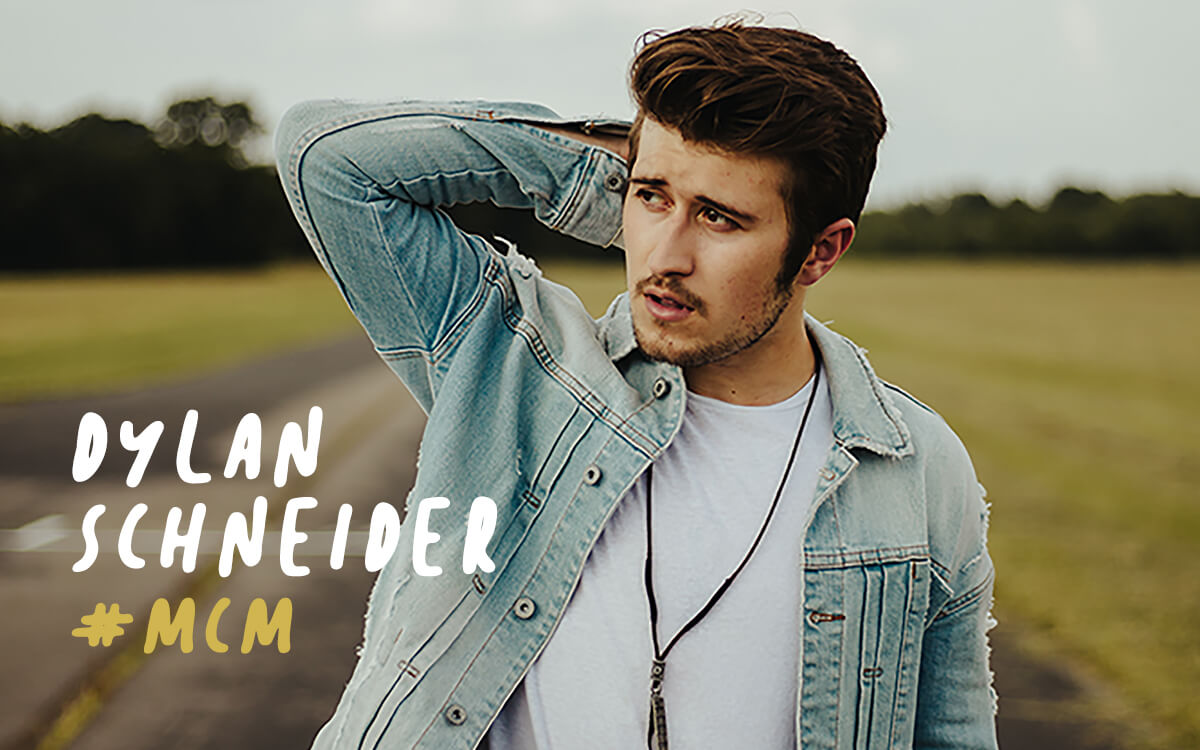 1. His biggest inspiration has always been Brett Eldredge.

"I've looked up to him ever since I heard his song 'Raymond.' Not to mention, his hometown is just 25 minutes from my hometown of Terre Haute, Indiana. Learning that was enough for me to say, 'Hey, maybe I can do this, too."

2. He only started seriously making music two years ago.

"It was an amazing process. Just understanding and finding my voice was one of favorite things in the beginning. Also, getting to collaborate and work with writers, producers, and the engineers involved is always cool. They take your vision and make it come to life."

3. He's always inspired by his own life experiences when writing music, good, or bad.

"I take my personal life experiences and write a story while putting it to music and hoping that it can help someone who may be going through or experiencing the same things. It's kind of hard to point out specifics, because I never know what I will end up writing about."

4. Being around other people who are passionate about music inspires him to be a better musician.

"There's no better motivator than to have a group of buddies who are as excited and into the art you make as you are. Having the ability to collaborate with so many talented people who believe in me pushes me to work harder and harder every day to become something bigger and better."

5. He loved growing up in Indiana because it was the best of both worlds. He made some amazing memories there.

"Terre Haute isn't a huge city, but it was big enough to give you the city vibe—especially downtown. And only 10 minutes down the road, you can find yourself in the middle of the corn fields. That's one of my favorite things about where I'm from. Looking back, my favorite memory growing up there would have to be the time Brett Eldredge brought me up on stage out of the front row to sing with him the night before my birthday. Craziest day of my life."

6. He didn't always listen to country music growing up. In fact, rock and hip-hop were his biggest influences.

7. He's serious about his style. Right now, he's all about his Ghost White Timberland boots that his friends bought him for his birthday.

"White is one of my favorite colors to wear, and they were a limited release. I don't wear them too often though, because I don't want them to get dirty. I'm serious about my footwear."

Listen to Dylan's single, "How Does It Sound," HERE.

Now you can say you know Dylan Schneider on a majorly personal level, but click HERE to find out how well you know fellow country singer Jordan Rager?