If the iTunes charts were a game of tic-tac-toe this week, Ed Sheeran would have been the uncontested winner! 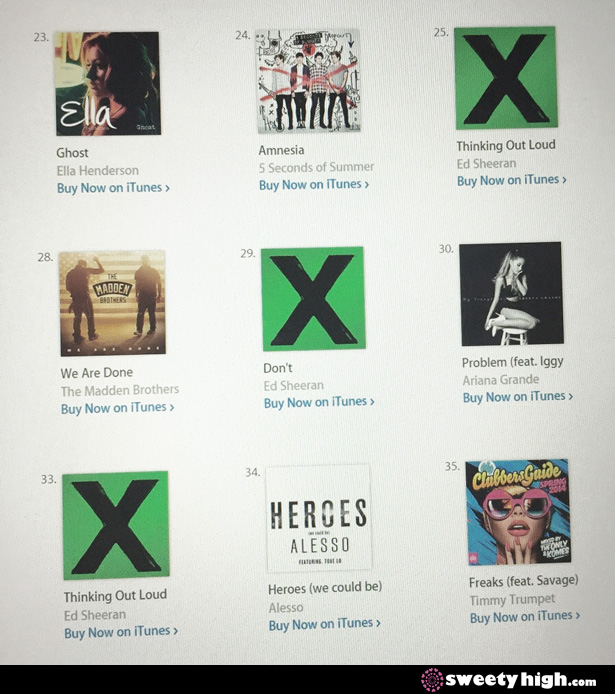 Ed's x album has spawned a number of hit tracks, and earlier this week, "Don't" and two versions of "Thinking Out Loud" did something miraculous in the chart. Coming in at #25, #29 and #33, the album covers won a perfect tic-tac-toe game on a diagonal!

Ed would have won the game regardless, but the x album's simple artwork makes it impossible not to draw a comparison to the popular game.

What other album art would win? Comment with your thoughts below and at Sweety High!

For more Ed Sheeran, be sure to check out his new "Thinking Out Loud" music video, plus the video's best lyrical moments!