As much as we love them, we get that not everyone is into strongly fragranced candles in traditional pillar shapes.

When some people are on the lookout for a statement decor candle, a striking look comes first, and everything else comes second—and if your aesthetic is more sporty than dainty, chances are that you feel like your options are pretty limited.

That's where Eleven Eleven comes in. Their bold candles, inspired by iconic shoes, are especially made for the sneakerheads out there. When the brand reached out to me asking if I'd be interested in reviewing them, I just had to say yes—and here's everything you should know about the brand and their candles.

Eleven Eleven specializes in candles shaped like classic sneakers. Their unscented, soy-based candles are hand-poured in Chicago, Illinois—which is apt, because that's the city where basketball legend and Air Jordan inspiration Michael Jordan played in his heyday.

And while their candle shop has a few hilarious offerings, my favorites have to be their shoe candles. In addition to the Call Me Coco, AJ4 and No. 23 designs I was sent, they also sell the Dunk candle, shaped like a Nike tennis shoe with its iconic swoosh design and AF1 candle in the shape of a Nike Air Force One. Their mini candles sell for $35 each, while their full-size candles retail for $65 apiece.

The Call Me Coco is an awesome candle resembling a high-end Chanel sneaker. I was sent the mini version, which is about five inches long, and despite the smaller size, it has all kinds of impressive detail from every angle. I can definitely see why you might want to keep this candle around as a decoration, rather than burning it!

It was also a pretty impressive candle to light. I found that, because of the unique shoe shape of the candle, it was super self-contained, and though I burned it over a plate to catch any drippings, that wasn't actually necessary. As it melted, it formed a tunnel down the back of the shoe. After about four hours, it had burned all the way down and the flame went out. There was quite a bit of wax left over at the end due to the shape of the shoe, which might annoy people who feel like they "waste" candles, but it really was worth the whole experience. Plus, if you're sensitive to strong scents, you also don't have to worry about being offended by this candle, because it's not fragranced.

Also read about: Lolo ZouaÏ Reflects on Her Dreams and Reebok's 'Life Is Not a Spectator Sport' Campaign

I also received a mini version of the AJ4 candle, shaped like an Air Jordan 4. Again, I loved all of the detail in every aspect of the shoe, and it almost felt a shame to burn it—almost. The experience was much the same, except for this time, I got a little curious and wound up touching some of the melty wax on the side of the shoe as it was burning, which caused it to break and overflow into the plate below it. Still, this didn't ruin the experience at all, and it was a pleasure watching it burn through to the end.

Of course, the shoe candle I was most excited to burn was the full-sized No. 23, based on the classic Air Jordan 1 design. Now, when they say "full-sized," don't expect the shoe to fit a basketball player like MJ himself. I wear a size 6 in women's shoes, and when I held it up to my foot, it looked like the perfect fit, so keep that in mind. Even so, I found this candle especially powerful in its detail—it really makes a difference when you size up from the mini!

And, again, the burning process was similar this time around, except on a much larger scale. I'd light the candle when I started work in the morning, put it out during lunch and then light it again when I resumed in the afternoon, and altogether, it burned for about 30 hours, give or take. Again, there was plenty of shoe left over once it was fully burned, but I'm sure I'll be able to come up with some use for all of that extra wax. 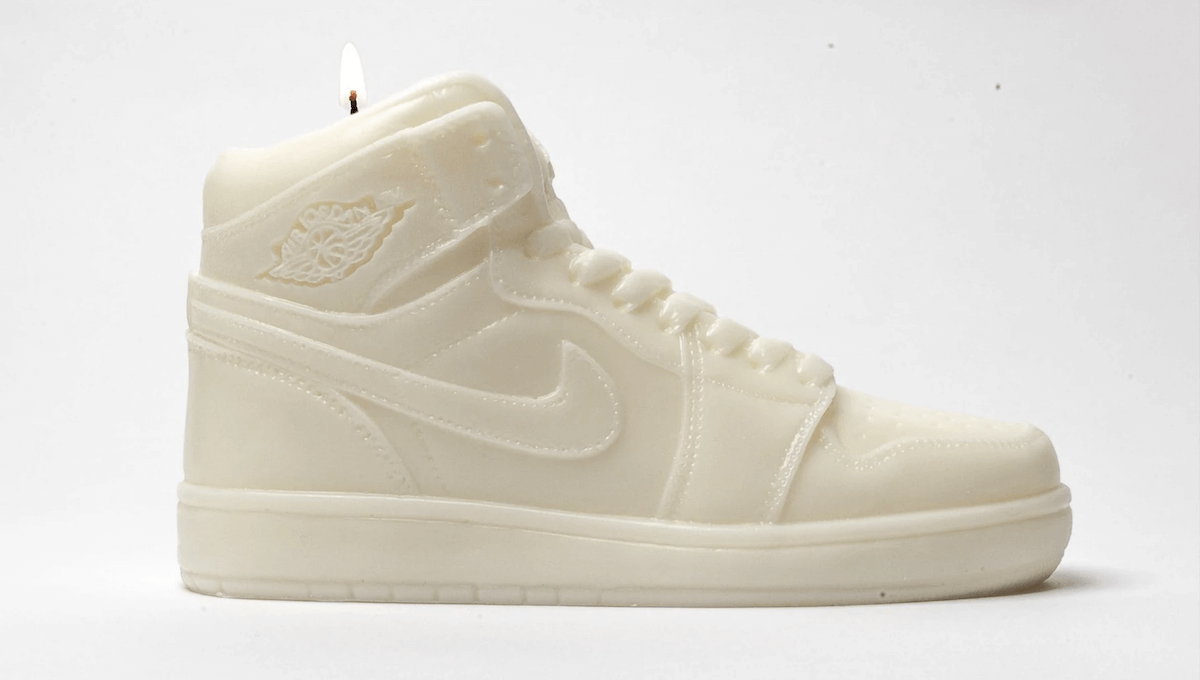 Also read about: Y2K-Themed Fashion Gifts to Add to Your Wish List

If you're a sneakerhead, I definitely recommend Eleven Eleven's shoe candles as an awesome piece of decor. They are a bit pricey, whether you're buying the small $35 candle or the bigger $65 candle, so definitely keep that in mind before you light them up. I can see why someone who loves these shoes would be more than willing to pay that amount for them.

Looking to up your shoe game this season? Click HERE to check out the biggest shoe trends of spring 2022, according to a celebrity stylist.