Based on a popular book series, Upside-Down Magic focuses on the students at a magical school who are forbidden to use their powers because their unique abilites are considered "upside down."

In the DCOM, Elie Samohi plays Elliot, a boy who posesses fire magic, but struggles to use it. Despite our lack of magic, we find that super relatable. This week, we got acquainted with Elie, who gave us a peek into his life in the interview below. 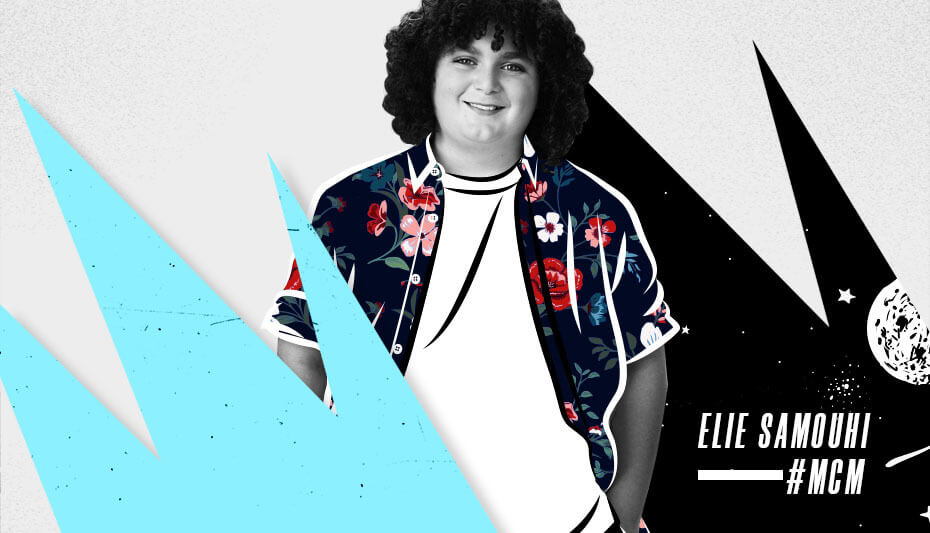 1. Elie considers himself a foodie.

"I'm very adventurous when it comes to food. A food adventurer, as I call it. I'm even a proud survivor of uni (sea urchin). The texture was kind of weird, and I can't say that I'd have it again, but, I love experiencing all different kinds of foods and breaking down all the tastes and notes of flavors."

2. He dreams of traveling to either Europe or Japan.

"I love both places and their unique cultures! Whether it's getting a croissant in France by the Eiffel Tower, or exploring the many streets of Japan, I would love to experience those places and cultures in my life. Bonjour, arigatou!"

3. He says he's usually pretty immune to getting starstruck.

"But I'm always a huge fan and supporter of who I'm into, and I really appreciate people's talent. The last person I've really been into is Tyler the Creator. I love that he creates without being trapped in a box and is always true to himself and his own beat in the music that he makes.

4. After a long day, Elie likes to unwind by playing his guitar and having a jam session in bed.

"Depending on how tough the day was, I've even been known to fall asleep mid-strum."

5. He loves when fans come up to him to snap a pic and start a conversation.

"I always really appreciate their feedback and support. It also warms my heart to hear that I made someone laugh."

6. His most unusual fan story didn't require an encounter at all.

"I was at a restaurant and a guy was looking at me like he knew me. I looked back and smiled. That was it, we never interacted other than that. But that night, on one of my social media posts, I see a comment saying, 'I saw you at a restaurant and you were staring at me.' That was definitely the most interesting experience I've had with a fan."

7. Pandas are his favorite animals.

"Bro, pandas are the cutest little bears ever! I love pandas because they look like you could just snuggle with them all day and all night. I want a pet panda."

"My sister is 15, and I'm 13. I feel that maybe I've had more knowledge about life and more support than if I was an only child or oldest child."

"I've loved Good Luck Charlie for as long as I've been watching Disney Channel. It's really one of the best shows—really funny, and realistic. And a movie with these awesome characters, with a holiday! That's a recipe for a fun movie."

9. Speaking of Good Luck Charlie, he had a bit of a crush on Teddy (Bridgit Mendler) when he was younger.

"Jessie was pretty cute, too."

10. Elie's caring nature is important to who he is.

"I believe that I'm very loyal, and I care a lot for others. I always make sure to be there for someone in need. I'm a sensitive loving guy, down to the core."

And if you missed Upside-Down Magic the first time around, an encore is airing the Disney Channel Aug. 21. Don't miss it!