We can't get enough of Disney Channel Original Movies, and the network's latest film, Upside-Down Magic, has instantly become one of our favorites.

Based on the popular Scholastic book series by the same name, it follows students at a magical boarding school who are forbidden from practicing their skills because their abilities are "upside-down magic"—though their techniques might be exactly what's needed to save the day.

Max Torina is a standout as Andres, a student who can't control his flying abilities. He's bold and wishes he could live his life without depending on others. In real life, Max is a basketball-lover and talented drummer in addition to being an actor. We wanted to learn all about him, and we got the chance to ask him all our questions in the interview below. 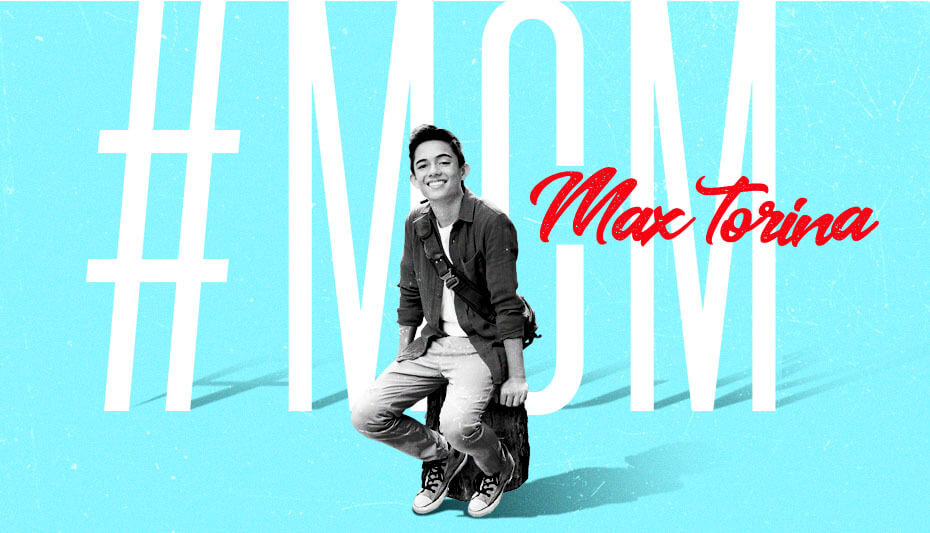 1. Max has a 3-year-old rescue dog named Chica, a mixed breed mostly made up of border collie, Labrador and pitbull.

2. On pizza, he likes to order BBQ chicken and veggies.

3. He loves The Mandalorian on Disney+.

4. His favorite book series is Brandon Sanderson's The Stormlight Archive.

5. His favorite YouTube personalities are the Corridor Crew, a group of filmmakers who run an L.A. production studio and discuss digital effects and stunts in movies, as well as making their own viral videos.

6. If he could go to anywhere in the world for a week, he'd choose Japan.

" I want to learn about the culture, and it's a beautiful place."

7. Max says nothing's been scarier for him than watching his very first horror movie.

8. Of all the Disney princes, Max relates most to Flynn Ryder.

"Mostly because he loves the thrill of adventure."

9. He loves to write, and says he's unexpectedly really good at it.

11. Above all, Max just wants to be a good person.

"I try my best to be kind to everyone and will return the energy I receive."

If you missed Upside-Down Magic the first time around, an encore is airing the Disney Channel Aug. 21, so don't make the same mistake twice!

Love Disney? Click HERE to find out what Disney Channel character you are, based on your zodiac sign.