Émilie Poissenot's passions for creativity and collaboration led her down various paths until she finally settled on game design—and it's pretty safe to say she's found her calling.

Émilie has led teams on big games including Drakensang Online and Electronic Arts' The Sims FreePlay, and most recently she's been focusing on co-directing her own company, Burning Glass Creative.

We chatted with Émilie, not only regarding her work for her new company, but also about her experiences in the game world. Keep reading to find out what it takes to be a game designer. 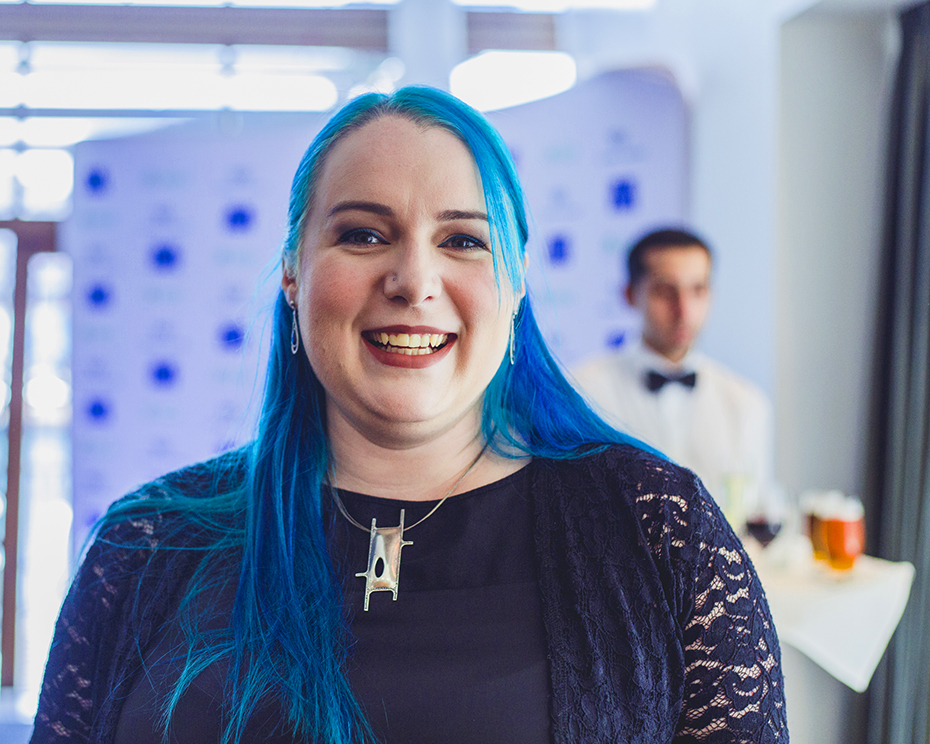 Sweety High: What experiences led to you becoming a game designer?

Émilie Poissenot: I stumbled into the role of game designer from an artsy background. As a kid, I attended drama school and dance classes. At 9, I had a monthly poetry and short story page in the local journal. In high school, I learned to play music and sing. I pretty much picked up any art skill I could, except for visual arts—drawing frustrates me.

I played games too, but never considered them as a career. I was going to be an actress! So after more than 10 years of drama classes, I enrolled in college to study cinema. I learned what that career entailed and the sacrifices I'd have to make and realized it wasn't for me.

A couple of years later, I was working odd jobs and wondering what my career should be when a game design class was announced in Quebec City, where I'm from. For the first time, it occurred to me that making games was a job—a job that I could do.

I started thinking about games and how they open up new tools to craft an experience for an audience. The players interact with stories in ways that don't exist in the other art forms I loved. I wanted to explore this, so I signed up for that game design class and started my career.

SH: What does being a game designer entail and what do you love most about the role? How are you passing on that knowledge in the classes you teach?

EP: As a game designer, I'm responsible for the rules of the game. How does the player win or lose? How do they interact with the game? Are there characters? If so, what can they do? What are the challenges?

I write the answers down as a first plan, and then I collaborate with coders and artists to turn my words into an actual game. Making a game is a team effort, so it's important to work well with others and communicate efficiently.

Once the game takes shape, we discover that some parts of my plan work and others don't, so we find new answers to these questions. I never know exactly how things will turn out. Sometimes the best ideas aren't mine, and that's great! I love it when someone surprises me with a solution that makes the whole game better. I care more about the players having fun than I care about being right.

A big part of what drew me to games is the ability to tell stories in a new way. Films have been telling stories for over more than 100 years, but games have only been doing it for around 40. We borrowed some of the tools from cinema, but we're still figuring out exactly how to tell stories in games.

Story impacts the gameplay and vice versa. They should feed off of and amplify each other to create a unique experience. It requires us to think of the story less as a linear experience like a film, a book, a TV show or even a song, and more like a curated set of hints that can be discovered in different orders to reveal a unique tale.

It's very exciting to play some part—even a small one—in developing the language of games as a storytelling medium. By teaching to the next generation of game and narrative designers, I help build up on the knowledge we have to explore new possibilities.

SH: What was it like to be a "Firemonkey" working as the lead game designer at EA Melbourne? What made that unique from your other experiences?

EP: Electronic Arts is one of the biggest game publishers and developers in the world. They have several studios that develop some of my favorite games, so joining Firemonkeys was a big step for me.

As the senior game designer on The Sims FreePlay, I was leading four game designers so we could release a game update every six weeks. Some days, I had a lot of meetings to discuss what our players wanted, how we could make it happen and what we needed to improve. I organized brainstorms with the team to find the theme and features of an update, and then managed their tasks and provided feedback to make sure everything was as good as we could make it.

I'm a fan of The Sims, and so is my little sister. It felt special—and a bit daunting—to become a part of something we grew up with. I really didn't want to mess it up!

The good thing about working on a game that has regular updates was that if we did mess something up, we could fix it six weeks later. Thankfully, that rarely happened. We listened to our players and did our best to meet their expectations.

Before this, I worked on games that didn't update after launch. That didn't allow us to adapt to what our players thought and keep adding more awesome elements to the experience. We had only one shot to get everything in and get it all right. 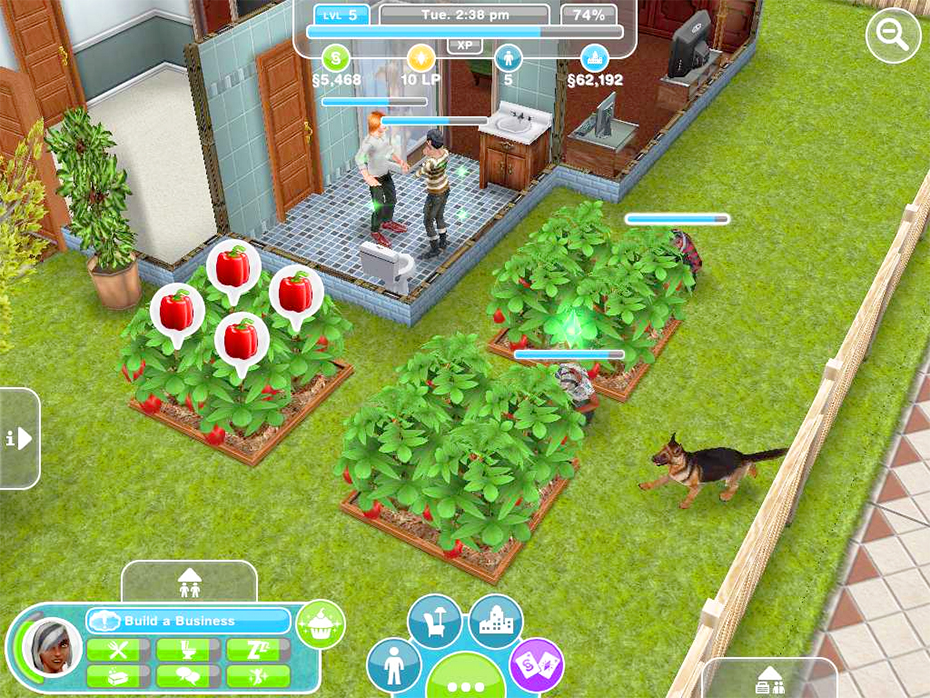 (via The Sims FreePlay)

SH: Tell us about how you formed Burning Glass Creative with co-director Brooke Maggs.

EP: Brooke and I ran into each other at a few game industry events. We discovered that we both enjoyed writing and brunch, so we decided to have a writing brunch. We tried that twice and didn't succeed. The first time, we talked about writing, and the second time, we founded Burning Glass Creative. We were both ready for some new challenges.

Brooke and I are equal partners, so we share the responsibilities of running the business. We also each have a focus area we're responsible for. Mine is our game development services, and Brooke's is our training services.

I spend my time talking to game studios to see how their projects are going and if they need help. If they do, Brooke or I provide game design, narrative or management support to their team. 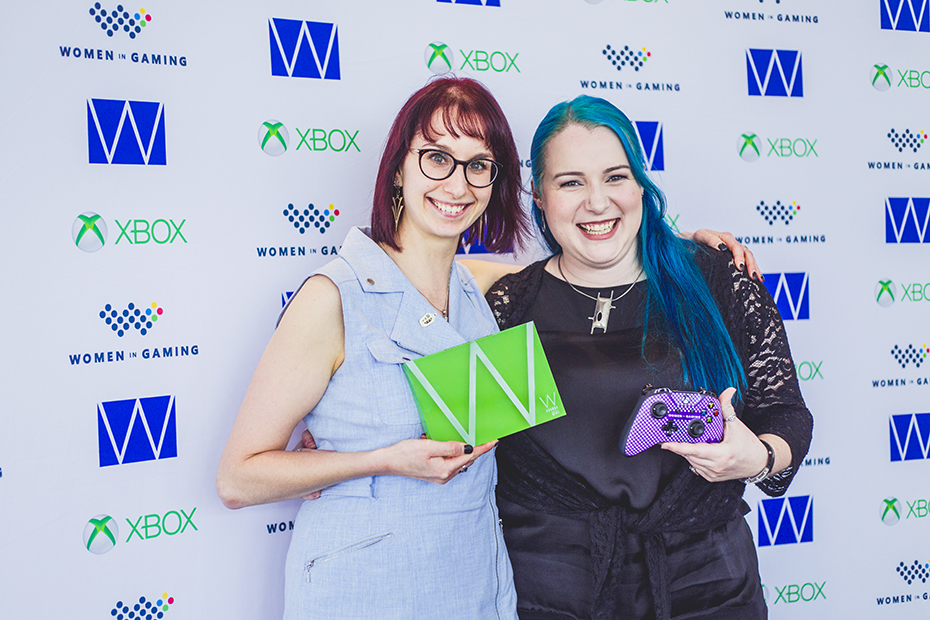 SH: Why is being in a creative role so important to you? What advice do you have for aspiring game designers, both in terms of career and for staying creative?

EP: The simplest answer is that I need it. Some creative people like having a repetitive day job because it allows them to think and be creative in their spare time. That's not me. I feed on creativity, so the more creative I am in my job, the more creative I am outside of it, too. I'm miserable when I'm not creating, so there's really no other choice for me.

Some game designers have an artistic background like me. Others have a technical background, such as coding. A strong team has diverse designers because we find better solutions when we don't approach problems the same way. If you want to make games, find the thing about games you feel the most passionate about and learn how to do it well.

There are a lot of ways to practice your game designer skills now. You can be the game master for tabletop role-playing games like Dungeons & Dragons. You can experiment with game making tools like RPG Maker, Construct 2 and Twine. Most of them have a free version.

When I started, games were a "boys' thing." I'm glad I didn't let that stop me. Now, half the players are female, and there are more and more women creating games. You can, too!

If you loved reading about Émilie's work, click HERE to read our interview with Burning Glass Creative co-director Brooke Maggs.