Everything You Should Know About Singer-Songwriter and Actress Erika Tham

Erika Tham is an actress best known for her roles in the Canadian Nickelodeon musical comedy series, Make It Pop and the live-action film version Kim Possible.

However, that's not the only creative endeavor Erika has up her sleeve. She's now making the transition into music as a singer-songwriter and self-trained pianist, and music has influenced a brand new creative freedom for her.

Erika recently released her stunning debut single "Admit It," which will be featured on her upcoming EP, featuring three original songs. Erika is definitely a girl to keep your eyes on, so keep reading to find out why we made her our Woman Crush Wednesday. 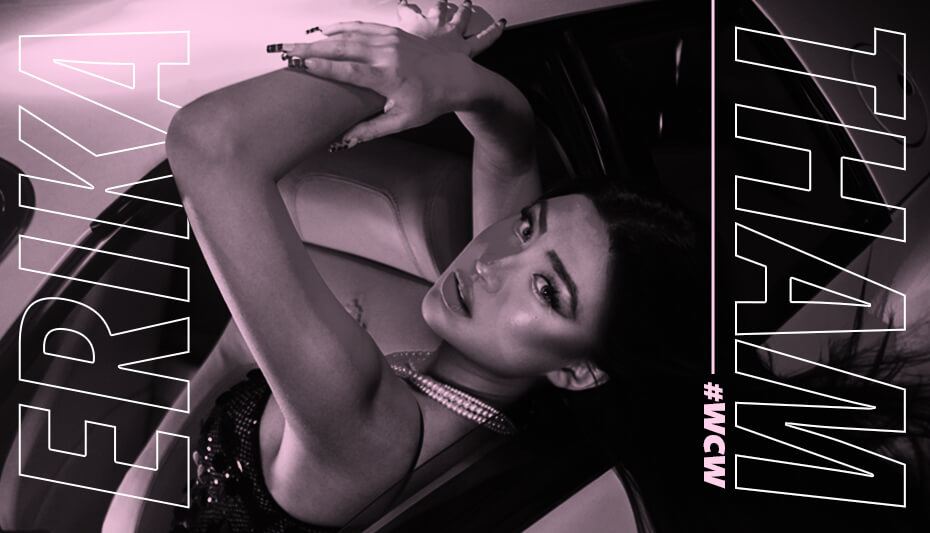 Hometown: "This one's tough! I grew up in Asia but moved around a lot. I live in Los Angeles, California now, but America is the eighth country I've lived in."

2. When she's discouraged, she surrounds herself with the people she loves.

"I have some of the best friends a girl could ask for and they are my rocks."

3. She uses the white heart emoji more than any other emoji.

4. The Disney character Erika relates to the most is Mushu from Mulan.

5. The movie Hachi always makes her cry—but it's just one of many examples.

"But honestly anything where something sad happens to an animal."

6. Her favorite thing about herself is her work ethic.

"I have the biggest sweet tooth!"

9. Erika can be both a morning and night person.

"Naturally I'm such a morning person but work has made me more of a night owl!"

10. She says she isn't great at texting people back, but wants to get better at it.

11. Erika loves being an actress and artist.

"I love what I do so deeply and I truly hope it brings my fans, so much joy."

Want to discover more talent? Click HERE to find out why we made singer-songwriter Thomas Headon our Man Crush Monday.