Everything You Need to Know About Squid Game's Dalgona Candy

With its bewitching yet bone-chilling premise and its scathing commentary on capitalist society, the show is one that sticks in your head for all kinds of reasons, and once you start the show, it can feel nearly impossible to stop. It's also spawned some instantly recognizable imagery, from the green tracksuits to the circle, triangle and square symbols, but the one thing we've been seeing ever since the show's release is crispy dalgona candy, embedded with various shapes.

In the series, the characters compete in a game where they must safely remove the shape in the center of their dalgona without breaking it, or face death. But what exactly is dalgona candy, and why was it chosen for this deadly game? Keep reading to find out everything you need to know.

What Exactly Is Dalgona?

Dalgona is a Korean honeycomb candy with a buttery caramel flavor and a crunchy, almost spongey texture, which usually comes stamped with a shape in the center. Dalgona itself is a slight variation on the Korean word dalguna, which translates roughly to "it's sweet."

Beginning in the 1960s, when sugar became less scarce in the country following the Korean War, it became commonly offered by vendors as street food. It was targeted mainly to children, with many vendors setting up shop around schools and family shopping areas. However, dalgona proprietors have become much less common over the last couple of decades, which is why many adults now consider it a nostalgic food. 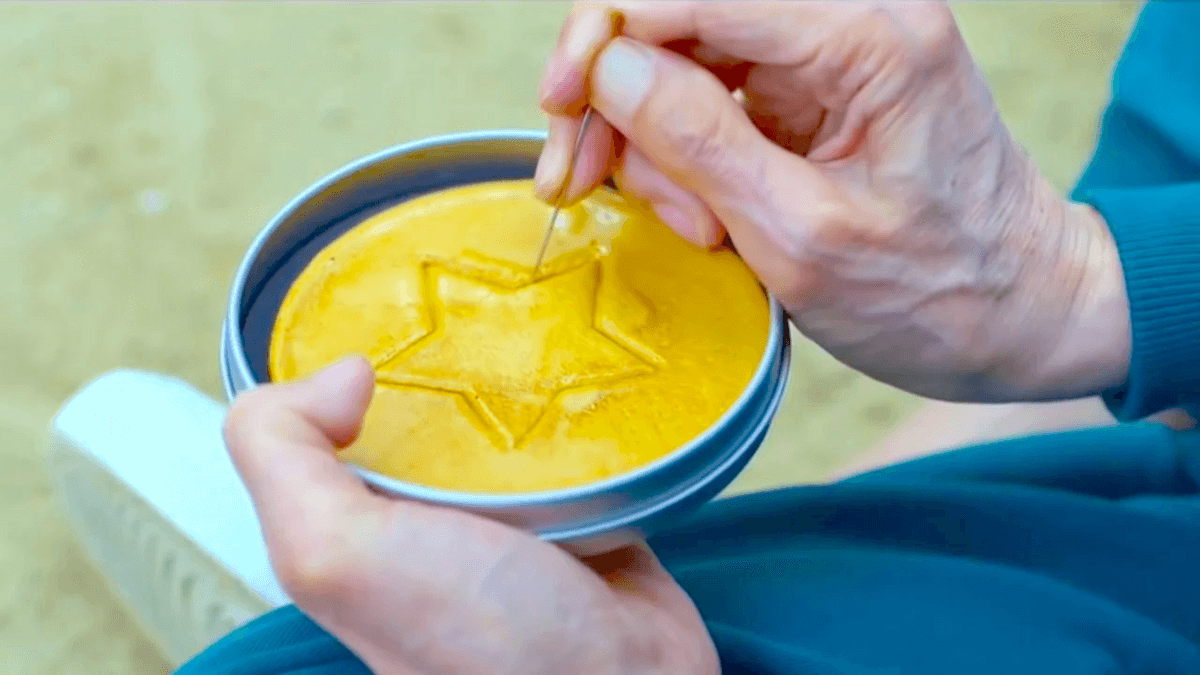 So where exactly did the idea for the dalgona game in Squid Game come from? At the height of the popularity of the snack, this game, called ppopgi, was actually a regular part of enjoying your dalgona.

Essentially, schoolchildren would buy their inexpensive dalgona (featuring circle, triangle, star and umbrella shapes, just like in Squid Game) and use a needle to attempt to free the stamped shape in the center without damaging it. At many vendors, if you could manage this feat perfectly, you'd get yet another dalgona for free! This made dalgona an extra appealing candy. Not only was it packed with sugar, but you could double your investment if you managed to win the game. Hwang Dong-hyuk, who both wrote and directed the show, said that, as a child, he would lick the candy to improve his odds at winning and score free dalgona—which is a strategy employed by the main character Seong Gi-hun to free the tricky umbrella shape from his sweet.

While many of the characters presumably had plenty of practice playing ppopgi, the stakes in their game are entirely different. It is the most messed-up version possible of a childhood classic, which makes it fit in perfectly with the rest of Squid Game's big events. 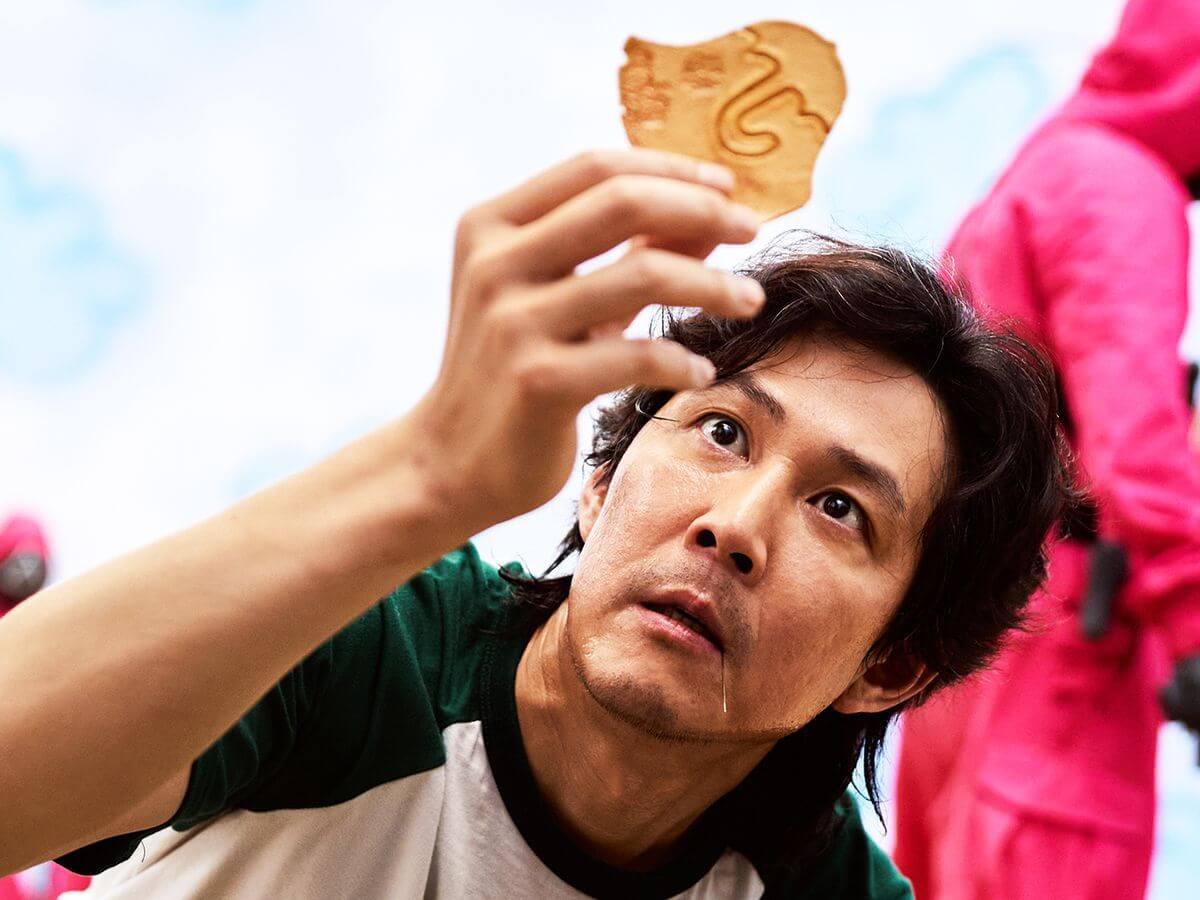 How to Make Your Own Dalgona at Home

Watching the ppopgi game play out in Squid Game is all kinds of stressful, but lucky for all of us, that pressure to win isn't something we have to contend with in real life. In fact, indulging in a sweet treat can be a nice break from reality—and the game within it is just an added bonus!

And you actually don't have to look too far to find recipes everywhere—including TikTok—but based on what we've seen, this one by @misojenkitchen seems to work the best. Watch the video and follow the steps below!

While this creator doesn't give any tips on surviving ppopgi, at least you'll be able to get plenty of practice at home and follow along with the strategies from the show. You can also buy kits online, like this one, which includes everything you need to make perfect dalgona, minus the sugar and baking soda.

Where to Buy Dalgona Online

Because not all of us are great in the kitchen (or trusted over the stove with melted sugar), you can also simply buy dalgona candies online. Amazon has manufactured 10-packs available of the sweet treat for $11.98 HERE, while Etsy user SweetIndulgenceUS is selling four pieces of handmade dalgona in the Squid Game symbols for $18 a box HERE. We're half-tempted to order some right now to see how we fare in the game! 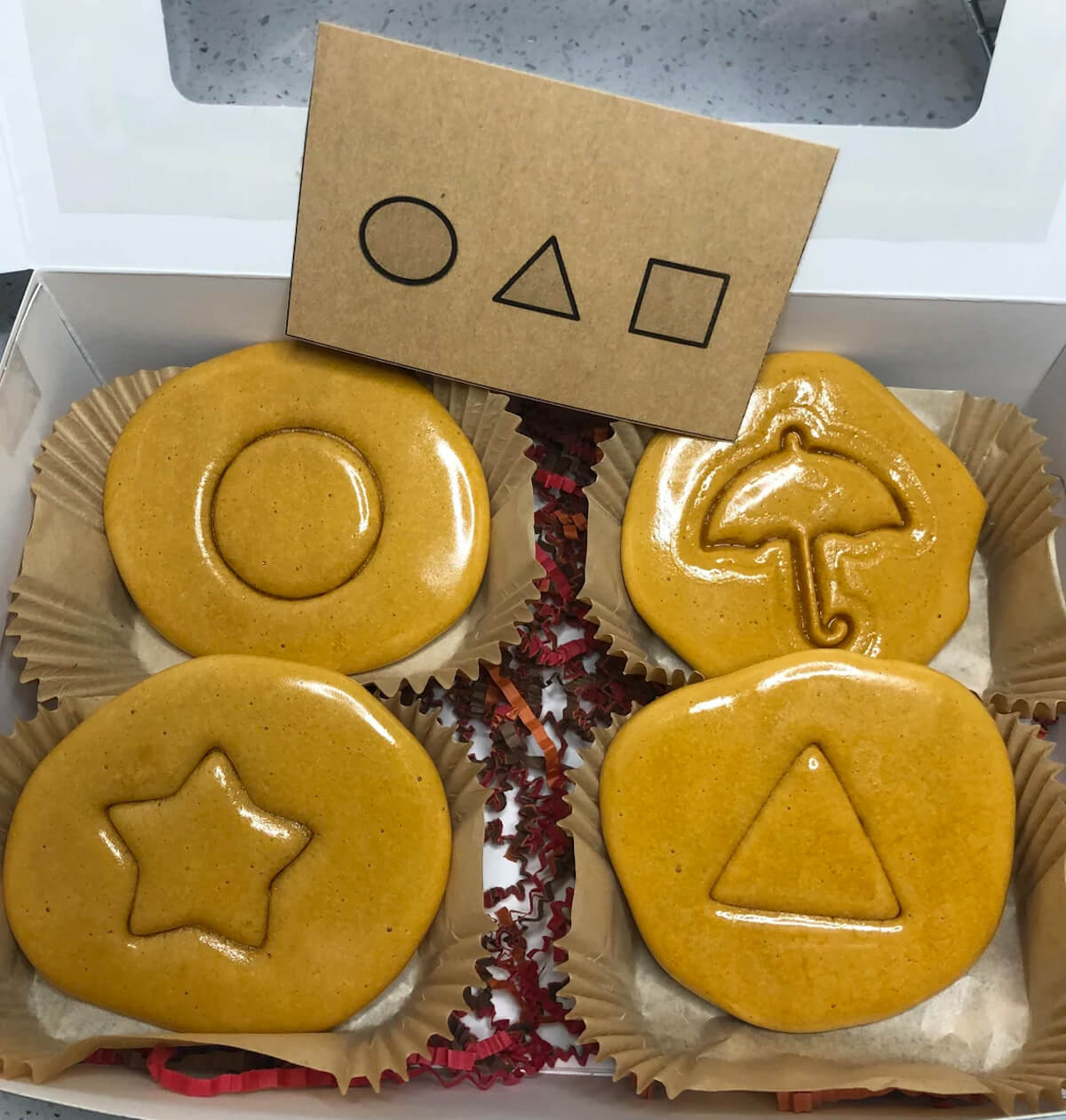 Can't stop thinking about the series? Click HERE for the best Squid Game quotes to use as thought-provoking Instagram captions.