On the surface, classic fairy tales about princesses finding their Prince Charming can seem utterly perfect. Dig a little deeper, however, and their endings aren't always happy ones.

That's what Dr. Anne Beall, PhD, discovered in her team's research into the Brothers Grimm's fairy tales. She's the CEO and founder of Beall Research and the author of Cinderella Didn't Live Happily Ever After, and she contends that the stories set some pretty unhelpful standards for women. We got the chance to ask her all about her findings.

Why should you stop waiting around for your Prince Charming? Keep reading to find out.

Sweety High: What inspired you to analyze Grimm's fairy tales to look at the relationships within them? What were your methods, and what did you find?

Anne Beall: I've always been interested in fairy tales and I recall picking them off my bookshelf one evening to escape a bad day. As I was reading them, I realized they have a lot of lessons that can be applied to modern life. I decided to analyze them in depth to uncover the major messages in them. My firm, which is a research company, analyzed the 169 Grimm's fairy tales that have human characters—the other 31 do not. The Grimm's collection comprises the most beloved fairy tales such as Cinderella, Snow White and Sleeping Beauty.

We analyzed who has power, who is good versus evil, who suffers, who marries royalty and why, who has agency and what emotions are expressed by different characters. We had more than one person analyze each story for each of these attributes and then we tabulated the data and ran statistical analyses to determine if the differences were statistically significant. And to be honest, I was surprised with what we learned. 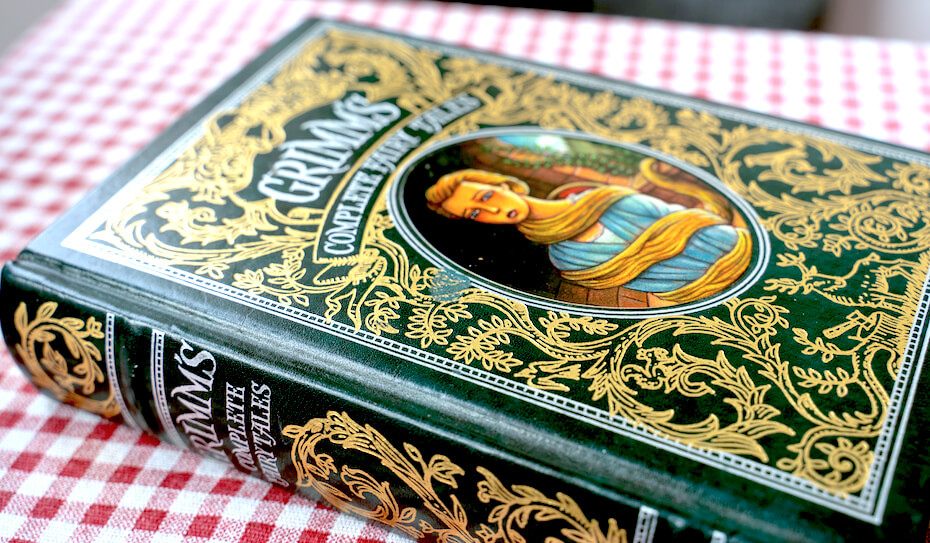 SH: What are some of the negative messages you've found again and again in fairy tale relationships?

AB: The major negative aspects of fairy tales have to do with the messages they impart to women about equality, what makes a woman desirable, power and what life is like after marriage. Let's talk about equality first. What is implicit in many of these stories is that the romantic partners are not equal in power, agency or status. For example, Cinderella brings her good looks and a kind heart to the relationship, whereas the prince brings wealth, power and a high-status position. And when two partners aren't equal, the one who brings less to the relationship typically has less power.

The next message is about what makes a woman most desirable as a mate. If we analyze the reasons that women marry their prince charming, most of the time it's simply because they're beautiful. In contrast, men who marry royalty typically do so through feats of bravery and their intelligence. Thus, fairy tales tell women to focus on their appearance and tell men to focus on being smart and brave.

Last, male and female royalty are differentially happy after the wedding is over. Queens are the characters who tell us the clearest story about what it's like being married to royalty. The most common emotion they express is sadness (41%). They cry more than any other character. In contrast, the most common expressions that kings and princes express is happiness. Approximately 41% of kings' expressions and 56% of princes' expressions are happy ones. That's not surprising given that these two characters have agency and power. They can control their lives and have an impact on those around them. 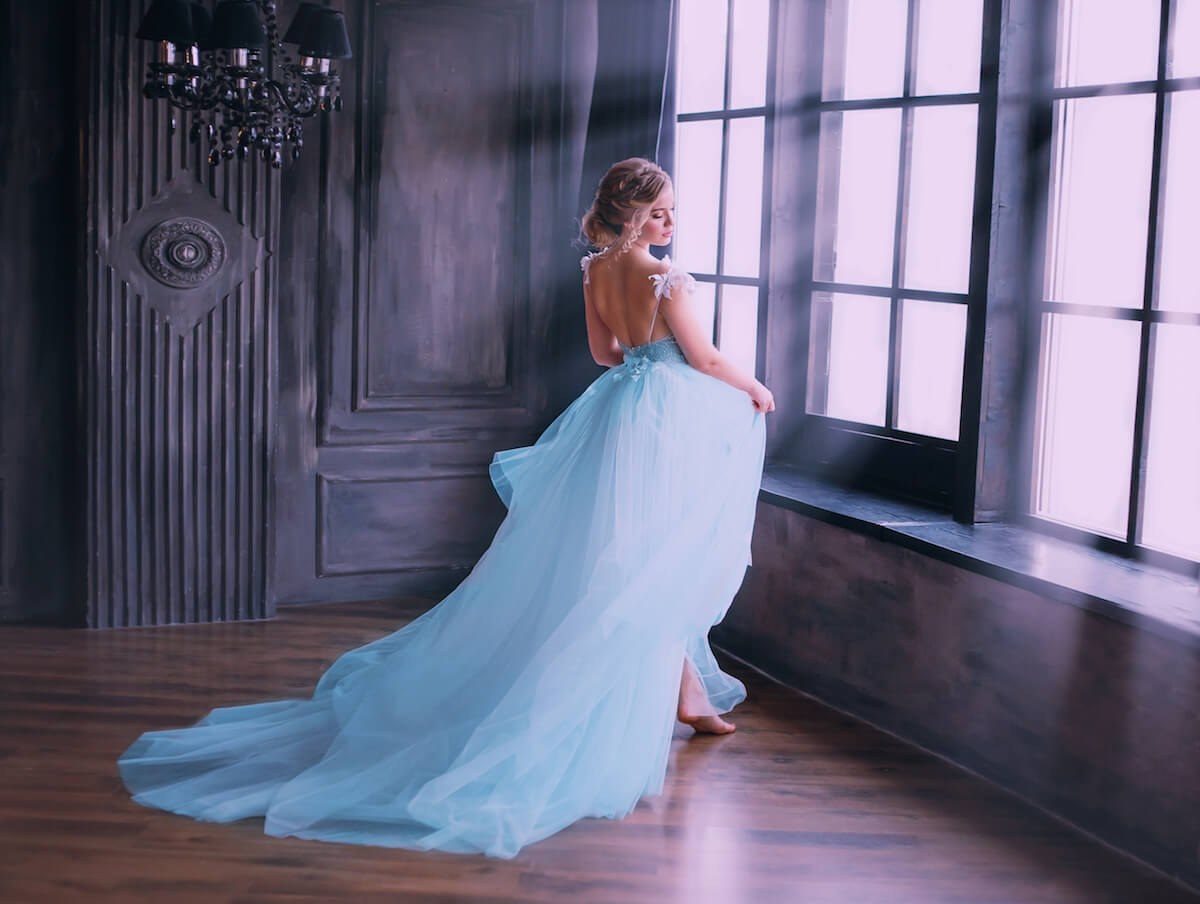 SH: Do you feel like these points translate to real-life romance? How?

AB: I think that when we encourage women to marry their prince charming, we're encouraging her to find a man who has higher status and greater wealth than her. What we're encouraging men to do is to marry a woman who brings less to the relationship than themselves. And these differential resources encourage men and women to enter a relationship where the woman has less power and control over her life than the man. We're also encouraging women to focus on their appearance in order to find a mate. That's such a superficial message.

SH: Were there any messages that you saw as positives in fairytale romance?

AB: There are some female characters in fairy tales who are agentic and who challenge current gender stereotypes, which is refreshing. For example, in The Glass Coffin, a woman rejects the advances of an evil suitor and tries to shoot him. In Fitcher's Bird a woman outwits a wizard who kidnaps her and alerts her relatives, who then set his house on fire. In The Twelve Huntsmen, a woman is jilted by a king so she and eleven other women (who look like her) join his group and hunt alongside him until he recognizes her and fulfills his original promise. And in The Peasant's Wise Daughter, a poor, smart girl marries a king, but angers him. He decides to banish her from his kingdom, telling her she can take the one thing dearest to her. She drugs him and he awakens in her home, where she tells him she took the one thing that mattered most to her: him. He forgives her and they reconcile.

SH: What do you think we can gain when we stop waiting around for our Prince Charming and create our own "happily ever after"?

AB: When we stop waiting around for our Prince Charming, we can focus on the things that make us happy and create the life we want for ourselves. We will become a more interesting and fulfilled person who is more likely to draw in a man who is looking for a woman who is more than just a pretty face. I recommend creating the life you want and then drawing in the prince who will add as much to your life as you add to his. You will be on equal footing and will have equivalent control and power in the relationship. 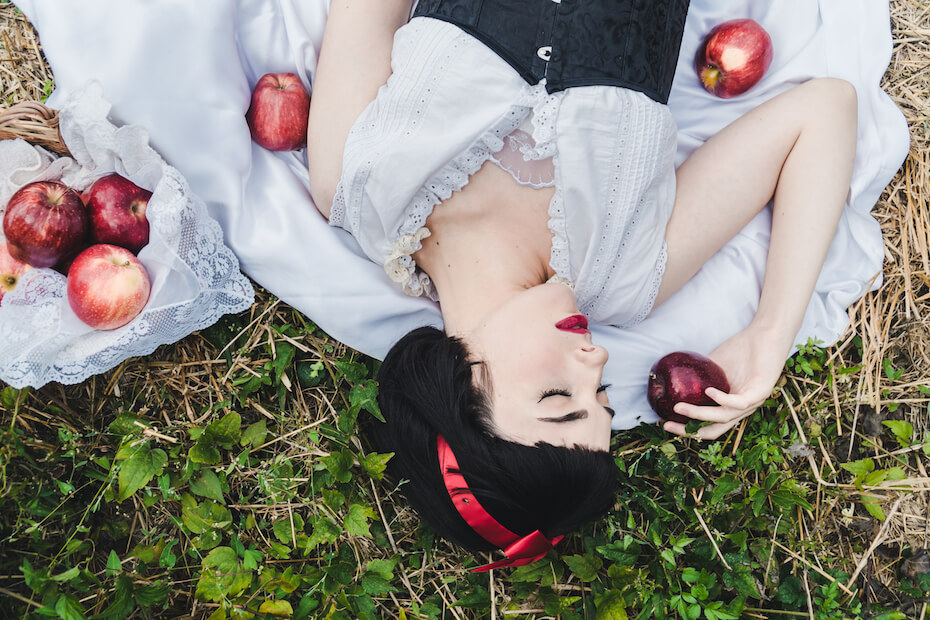 SH: What else do you think is important to understand about fairy tales?

AB: I'd like to add that I'm not against fairy tales at all. I enjoy them to this day and don't believe we should stop reading or enjoying them. However, I think that we need to see the implicit messages in fairy tales, particularly the most beloved ones like Cinderella. When we see these messages, we can determine which ones we want to internalize, and which ones should continue to reside only in fairy tale land.

Love fresh takes on classic stories? Click HERE to read what we thought of The Princess and the Fangirl, a fairy tale retelling with a modern (and geeky) twist.