Since Secret Society of Second-Born Royals premiered on Disney+ on Friday, Sep. 25, we haven't stopped thinking about it.

The movie is the perfect meeting place of sci-fi, fantasy and superheroics, and did we mention it also has an undeniably great cast? In the film, Faly Rakotohavana plays Matteo, a shy overthinker with some uncanny superpowers.

We got the chance to catch up with him before the film's release to find out all about the young man behind the character, and here's everything he shared with us. 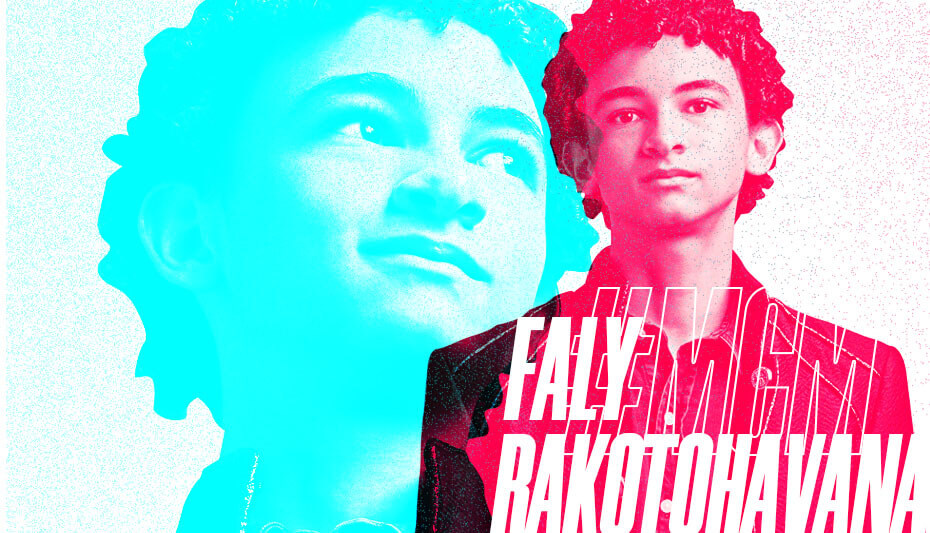 Hometown: Antananarivo, Madagascar (Though he currently lives in Los Angeles)

1. If Faly could live in any fictional world, it would have to be the Star Wars universe.

"I would want to live in a galaxy far far away. Living in the Star Wars galaxy sounds like a never-ending adventure—an adventure that I want to be a part of."

2. His favorite-ever fan encounter happened at Universal Studios, when he got recognized as Miles from Raven's Home.

"I had just gotten off the Minions ride, and then all of a sudden a whole bunch of kids came up to me and asked to get pictures with me. It was such a crazy experience because no one's ever asked to take pictures with me, so I think I ended up being more nervous than they were."

3. He says that nothing makes him smile like seeing his friends every weekend after a long week of school.

4. The best concert he ever went to was seeing Rex Orange County with friends.

"It is one of the only concerts I've ever been to, so I don't have much to compare it to, but I enjoyed screaming all of the lyrics to all of the songs with my friends. We woke up the next morning with no voices!"

"I just re-downloaded Black Ops 2 for the nostalgia. I've been enjoying that game, but my all-time favorite game on PC is Mortal Kombat 11."

6. Though he doesn't know a lot about astrology, he thinks his Taurus zodiac sign is relatively accurate.

"I think Tauruses are supposed to be pretty stubborn, and if that's true, then that's a pretty solid description."

7. The Lion King is his favorite Disney movie.

"That film had the best soundtrack ever created. "Hakuna Matata" is my life motto, and there were a lot of moments in the film that have stuck with me. I've had trust issues ever since I saw the scene between Mufasa and Scar."

8. The Perks of Being a Wallflower film had a massive impact on his life.

"Ever since I saw that film, I've always thought twice about how my actions and words can affect the people around me. You never know what is going on in someone's life, so always be kind and be the light that people need in their lives."

9. He wishes he could have lived through the '90s.

10. Above all, Faly is open to trying to new things.

"I love to travel and go on adventures. I want to grow old without having to regret all the things I never did. I'm going to be living my best life."

Loved the movie? Click HERE to find out everything you wanted to know about his costar, Noah Lomax.