How I Survived the Passing of My Childhood Pet

On Christmas Eve when I was eight, I was sitting with my little brother in his bedroom watching cartoons, when suddenly the door swung open and my parents came rushing in with mixed expressions of surprise and giddiness.

They shoved a large FedEx envelope towards us saying, "Look what just came in the mail!" The envelope was addressed to us both, with a return address that read THE NORTH POLE. Inside was a note from Santa's elves telling us that a Christmas surprise was waiting in our parents' bedroom.

Oh yes, we were about to receive the gift of a lifetime.

My brother and I ran as fast as we could to our parents' bedroom. At first we didn't see it. We didn't know what to look for and our eyes were bouncing from floor to bed to dresser. And then there she was: our little puppy practically blending in with the carpet. She had on a bright red collar and matching leash. Her tail was wagging so fast. She was our perfect Golden Retriever puppy. We named her Bailey. 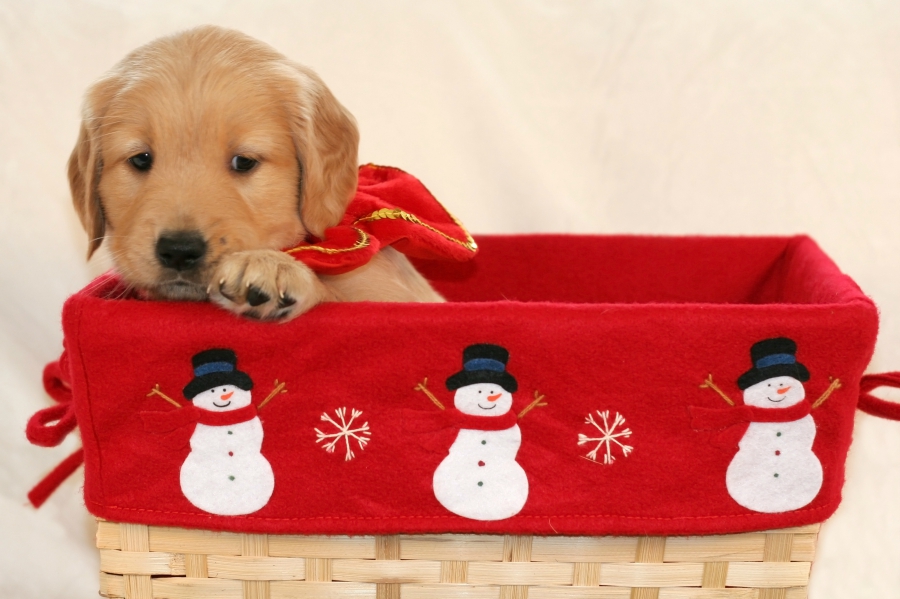 Bailey stayed small for a Golden, making her seem a lot younger than she was. She was shaggy and scrappy and would nuzzle your hand until she got a good long behind-the-ear scratch.

Her fur was a shiny deep shade of auburn, but as she got older her snout and face turned white. Even after her fur turned white people question her age. "One or two years?" they would ask. It made me so happy that everyone thought she was a puppy. Maybe it was because I was seeing the signs of her grandma-hood. I thought, if they can't see it, it must not be real.

But then I started to notice a limp in her walk, which evolved into a difficulty getting up the stairs, which finally ended in her inability to get back down the stairs.

Bailey usually preferred to sleep in my bedroom at night. My room was upstairs and all the way at the end of the hall. But one morning my brother and I heard a nervous patter of paws at the top of the stairs and found Bailey rocking backwards and forwards at the top, trying to find the strength to step down.

My brother ran to the top and picked her up. Even though she was small for a Golden, she was still a big dog and his grip on her was awkward. When he brought her down she was shaking from head to tail. I scratched her sides quickly, telling her, "Good girl, Bailey! You're such a good girl!" while my brother held her head somberly, pressing his nose to hers.

I snapped at him, saying he was scaring her and I told him we needed to make her feel happy again. We started yelling at each other. We were scared, maybe even moreso than Bailey, but we couldn't confront the real issue yet.

That was the last time Bailey slept in my room with me.

Bailey's health deteriorated quickly after that. We could tell she was in pain every time she tried to stand up, which had become a struggle in itself. It was time to say goodbye to Bailey.

It was summer and my best friend Bonnie* was taking me on a long-weekend trip to see some friends up North so that I wouldn't be home for my parents' fateful trip to the vet. Monday would be Bailey's last day with us, but I was saying my goodbyes on Friday.

Even though I spent the entire day at home with Bailey I couldn't bring myself to look at her until Bonnie texted that she was on her way to pick me up. Suddenly I felt time moving too quickly. I cuddled Bailey closer than ever before, holding her head and petting her soft ears. I dreaded the second text from my friend saying, "Here!" 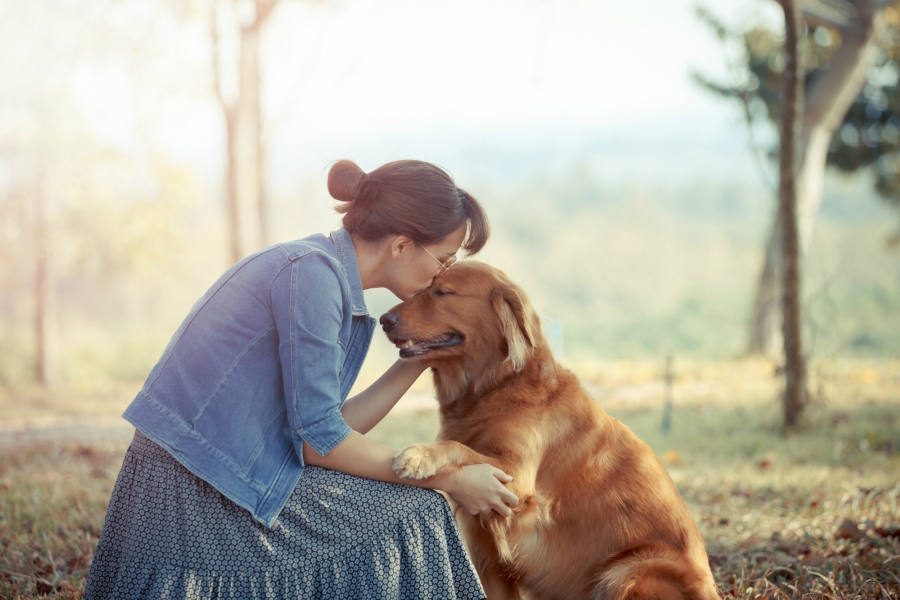 As I held her I started to cry so hard that the top of her auburn and white-peppered head was doused in tears. She felt like my sister, my best friend, my partner in crime. It felt like I was saying goodbye to a piece of myself.

Bonnie must have been waiting outside for a while because when I looked up she was standing in front of me, telling me it was time to go. I had missed her 'Here!' text 20 minutes ago.

I couldn't believe the words as they slipped through my tear-soaked lips, "Bye Bailey. I love you forever."

The Next Few Days

The car ride heading to our weekend getaway was filled with lots of lip-synching and laughter. Bonnie was miming gestures along to Spice Girls lyrics and looked so ridiculous that I couldn't help but burst out in giggles. I scream-sang along with her through the entire album.

Even though I wanted to wallow in my sadness, my friends made sure to keep my spirits high. We played all sorts of games like "Would You Rather" and "Manhunt" and had so much fun I nearly forgot my sadness–nearly.

Nights were the hardest because everyone was in bed and there was no one to keep my thoughts on other things. These were the times I cried, forgetting every moment she annoyed me with her neediness, and remembering her huge smile and particularly good dance moves. 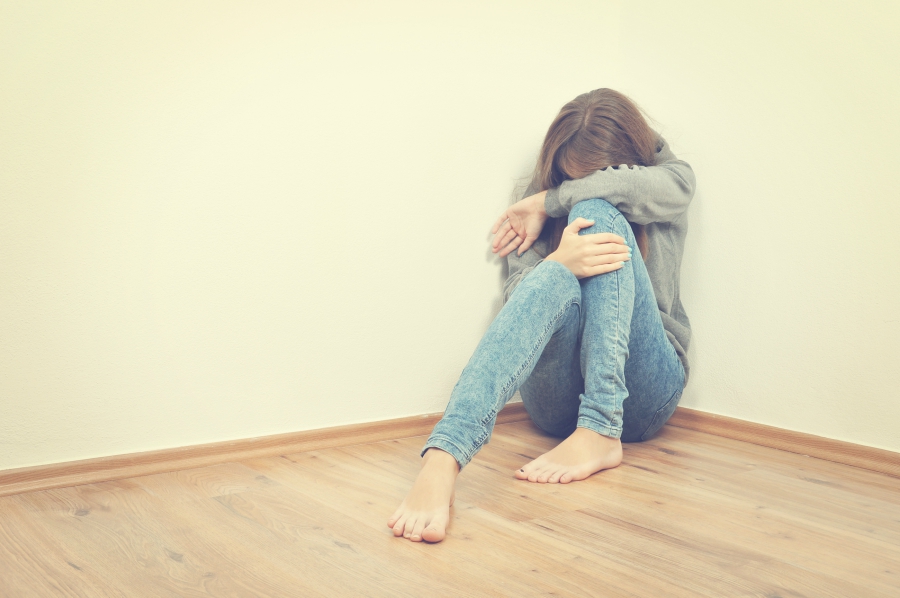 It took me a really long time before I stopped expecting to see Bailey waiting for me at the window next to our front door. She always knew the second we got back home and would stand at the long narrow window, wagging her tail and smiling, as we walked up the driveway.

Eventually the window was just a window again. I forget–until I recall an old memory–that it used to be her spot.

Recently I was watering the flowers in the backyard with my mom when I noticed a neon green softball nestled in dirt behind a tree. My mom told me that it had been Bailey's ball. Whenever we would take her for walks she would find stray balls in bushes by the high school where they had been hit out of the field.

Usually Bailey would drop the ball soon after finding it, either for a different one or just because she was bored of it. On very rare occasions they made it all the way home with us. This neon green softball was one of the lucky ones. My mom told me that she's never moved it, and that every time she waters the flowers she thinks of Bailey. 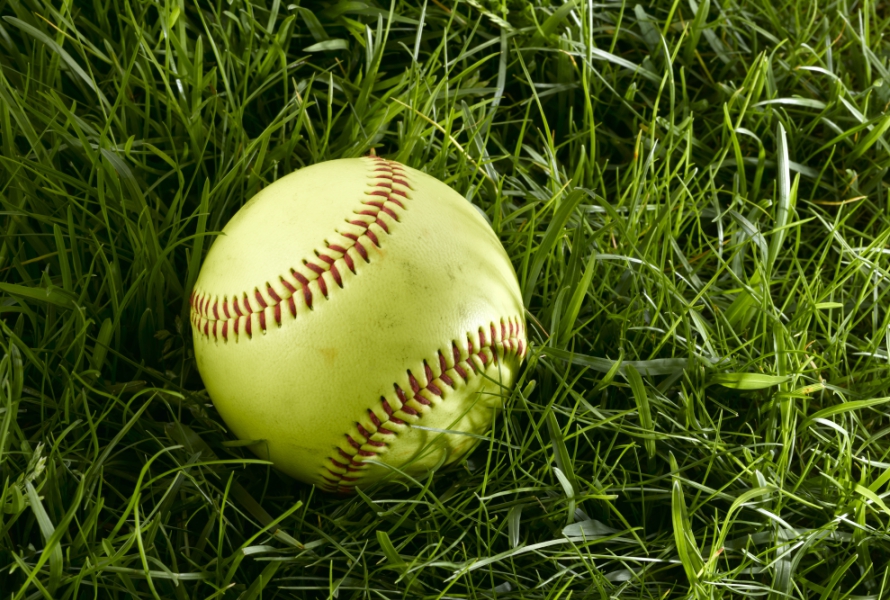 Saying goodbye to Bailey was one of the hardest things I've ever had to do in my life. But the times I had with her are some of my fondest memories. Even though it hurts to say goodbye, I'm so lucky to have had both the good experiences and the bad. And now, thanks to that stray neon green softball, we'll always have a part of her at home.

It's certainly difficult to lose a pet, especially because they become your best friend. But have you ever wondered what it'd be like if you lost your human BFF? Read one of our writers' take on her bestie leaving her for a different clique HERE.