What Your Favorite Era of Taylor Swift Music Says About You

While her Grammy-winning songwriting talent and prowess for performing has cemented her place among pop's brightest stars, the thing that has made Taylor Swift thrive as an artist for over a decade is her ability to always bring something new to the table.

While Taylor admitted she has a complicated relationship with reinvention (she spoke about it in her Netflix documentary Miss Americana as something that women artists, more often than men, are tasked with in order to stay relevant) she has nonetheless created interesting chapters of her music career, each with its own style, attitude, and statement. 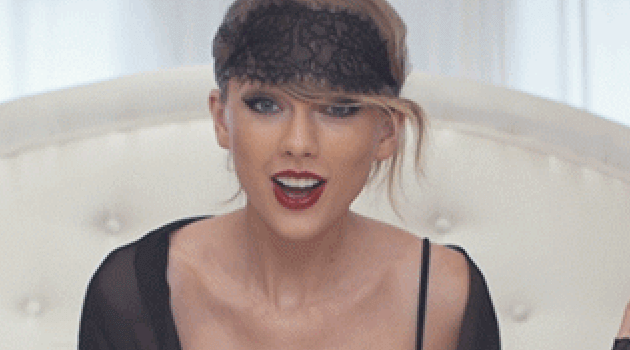 If you're a Swiftie, it can be hard to pick your favorite era—after all, each boasts at least one standout moment that could be the highlight of the singer's entire career. However, there's likely one that just speaks to you, because that, above all else, is what Swift does best: connect with fans through music.

Your choice of favorite Taylor era says a lot about you, too. Pick your favorite and see what it reveals about you.

Taylor's self-titled album features romantic tracks like "Tim McGraw" and "Teardrops on My Guitar" but also angrier hits including "Should've Said No" and "Picture to Burn." Taylor was definitely a wide-eyed country girl during this era, wearing prairie dresses and her hair in loose curls. It was just the beginning!

If this is your favorite era, you're a person who gives their absolute all in love and friendship, and expect the same respect and loyalty in return. You give the best birthday presents and are also totally down to play a prank on your friend's cheating ex if the moment calls for it. Some may say you're a little dramatic at times, but you prefer the term "passionate." 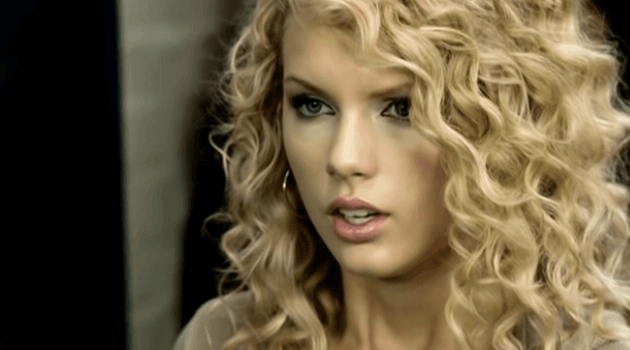 ("Teardrops on My Guitar" via Big Machine Records)

ALSO READ ABOUT: 50 TAYLOR SWIFT SONG LYRICS TO USE AS INSTAGRAM CAPTIONS

Taylor's second album, the Grammy-winning Fearless, features hits like "Love Story" and "You Belong With Me."

If this is your favorite era, you likely kept a diary that no one else could read—though you kind of secretly wished that you were brave enough to slip a poem you wrote in your crush's locker. Your favorite movie is The Notebook and, much like Taylor and her passion for the number 13—which really came alive during this era—you don't believe anything is a coincidence. 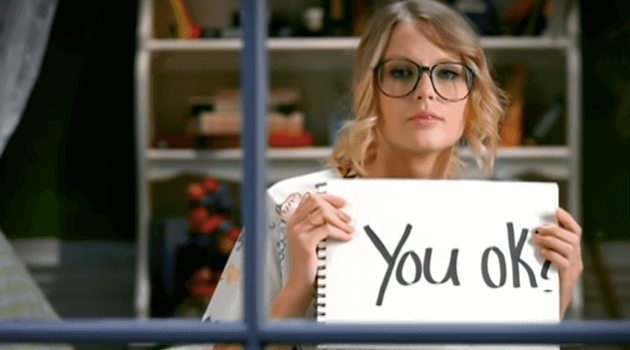 ("You Belong to Me" via Big Machine Records)

This album features songs like "Dear John," "Enchanted," "Long Live" and "Back to December."

If you still love the Speak Now era, you're the person your friends go to for advice. You have a clear perspective on your past, and while you personally may not forget how people have hurt you, you know you'll be better off to let your little grudges go. You also cry at every wedding and graduation. 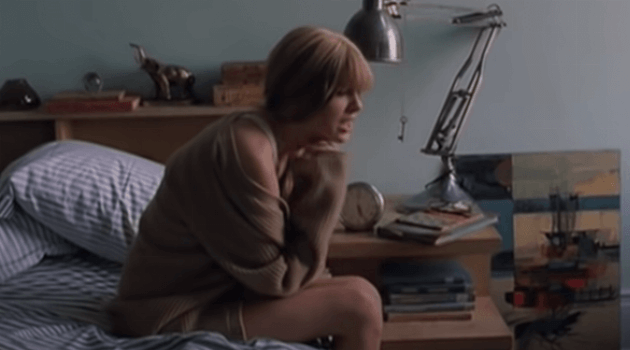 ("Back to December" via Big Machine Records")

This album features tracks such as "We Are Never Getting Back Together," "I Knew You Were Trouble" and "22."

If Red is your favorite era, you're the fun one of your friend group. You love to organize weekend trips and big group dinners, and always have the best stories to share. You delete someone's number as soon as you break up, and never reach out again—though you do, on occasion, borrow your friend's phone to scroll through their Instagram. Just like, to see. 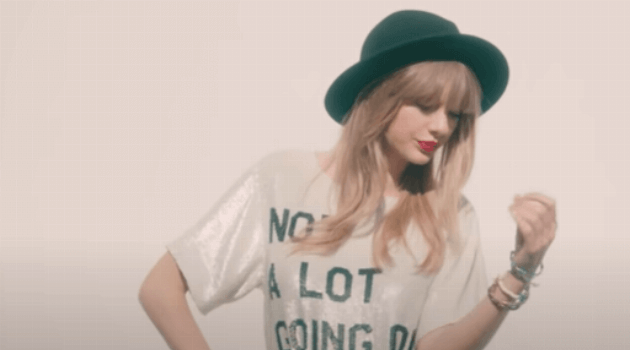 Taylor won the Grammy award for Album of the Year again with 1989. This era included the introduction of her so-called "squad," made up of stars including Karlie Kloss, Gigi Hadid and Cara Delevingne. Songs include "Blank Space," "Out of the Woods" and "Shake It Off."

If 1989 is your favorite Taylor era, you likely have big city dreams. You love shows like Sex and the City, not just for the New York glamour but because you crave a friendship as tight-knit. You're excited about the future and have ambitions to make it as awesome as possible. 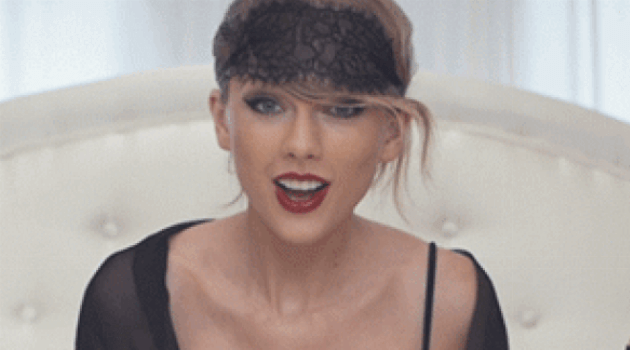 reputation is Taylor's moodiest album to date, with hits like "Look What You Made Me Do" and "…Ready For It?" Swift, famous for her ultra-feminine style, tried on an edgier aesthetic in this era, which included dark lipstick, black hoodies and lots of snake imagery.

If reputation is your favorite Taylor era, you proudly identify as a Slytherin. You never want drama, but you're not afraid to clap back at someone if they're truly stepping on you or your friends—and you'll do it well. You are loyal to the people in your life that have always been there, but are happy to cut out anyone who isn't serving you. You're more protective of your heart than some, but that makes you a very good friend for people to have by their side. 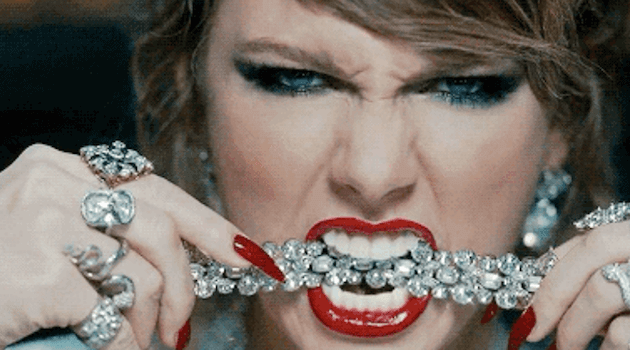 ("Look What You Made Me Do" via Big Machine Records)

Swift's Lover album includes songs such as "You Need to Calm Down," "Death by a Thousand Cuts" and "Cruel Summer." Following reputation, this album was a rainbow after a storm, and its aesthetic featured hearts, butterflies, and pastels.

If Lover is your favorite Taylor era, you are an optimist who believes that everything will work out in the end, no matter how dark times currently are. You bake cookies when you're sad and live for long phone calls (never FaceTimes) with friends. You are also passionate about standing up for what you believe in, but come at it from a place of wanting more kindness for all. 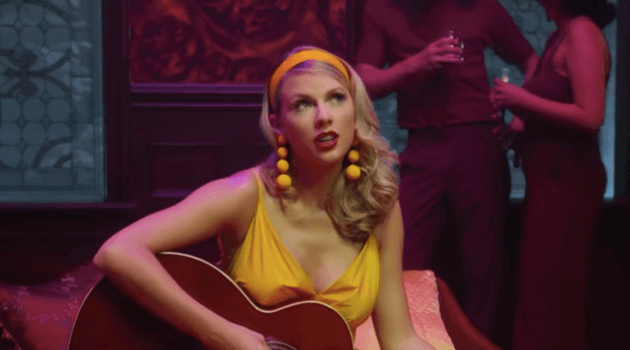 Taylor shocked fans by dropping folklore, an indie and pop album that featured collaborators including Bon Iver and The National. She then shocked fans again with its sister album evermore months later. Both feature a cottagecore aesthetic and focus on fictional storytelling rather than Taylor's typical, more personal lyrics.

If this is your favorite era, you're likely a creative person who lives for great books and quality TV. You don't mind being in your feelings and will cry during the sad part of any movie. You love getting cozy inside during winter and appreciate traditions way more than most people you know. 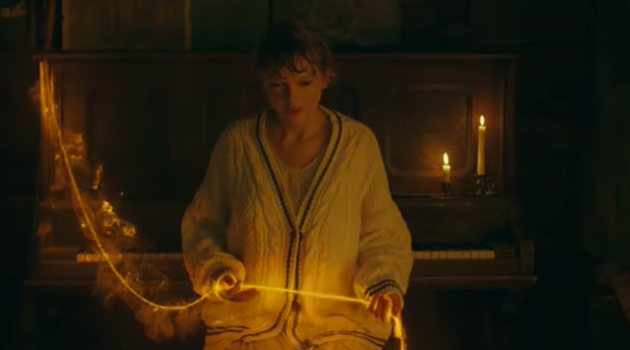 Want to read more about Taylor Swift? Click HERE to read a ranking of the best songs on folklore.