If You've Ever Dated Someone You Shouldn't Have, You'll Relate to THIS Song

Let's face it, we've all dated someone we knew we shouldn't have, but went against our intuition and did it anyways. Why? Well, because sometimes the heart just wants what it wants.

If any artist can attest to this—other than Selena Gomez, of course—it'd be pop singer Felicity. The singer-songwriter's latest tune "Pilot With a Fear of Heights" is all about this sort of situation, so you're sure to relate to it. 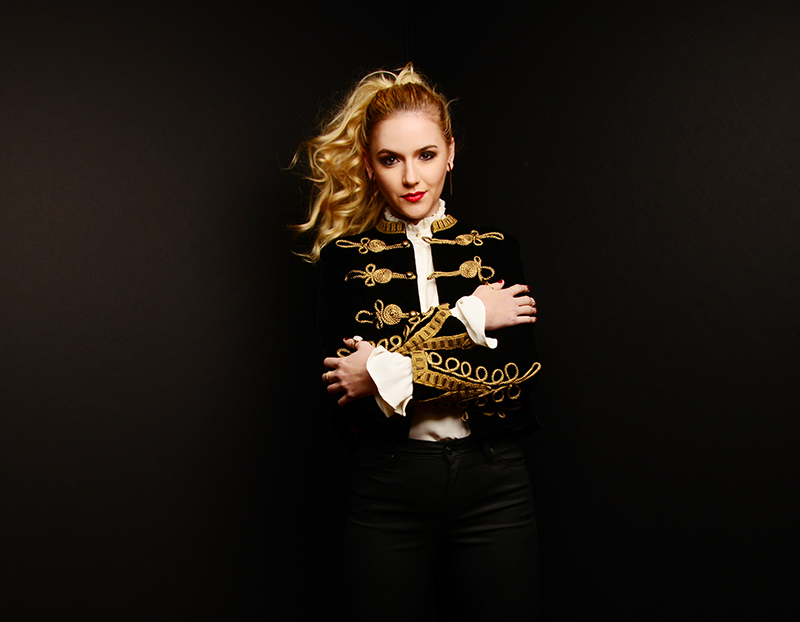 We chatted with your soon-to-be new fave musician about the inspiration behind her song, the hardest part about sharing her personal experiences with the world and what we can expect from her in 2017.

Keep scrolling to see what she had to say!

Sweety High: What does your song "Pilot With a Fear of Heights" mean to you?

Felicity: For me, personally, it was about somebody I was with at the time that I knew I shouldn't have been with, but was with him anyway. It's kind of about fear of destiny and the outcome that it can have. So it's like a pilot is destined to fly and be up in the sky, but if he's afraid of the height, he might not ever follow through with it. And that's kind of what the concept was for me. I was super afraid to be with this guy, because I knew he wasn't the best for me, but I was still with him because I wanted to be.

F: I like the bridge. I love the title. The concept is crazy to me. When I came up with it, I was like 'Oh my gosh!' It's super different. In the pre-chorus, there's this line that goes 'I've been looking at the skyline and our timeline, how we'll soon run out of both.' I just think that line's different and cool.

SH: What was your reaction when you finished writing the song?

F: I was just really happy to finish it! It was one concept among 60 other concepts I had, so it was kind of the one that bubbled to the surface when we tried a couple out. When we were finished, I was like 'I think we have something here.' It's a little bit left of center, because it starts out slow and then it breaks into this soft chorus and it becomes quite an uptempo song. I just got really excited about it, because I felt the lyrics were really meaningful and everything just kind of came together. 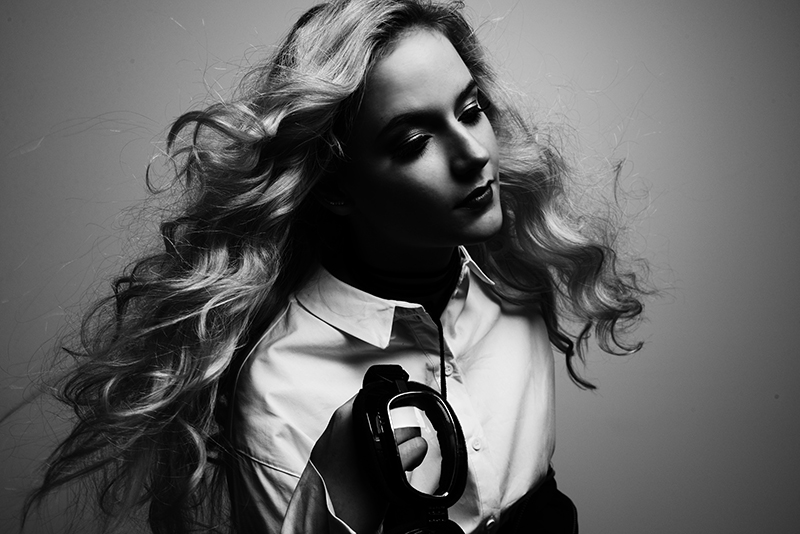 SH: What do you hope listeners take away from the song?

F: I hope they can relate to it and I can make them feel something. I want them to accept that they're afraid to do something, but still do it anyways. If I'm passionate enough about it, what've I got to lose? I also hope it's the type of song you can turn up really loud in your car and scream with your friends.

SH: Do you have a favorite song you've ever written?

F: I always say that's like picking a favorite child! I like them all for different reasons. I have this song out called "Poison," and when I'm in a darker place, I'll listen to that song to kind of embrace being on the sadder side. But then I'll listen to "Pilot With a Fear of Heights" when I'm in a really good mood or when I'm in a car and I can put the top down. I guess it really depends on what mood I'm in.

SH: What's the most difficult part about song-writing, or even just sharing your songs with the world?

The hardest thing about sharing my music with people is hoping they can relate to it and find a bit of comfort in it. When somebody messages me and says 'Oh my gosh, this song really helped me,' it's really special to me. I hope people can find comfort in my music. I get like nervous and excited about that. 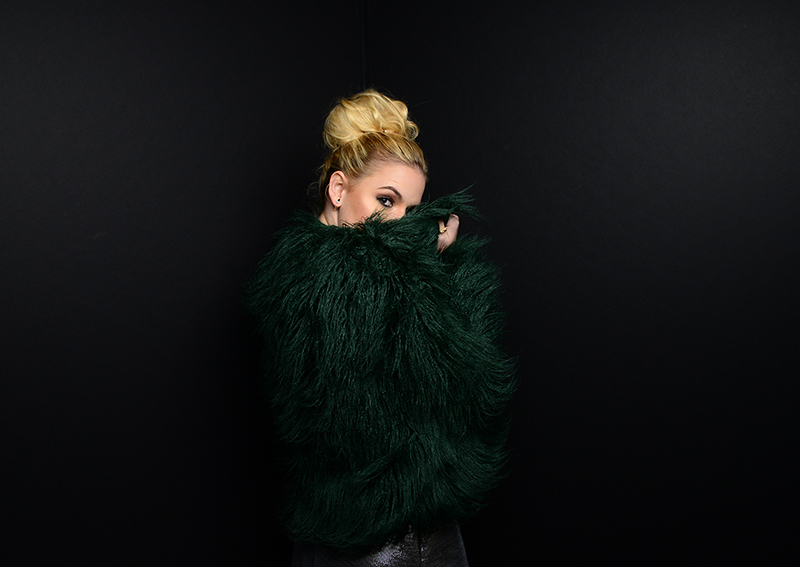 SH: Do you find it difficult to share some songs over others because of the stories behind them?

F: I kind of think that's part of what being an artist is. It's about putting yourself out there and seeing who takes to it. The more vulnerable I make myself, it almost makes me feel safer with people who enjoy my music. This is all of me in a song, in the most naked way possible and you're listening to it. You're listening to a piece of me—a very, very raw piece of me. It's kind of like a weight off my shoulders in a way.

SH: Who are some artists you really look up to, or would even want to collaborate with in the future?

F: My three childhood idols were Tracy Chapman, Céline Dion and John Denver. I've probably been a Céline fan since like the womb. She's such a powerhouse. She's so timeless to me. I listen to her like every day. On my Spotify, she's always someone I've recently listened to. John Denver, he has this one song called "Annie's Song" that always sticks out to me because of the violins and string instruments in there. And then Tracy Chapman because of her tone. She can hold the same note for such a long time and you can still be so infatuated by it, because her tone is so enthralling.

As far as collaborations go, I love Jon Bellion. He's my favorite currently. His lyrics make me crazy, they are so good!

SH: What's the best piece of advice you've ever received?

F: Well my mum always told me 'The harder you work, the luckier you get.' When I moved to America in 2015 to actually establish that I was doing music, it really did hit me. I've always taken that in. That and, this is super cheesy, but be super confident in everything you do and be committed to it, because that's who you are as an artist. 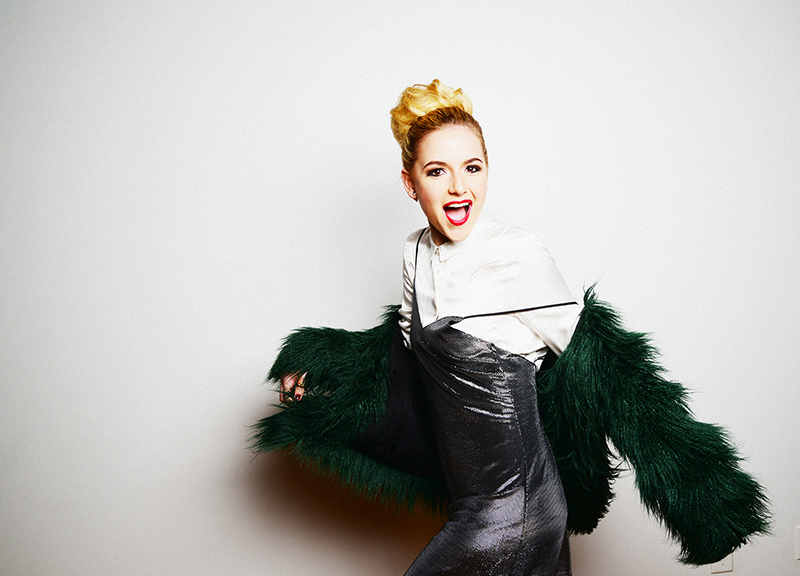 SH: Where do you hope your music takes you?

F: The more I do it, the more I discover my artistic self. I just kind of hope to define myself even more as a musician and as an artist. And then through that, hopefully find a very definitive sound and then share it with lots of people.

SH: What can we expect from you this upcoming year?

F: Hopefully lots of super exciting stuff! I plan to release more music. I love connecting with people on a musical and personal level. I love when people will message me and keep in touch with me, so just connecting with a broader audience. I'm going to do as much as I can and work really hard this year, because I'm ready for it!

Felicity isn't the only artist whose music we're constantly jamming out to. Get to know one of our fave YouTube artists Tyler Ward HERE.