Indie pop singer Fleurie is well-known for her dreamy sound and intimately raw lyrics, and today, with her new song "Millenium Angel," she's back at it and better than ever.

In the song, Fleurie sings from the perspective of a teen girl growing up in today's day and age. She has some big plans for who she wants to be, how she'll fit in and the success that will bring her—even if that means being someone she's not. It's an idea we can very much relate to, and we were lucky enough to get to ask Fleurie herself all about how the song came to be and what it means to her.

Sweety High: What was the songwriting process behind "Millennium Angel"?

Fleurie: I actually wrote this song in two pieces—the song up to the bridge was written in L.A. with my friend Scott Effman in 2019, and then finished with Carrie Karpinen last year while she and JT Daly were beginning to explore producing this record with me in Nashville! She helped me write the bridge outro that I love so much.

SH: What does being a "Millennium Angel" mean to you?

Fleurie: The song is about what it's like to be a girl coming of age in this social media era of history where we're all cultivating and growing our own personal brands as people. That's just what it is to want to "fit in" this world in this day and age! It's our "normal" 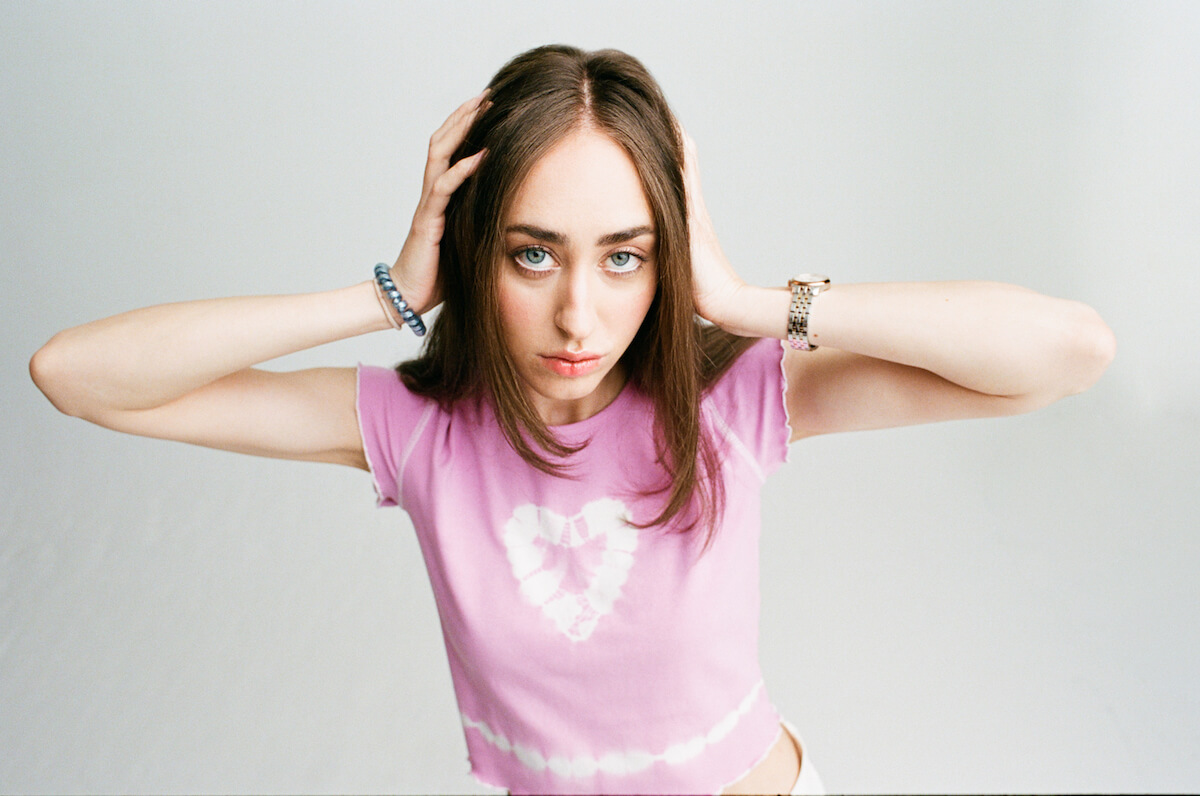 SH: The song seems to look to the future, and discuss how people change themselves over time. Do you feel like that's a process you've gone through recently? What does that mean to you?

Fleurie: Yeah, this is my second single from a concept record about a girl moving to L.A., so this is sort of the first pages of the story—she's reflecting back on what she sees others doing to fit in and be accepted there.

Personally, yeah, I think I've spent years trying to find who I am as an artist, and it's ever-changing. I'm learning to believe in the beauty in whatever I'm drawn to in a given season and lean into it without overthinking it! A big part of that is simply believing you're enough as a person and artist and not striving to be liked by everyone but instead endeavoring to share yourself authentically.

SH: How does the dreamy sound of the track match its themes?

Fleurie: For a teenage girl (like my story's lead character!) it's exciting and then overwhelming to "create yourself" from fashion and external things. I think I often still see life through a starry-eyed lens while acknowledging the pressures and disappointments that come alongside the fun and magic of being human in this day and age.

SH: How does the track show off a different side of you than what your audience has seen before?

Fleurie: I think it's a lot more "girly" (for lack of a better word) than anything I've done before! I've never really written a song about being a girl and growing up in the digital age.

SH: Do you have a favorite lyric from the track? What do you love about it?

Fleurie: Yes! It's actually my favorite lyric on the album I think—"Smile with your heart on your sleeve," because I think that's a beautiful way to live life—stay open and vulnerable even after life knocks you around a bit, choosing joy and choosing to share yourself with those you love.

SH: What has been the most exciting moment of your musical career so far?

Fleurie: Probably playing Tokyo at the end of 2018 because it's my favorite city in the world!

Fleurie: I'd love to encourage anyone who reads this to not give up on finding and pursuing the things that make them come alive, finding their people and finding out how much their Creator loves them. The world needs people who live life fully alive! We need your life and your light. You're loved ❤️

Want to find out what other incredible music is out this week? Click HERE to read our interview with Tiggi Hawke on her stunning new Joel Adams duet, "You Are for Me."