Get to Know Nashville's Most Historic Chocolate Factory

When we think about Nashville, Tennessee, we probably first think about their famous country music industry. But we wanted to learn more about the sweeter side of this city's twangy history.

Cue the Goo Goo. This chocolate-covered nut cluster dates way back to the early 1900's, making it one of Nashville's most significant treats created in their most historic chocolate factory, The Standard Candy Company.

Scroll below to learn more about this candy's sweet history. You'll never guess how the cluster got it's name!

The Horse and Buggie Days

The Standard Candy Co. was the brain child of Howell Campbell, who gained popularity in Nashville by selling delicious candies from his horse and buggy. After the seamless success of his on-the-go candy business, he founded what is now Nashville's most historic chocolate factory in 1901. 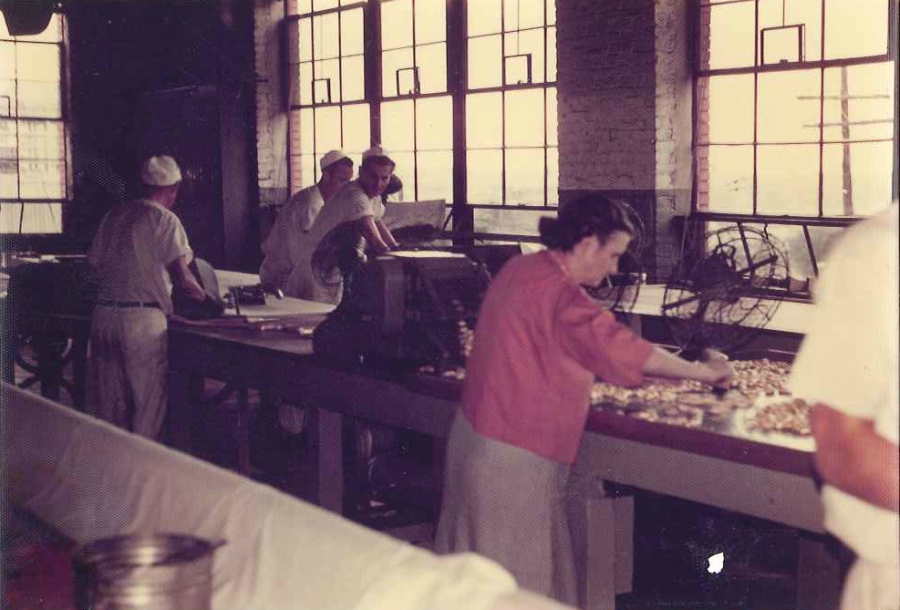 While the factory was known for its popular King Leo peppermint sticks and Bell Camp boxed chocolates, it wasn't until Howell invented the Goo Goo Cluster in the privacy of his own home that the factory became revolutionary. 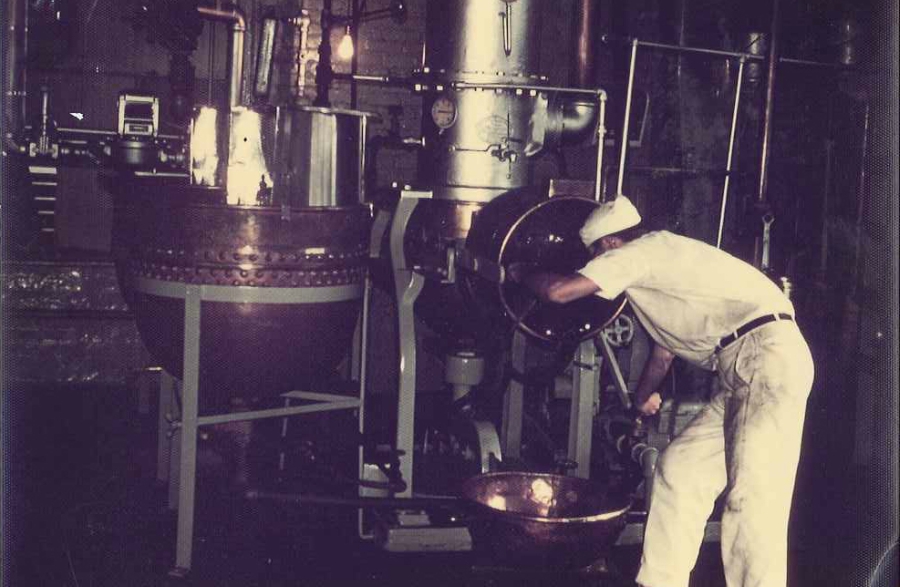 Goo Goo Clusters may seem to have all of the practical chocolate bar components—chocolate, caramel, marshmallow and nuts—but back in the day, sweet treats didn't combine multiple principle ingredients. We're talking bars made exclusively of chocolate, caramel or taffy, but never the twain should meet. 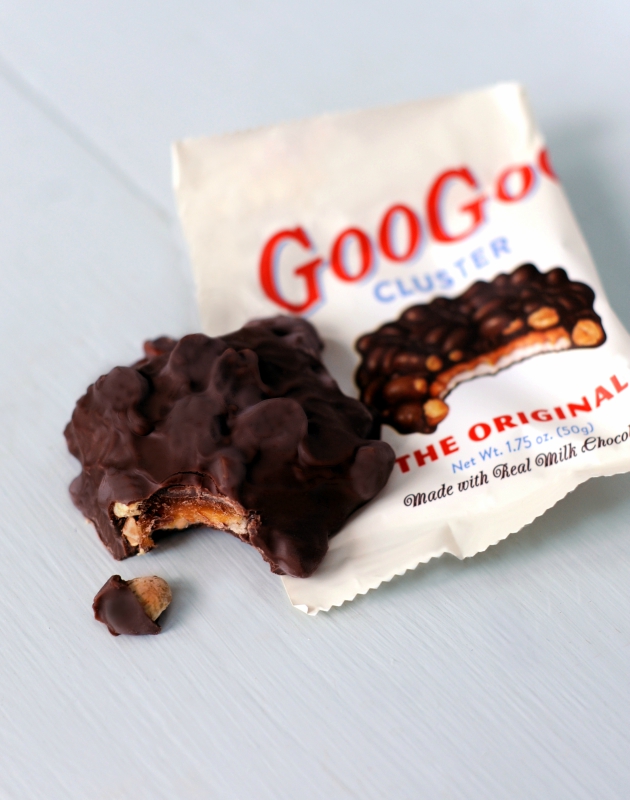 Until 1912, that is, when Howell introduced the cluster to his friends and family who couldn't get enough of the combo. Yes, you heard me correctly. Howell invented the very first combination candy bar which skyrocketed the success of the Standard Candy Co. chocolate factory.

The one hiccup? Because of the cluster's unusual shape, which strayed from the regular rectangular chocolate bar, the candy proved difficult to wrap. The bars had to be wrapped in tin foil individual by hand. Thankfully those tedious days are long gone and now the factory can produce 20,000 Goo Goos in an hour. How else would we be able to get our chocolate fix whenever and wherever the craving strikes?

What's in a Name?

So how exactly did this delicious candy get such a, well, odd name? While the answer remains unknown to this day, there are a few stories that continue to make the rounds. A particular favorite of ours is quite literal.

Apparently, Howell used to take the streetcar to work and chat with his fellow passengers during the drive. One day while telling a school teacher about his son's first words, the woman suggested that "goo goo" be the name of the cluster. Because the candy is so good, people will ask for it from birth, she suggested. In our opinion, it seems like this woman needed a change in profession as she had quite the knack for advertising! 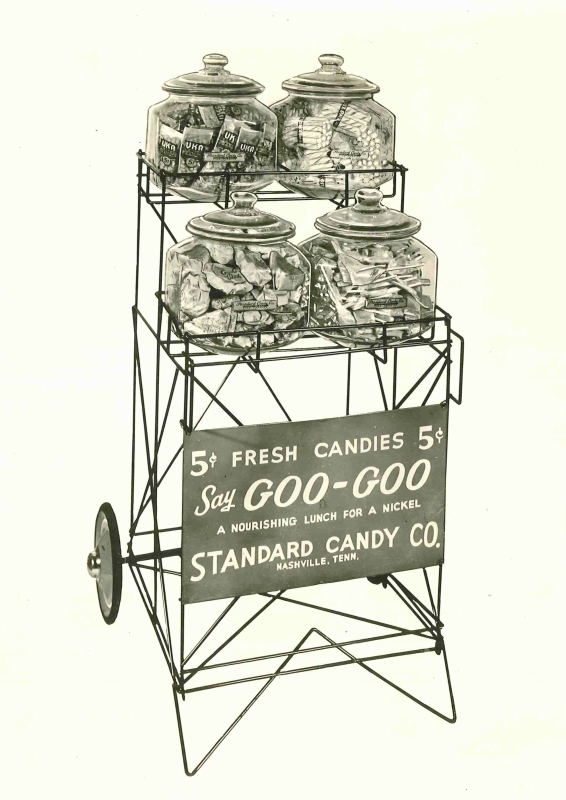 While the candy factory passed through different hands over the years, it continued to grow.

By the '80s, the Original Goo Goo branched out with new ingredients. The Supreme Goo Goo was introduced followed by the Peanut Butter cluster.

In the early '00s the company even branched out into nutritional and functional bars to satisfy the shifting industry. 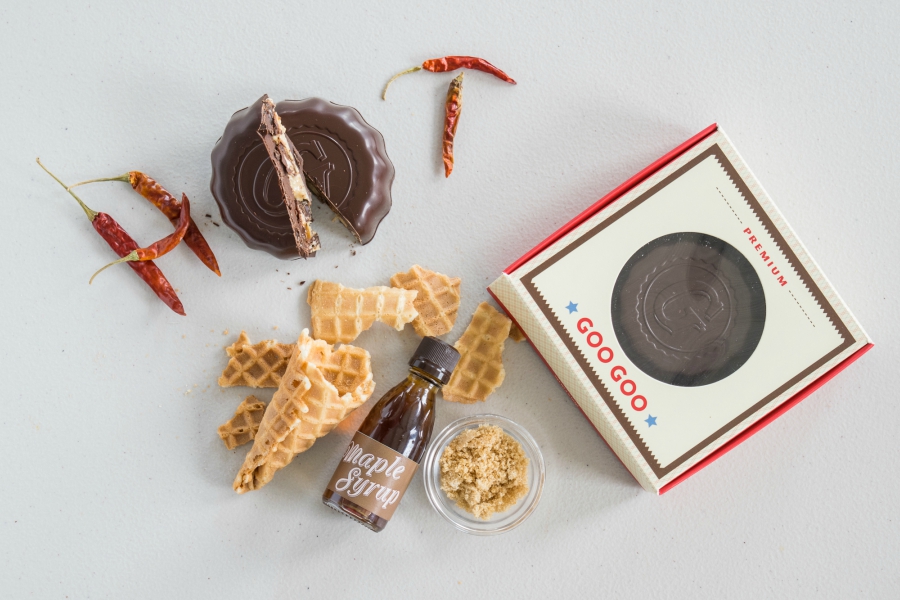 But possibly the most exciting news for the Goo Goo Cluster came after it celebrated its 100th birthday in Oct. 2012 when, just two years later, a retail store dedicated to the candy was opened in downtown Nashville.

Along with ordering the Premium Goo Goo (sold exclusively in store) and perusing the chocolatey merch, you can now also pull up a seat at the Dessert Bar and enjoy house-made cakes, pies, cookies, shakes and sundaes.

The candy may be more than 100 years old, but innovations in its ingredients and packaging help keep this chocolate looking young and fresh. 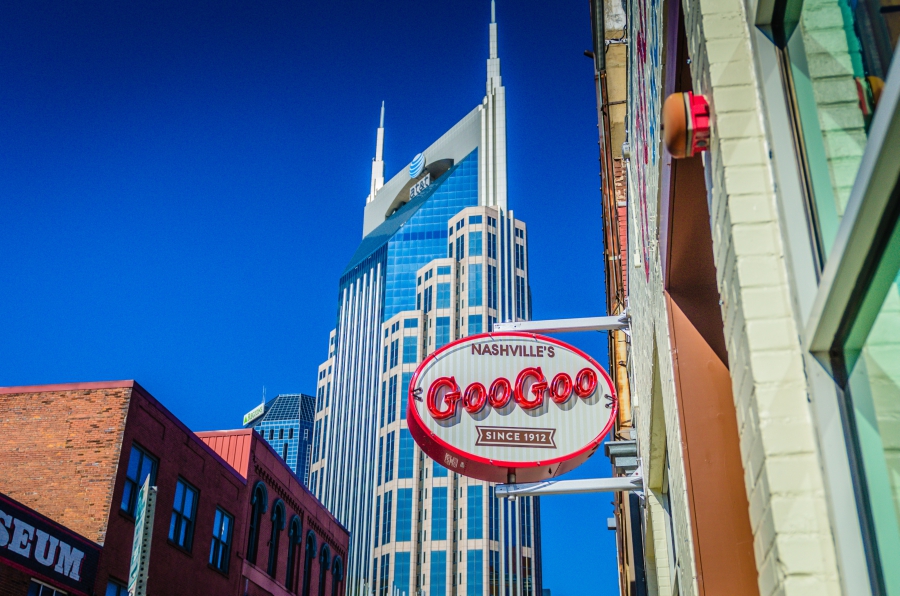 We're definitely adding Nashville's Goo Goo shop to our road trip bucket list. Click HERE for 10 other magical cafes from around the world that we have to visit some day!