Grace VanderWaal: My Career Is 'Super Overwhelming' But I 'Love' It

Long before TikTok launched everyday people into overnight celebrities, a 12-year-old girl from Lenexa, Kansas, won America's Got Talent in 2016 and took the country by storm.

Grace VanderWaal, now 16, hasn't stopped since her immediate rise to fame. And unlike other faces who have risen quickly and fell, the starlet continues to prove that slow and steady wins the race.

Following a trio of EP and full-length album releases, the musician is dipping her feet in the acting pool with a starring role in Disney+'s STARGIRL, which launched on the streaming app today.

"Everything about this is super overwhelming, whether you've been working for it for years or it just came to you immediately like it did for me," Grace told reporters when Sweety High attended a set visit in New Mexico for the film. "Either way, it's just as overwhelming. I feel like the industry in arts, no matter what it is—whether it's music or acting or painting or whatever you may do… we know so little about it, so it's really overwhelming when you get thrown into it."

But the instant craze that fame brought her hasn't fazed the star.

"It's also really fun doing a movie," she said. "I love new stuff and I love change."

In the film, based on the Jerry Spinelli-written novel of the same name, Grace plays the titular character, a formerly homeschooled high school student who's shunned by her peers when she enters a new school and is instantly labeled the "weird" girl. The film takes you through Stargirl's journey to first love and self-acceptance. 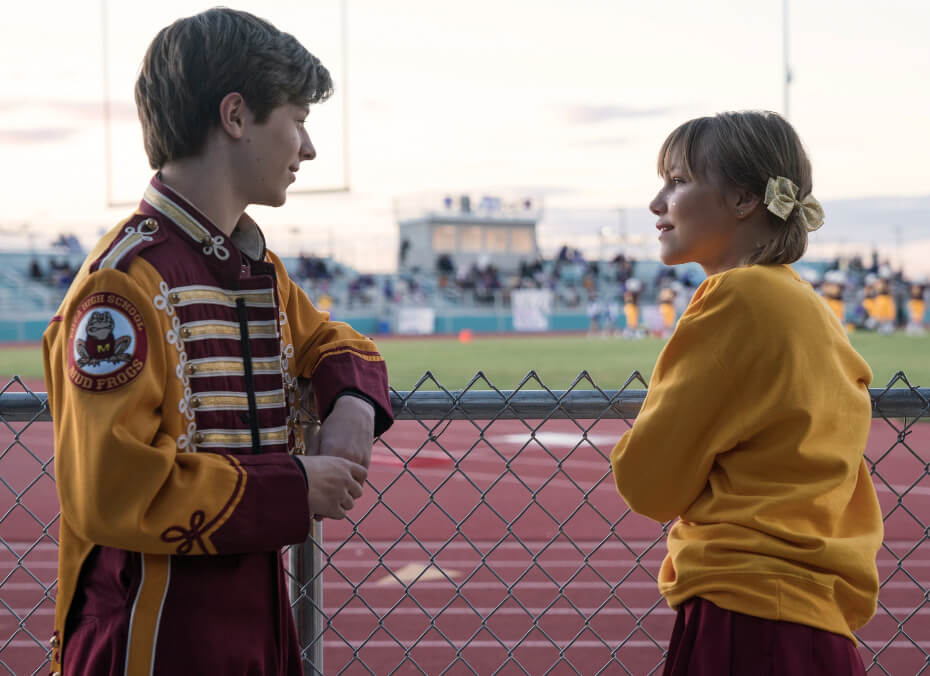 "[Acting] is very nerve-racking," Grace said, reflecting on her first stint in the business. "I'm not the type of person who gets really nervous about things until like right before. So I was super calm about this whole thing until my first week of shooting. When you're talking, you're not really thinking about the words you're saying as you're saying them. But when you're acting, you're fully aware and over-thinking everything about what you're saying. Like the way you said it, the tone, the way you breathed."

Karan Brar also stars in the book-to-film adaptation. HERE's what he had to say about the movie.